Call of Duty: WWII War Machine DLC Review – Emerging From the Shadows Ever So Slowly

Though Call of Duty: WWII has packed some serious heat up until now, and while the first DLC wasn’t exactly earth-shattering, game-defining material, it was a decent addition to an action-packed boot on the ground experience. So how does the War Machine DLC, stack up? Let’s dive in and find out.

For as far back as I can remember, Call of Duty DLCs include four multiplayer maps, one of which is always a remake, and a zombies experience. This War Machine DLC however, offers a slight change in the formula. Okay, so it still comes with four multiplayer maps and a zombies map, but it doesn’t have the usual remake from a previous game and that seems like a pretty big deal. It means that we actually got four brand new multiplayer maps, albeit one can only be played in the War game mode. Either way, I’ll take the change.

Changing Up The Formula

So what’s being offered this time around? Sledgehammer has given us three multiplayer maps: Egypt, V2, and Dunkirk, a new War map: Operation Husky, as well as a new Nazi zombies adventure: The Shadowed Throne. With the addition of the three multiplayer maps that can be played for a variety of game modes, Call of Duty: WWII is beginning to feel bigger. Gone are the days where it felt like you’d play the same two maps on repeat for hours, and that’s definitely something to celebrate.

Egypt is the first multiplayer map of the War Machine DLC, and let’s just say it’s one for the books. Not only is a sight for sore eyes, but it’s a map for all types of players to be happy about. Not only does Egypt provide long sight lines along each of the outside lanes of the map conducive for the snipers, it also has a close quarters temple in the middle for the run and gunners. Of course, the temple also provides cover for the campers, as well as plenty of places to hide for those who prefer to pop their head out and gun someone down with their shotgun. If you wanted to take a trip back in time and find out what it may have been like near the pyramids of Giza, now’s your chance.

V2 is a rocket development and test facility based out of Germany, and boy does it give players an opportunity for explosive gunfights. Despite this map being much smaller in size, there are still a couple of very nifty perch points for those who like to take in the view before sniping everyone who comes into range. As V2 is arguably just one little circle of a map, there are a couple of smaller buildings along the outskirts of the map that you can try and sneak through and flank your enemies. If that doesn’t work, however, there’s always lots of action going on in the center of the map, near the main rocket facility. Just be careful you’re not on the bottom here when the alarm goes off because you’ll quite literally be incinerated. Overall, V2 is balanced quite well, never quite giving a specific type of player an advantage over any other.

Unfortunately the same cannot be said for the third and final multiplayer map Dunkirk. Despite it feeling the most World War II like out of all of the maps of this DLC, and even more than plenty of the others already in the game, it’s an extremely unbalanced map. While it looks great, with the one side tightly wound by various buildings of the boardwalk it’s based off of, and the other side a wide open beachscape, it’s nothing but frustrating to play. Hell, you’re lucky if you can manage to even make it out of your spawn without dying. This is a snipers paradise through and through, and while that definitely appeals to some players, it’s probably not one that many want to actually play. 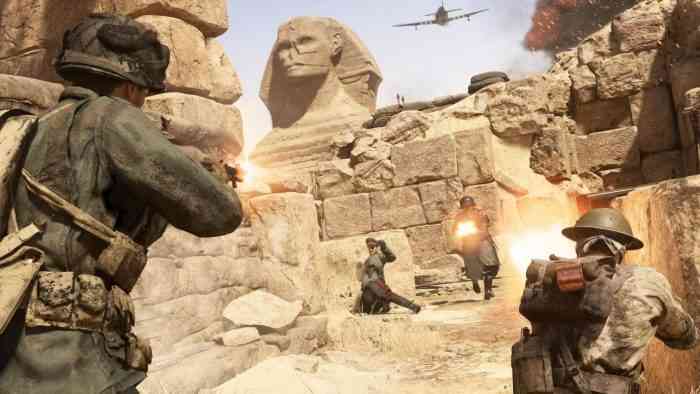 At least, the first two objectives in Operation Husky make this latest addition to the War game mode bring something great to the table. In fact, the first two objectives feel a lot less familiar, and a lot more exciting than a typical game of War. Not only does it feel a lot like more game modes all in one place, with the first objective feeling a lot like capture the flag, and the second, a lot like demolition. In addition to the differences found in this latest War map, there are also some sweet new equipment pickups to help either defend or secure the objectives. When attacking, you have access to molotov cocktails, and when defending you have access to supply drops, as well as tripwires. All of these require you to pay that much more attention to the objective at hand.

Unfortunately, for as entertaining as the first two objectives are, Operation Husky ruins a good thing in the third and final objective. Sure, aerial dogfights sound fantastic, however Sledgehammer just wasn’t able to pull off an experience that even resembles what fun should be. It’s a mess from start to finish. From the terrible controls, to the inability to maneuver the sky well, it seems like someone from the development team said, “Hey, let’s just throw this in here,” without figuring out how to execute the plan well. Now I’m not saying that it’s not a great idea, or that they can’t fix it, however as is stands right now, the aerial dogfights bring the entire Operation Husky map down in flames, and it’s a real shame.

On a completely different note, however, the latest Nazi zombies experience really kicks it into overdrive. The Shadowed Throne, while not quite as scary as the last zombies adventure The Longest Shore, brings its own feel of desolation and despair. This latest zombies map takes place in the heart of Nazi Germany, where Berlin is burning to ground amidst all the chaos. Despite no crazy new boss zombies to be found, The Shadowed Throne possesses some of the best features zombies as a game mode has to offer, plus there are a few small surprises along the way. From a large and well designed map, to relatively easy easter eggs, this latest zombies installment is not only entertaining but time-consuming as well. 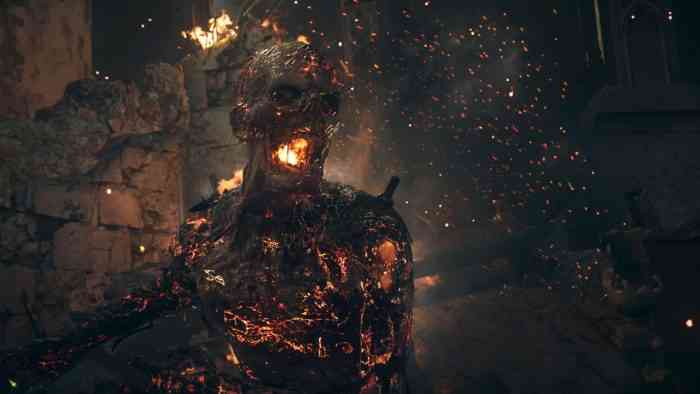 I’ll admit that while zombies was different, fun, and colorful in Infinite Warfare, this is the first time since the zombies map Giant, from Black Ops III, that I’ve actually made a point of jumping into zombies alone when the multiplayer grind becomes too frustrating. The Shadowed Throne caters to all types of zombies players. From the ones like myself, who would rather just run around training and shooting zombies, whilst easily unlocking pack-a-punch, to those who love a convoluted sequence of events, this map is just damn good.

This War Machine DLC is arguably better than the first, with two out of three general multiplayer maps adding inspiration and excitement to the game, a new halfway decent War map, and a fun Nazi zombies experience, but only just. Unfortunately, that’s because the aerial dogfights put a damper on an otherwise exhilarating Operation Husky and what should’ve been a fantastic addition to the World War II map collection in Dunkirk ends up being a bit lackluster. Thankfully, Sledgehammer seems to be listening to fan feedback, so hopefully, they’ll be able to give us some amazing content in a few months time when the third DLC rolls out. Plus, what’s not to love about actually getting all new content, with no remake in sight? I for one, am excited about what the positives of this DLC mean for the next.

Call of Duty: Vanguard Lets Players End Matches With a V2 Rocket
Next Raiders of The Broken Planet: Hades Betrayal Review – One Hades of An Overhaul
Previous Tower of Time Review – Descent into Radness