I don’t have any experience with traditional CRPGs. To that end, I was pretty sure this game was gonna be a murderous slog, one that I would have to endure rather than enjoy. Turns out I was only half-right. Tower of Time is still a savage journey, but it’s one that compels me to keep coming back for more.

You first encounter the tower as a child. After you’re sized up by the forces within, they proclaim your chosen status and usher you out the door. Years later you return, determined to explore until you’ve discovered a power that can save your dying world. The setting is a sort of post-cataclysm afterimage, a world that’s forgotten the wonders and horrors of its past. My curiosity was piqued early on once I discovered that the tower was upside down. Driven into the earth by a mysterious power and hidden from prying eyes by forgotten magic. Rather than overwhelming you, the narrative has just enough presence to keep you curious about what comes next. Although my primary focus was combat and exploration, the plot provided an effective hook to keep me descending ever deeper.

Combat in Tower of Time revolves around the Slow Time mechanic. Battles play out in real time. If you’re not real liberal with that button, the enemy will flatten you while you’re trying to plan your next move. It’s a bit embarrassing, but I had to lose a few battles before I clued into just how important this function is. At first, you’ve only got two characters to juggle with a handful of skills. By the time you pick up a full party of four, every battle is a dizzying dance. I was laid out by a lapse in judgment multiple times. Oddly enough, this never discouraged me. Rather, I went immediately back in and tried again. If a battle proved too difficult to overcome at a particular difficulty setting, I almost always gave it five or six more attempts before giving up. That is to say, I ‘gave up’ by switching to easy mode. At no point did I feel discouraged enough to quit. Even my most humiliating defeats were a valuable, enjoyable experience. 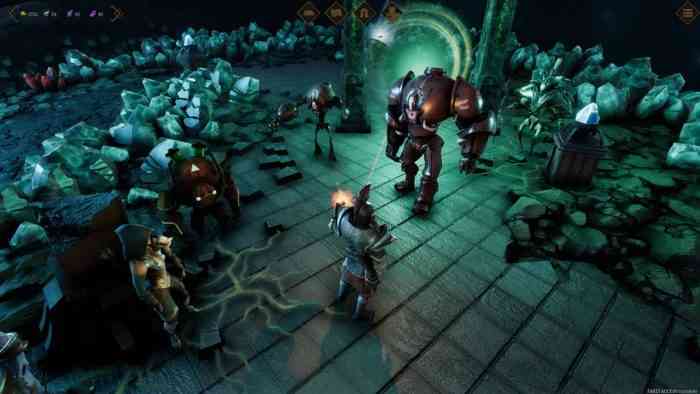 Exploring the tower feels like more than filler between battles. The levels are laid out in such a fashion that you want to go everywhere and find everything. Even the gold scattered around every area has its own tangible purpose. There are puzzles to deal with, but they never frustrated or bored me. On top of their smart design, every section of the tower looks terrific. Part of my impetus to uncover every part of the map was tied to the aesthetic at work. The spell effects and the enemies are also quite appealing. Even the cutscenes were presented in a way that kept me engaged.

I encountered a heaping helping of loot during my time in the tower. Like most RPGs, a lot of what you pick up will be pretty useless, at least at first. Thankfully you acquire a couple of techniques to turn that endless pile of junk into fungible gear. First, anything you can’t use can be dismantled into gems. Second, decent gear can be made better through enchantments and the Item Forge. I didn’t get much mileage out of the enchanting system, as you need to find said enchantments first. With the Item Forge, you can spend gems to boost individual items stats. Suddenly all that terrible gear I was dragging around had a purpose.

Another element of customization comes from skill and stat points. Between this and the item forge, you can do a lot of min-maxing. On top of that, both of these point systems can be reset with little trouble. If you suddenly need to change your strategy halfway through the game, you can do so. The one system I wasn’t especially fond of was leveling up. Your characters are already the best warriors around, so they’re unlikely to get any stronger on this quest. Instead, you find blueprints to expand your home base and train people into getting stronger. It’s a slow, plodding system that forces you to rely on strategy instead of brute strength. I understand the reasoning behind it, yet I still wish it didn’t take so long for your party to grow.

Great RPGs make every battle feel necessary. At no point in my journey did I ever feel like I was grinding away or wasting time. Instead, my victories were hard-fought and properly savored. Although I’ve little experience with CRPGs in general, I did my level best to keep the difficulty at normal. My only concession was the portal battles. More so than even the boss fights, these stages felt like a brick wall against my forehead. After hours of suffering, I gave up and lowered it to the easy difficulty. Just for that battle, though! Afterward, I notched it right back up to normal. Even this felt like a personal failing, rather than some issue with the game’s design. In spite of these stages, the loot and the leveling system, I was never discouraged or bored. Between the pitched battles and the beautiful level layouts, I was always itching to get just a little further. If you’re a fan of CRPGs or just RPGs in general, you can’t go wrong with Tower of Time. 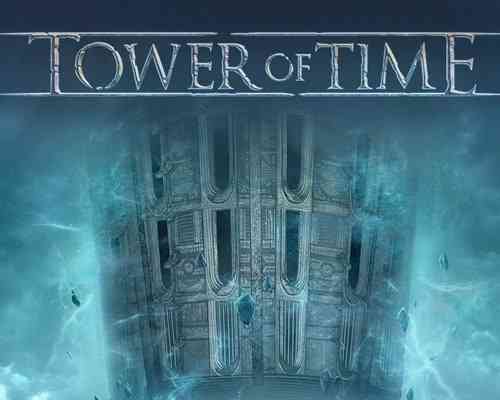