Brut@l Review – Hacking and Slashing Away at the Past

Today’s indie game scene owes a lot to 1980’s rogue-likes. A decade before my sweaty palms ever graced an NES controller, the world’s first programmers were forging the structure of the genre in their spare time, using a variety of ASCII numbers and text characters to represent warriors and wizards, orcs and goblins, viewed from a simulated top-down perspective. The idea of randomly generating levels was a eureka moment for the medium, which wasn’t even really a medium then, and those same ideas now pervade the independent games community, inspiring IP’s like Rogue Legacy, Spelunky, and countless others to expand on those systems in exciting ways. Brut@l does the opposite.

The developers have faithfully adapted those original class-based hack-and-slash dungeon crawler concepts into a current-gen graphical framework without adding any of the new-wave bells and whistles you get with modern genre titles. You start by selecting one of four classes – Warrior, Mage, Ranger, or Amazon – and are quickly thrust into the fray. You bash and thrash your way through room after randomly-generated room, picking up weapon schematics, health and crafting items as you attempt to achieve your ultimate goal: find the exit and get to the next floor of the dungeon. Each floor ramps up the difficulty, adding elementally-imbued enemies and trap-laced chambers. Test your might and gain experience points that can be spent towards a number of upgradable skills. Rinse, lather, repeat.

“While there are four different classes to choose from, none of them feel all that different from each other.”

Brut@l doesn’t offer much more depth beyond that cycle, which can get very repetitive. That sense of tedium is exacerbated by an almost severe over-commitment to the genres origins, which, in the modern era, leave it feeling shallow overall. While there are four different classes to choose from, none of them feel all that different from each other. They each have virtually the same button layouts, and the exact same upgrade trees, meaing a Mage and Amazon can feel entirely identical, right down to using same weapons and skills. You can trudge through the dungeon with up to three compatriots, but those similarities means there’s very little opportunity to combine moves or abilities to tackle tougher opponents. 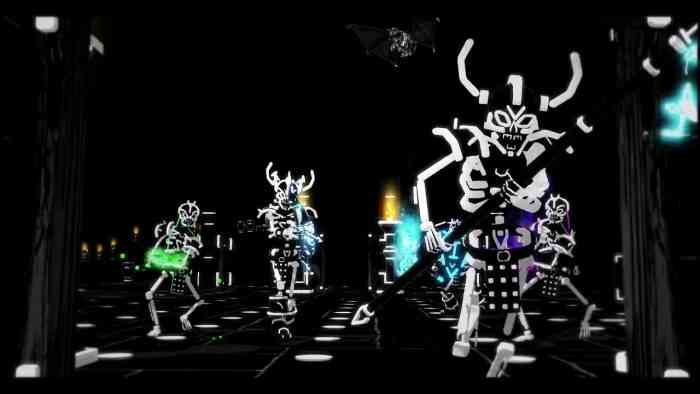 There’s also the problematic use of permadeath. You have only one life to live per play-through – although extra lives can be purchased by making monetary offerings at temples randomly strewn about the dungeon. If you are playing with friends, they can revive you by hoofing it back to the start of the floor you’re on and holding down a button for a few seconds – though it seems odd to place a timer on that function. If you’re playing in single-player mode, however, death means you start right back at the top of the dungeon at level 1.

That in itself isn’t so bad in an age where Dark Souls is all the rage, but often-times death comes at no fault of your own. Nothing makes me want to put my controller down faster than reaching the 15th floor of a dungeon, only to be whisked back up to floor 1 because running towards the game’s fixed camera meant I fell down a pit that I wasn’t able to see coming. That kind of oversight should be intolerable in this day and age, regardless of Stormcloud Games’ reverential intentions.

“Hallways are outlined with hash symbols, doorways are represented with plus signs, crafting items are letters of the alphabet, and the dungeon map is a faithful top-down expression of a traditional rogue-like.”

Brut@l’s greatest asset, arguably, is its visual style. Much like the forefathers it attempts to honor, the entire aesthetic is a combination of black 3D shapes adorned with white lines, dots, and letters. Hallways are outlined with hash symbols, doorways are represented with plus signs, crafting items are letters of the alphabet, and the dungeon map is a faithful top-down expression of a traditional rogue-like. It’s definitely unique, and I won’t deny that it was my primary point of interest going into this review. But in the face of its shallow depth and questionable design decisions, the graphics become both Brut@l’s most memorable quality, and little more than a novelty.

Brut@l is a visually unique game that initially feels fun and frantic, but quickly falls prey to a kind of frustration and tedium that will only appeal to a small subset of an already niche fan base. There is a ton of potential for greatness here, but that potential is ultimately squandered in the name of creating a dutiful tribute to a bygone era. 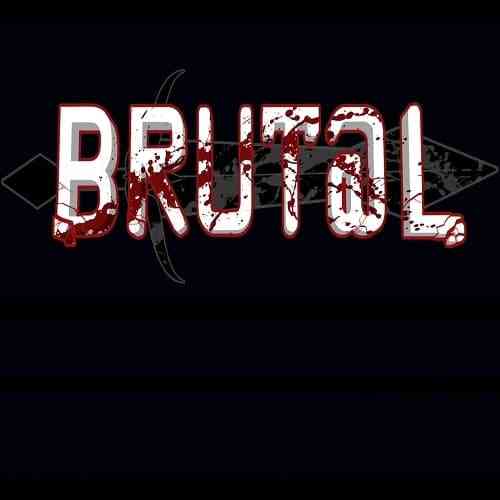