Blue Fire Review – Rekindling Flames of the Past

Particular franchises have changed the course of the gaming industry. Titles like Zelda inspired the art of adventure whilst others such as Dark Souls showed innovation with its core gameplay loop. Blue Fire, a 3D platforming adventure developed by ROBI Studios, clearly wears its influences on its tunic sleeve; however, will this amalgamation of familiar elements combine to be a masterful entity or a horrific Frankenstein’s monster of misshapen parts?

Awakening in a desolate world, scattered with corpses, you are tasked with freeing Penumbra from the darkness infested within. As you explore mythical temples, meet strangers and complete quests, the subjective narrative begins to unravel in this wonderful adventure that will keep you enthralled. The world follows the conventions established by the Souls series; from the gothic architecture to the abandoned interiors that were once full of life, each aspect of the environment helps to build the overarching narrative. Hub areas contain Shrines that act like bonfires from the aforementioned franchise. You are able to rest and recover, which will respawn enemies or upgrade your character. Branching out from these areas are more traditional Legend of Zelda-esque dungeons which contain odd puzzles and a barrage of platforming escapades.

Shadows of Those That Came Before

Differentiating itself from the titles mentioned previously, Blue Fire focuses on precision-based platforming and it is excruciatingly excellent. Harnessing the spirit of Prince of Persia, A Hat in Time and Super Meat Boy, you are required to dodge, dash and dive your way through a vast range of difficult and perilous areas. Throughout your journey, you will unlock several items that improve your platforming abilities and these are put to the test in the dreaded Void Gates. Offering a range of diverse courses, you will be required to perform feats of platforming greatness in order to receive the reward of an extra heart upon completion. Mechanically, the platforming is solid and due to this, failure in these challenge rooms falls down to the lack of skill of the gamer rather than cheap level design. 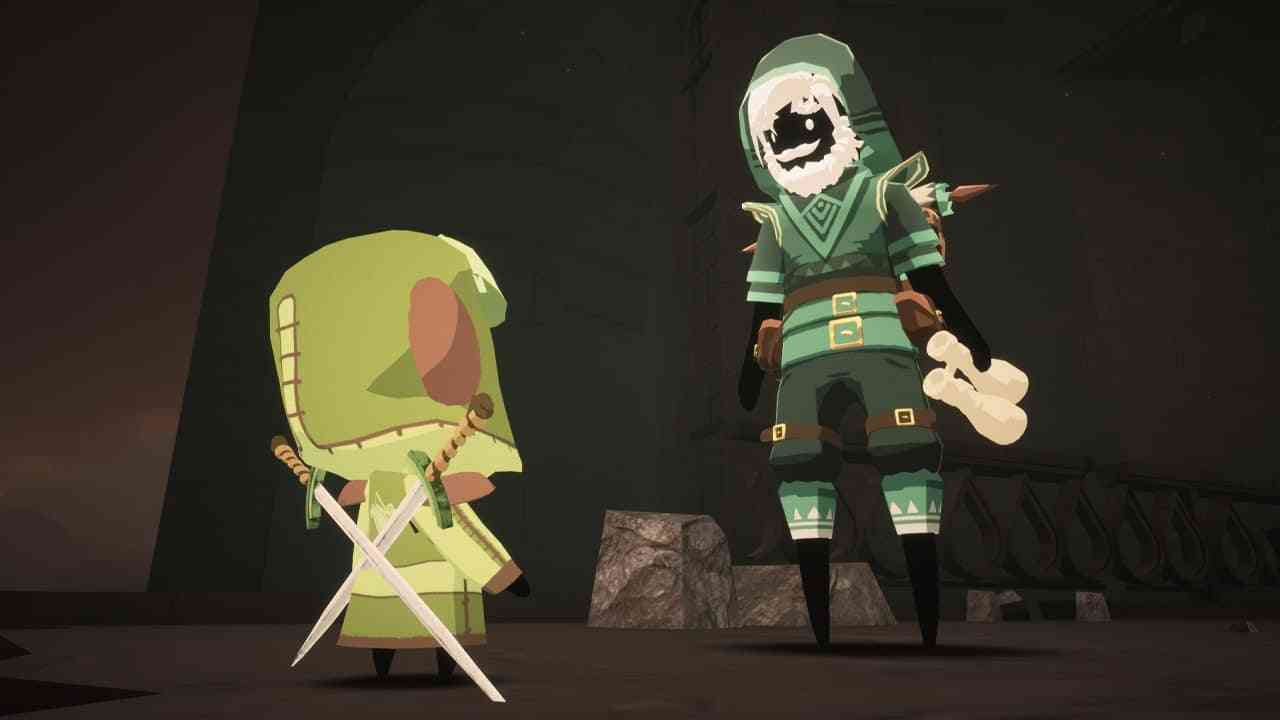 Combat in Blue Fire is a mixed bag. Following in the footsteps of other adventure games, all the traits are present in their lackluster glory. Although the enemy encounters are fine, they never rise above being mediocre. The Zelda inspired foes drop Ore when defeated. This acts as currency and can be spent on a range of items at merchants, unlocking Shrines and pimping up your tunic. If and when you die, you guessed it, a shadow of your former self will stand where you perished. Upon retrieving your shadow, you will gain all the Ore you lost but die before retrieving your shadow and that precious Ore is gone forever. Although this is completely lifted from other games, it feels fresh in this platform focused adventure game.

The cell-shaded art style is reminiscent of the incredible Legend of Zelda: Wind Waker. Some areas are entrenched with mysticism and feel as if you are exploring a fantastical world full of magic and wonder, whereas other parts feel like labored designs with muddy textures. Although personality shines through the environment, character designs are simplistic and lack the characterization of the world. Enemies feel consistent with the area they inhabit, their design lacks imagination and variety. Opposing this are the characters you encounter throughout the world; these strange and unique personalities are a joy to converse with as they offer insight into the history of Penumbra. 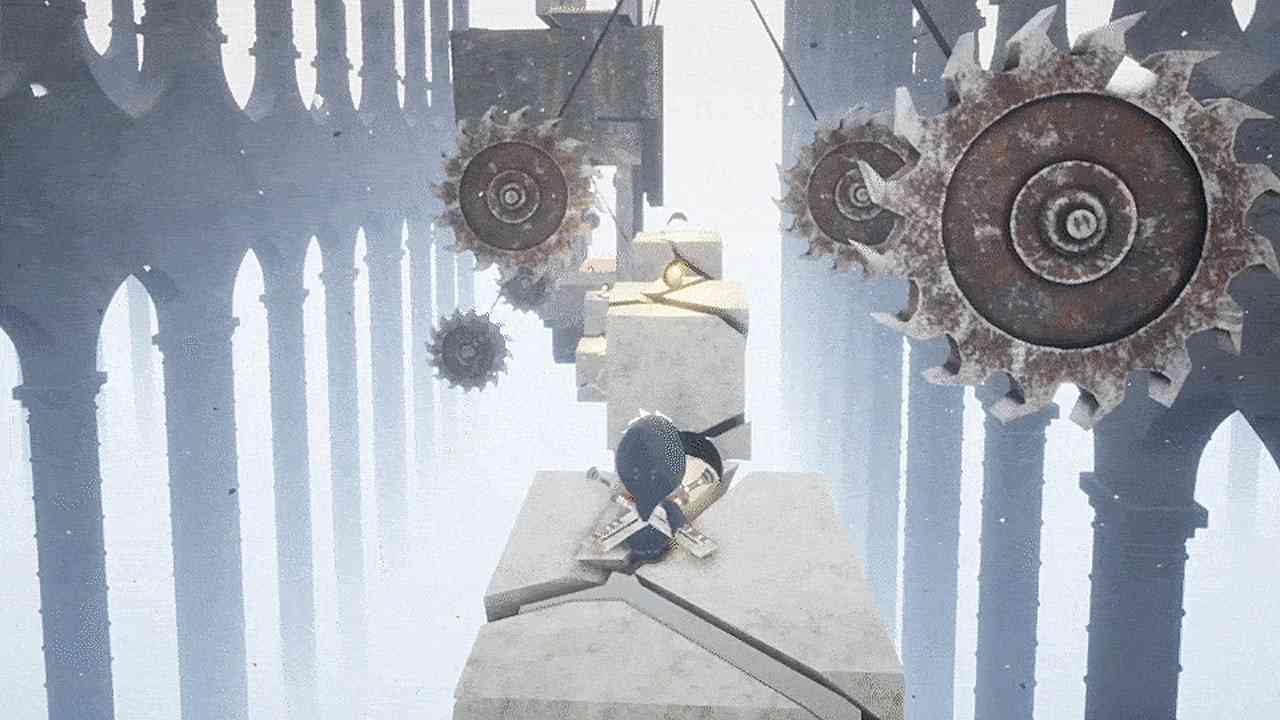 Accompanying you throughout your adventure is the epic soundtrack that evokes a Tolkien-esque world. Forests are filled with jaunty sounds which link to the playful nature of the stories that exist in the area; whereas, the gothic cathedrals echo with haunting drones and build to pulsating proportion with enemy encounters. Each emotion is successfully conveyed through the score to ensure the purpose of each area is fulfilled. Unfortunately, I did encounter a few issues during my time in Blue Fire. The frame rate fluctuates but not to the point where it affects the enjoyment of the game, however, the issues with the camera can be detrimental to platforming segments. At times it can be difficult to see where you are required to go which can result in failing the reflex-based platforming sections.

Blue Fire is an intriguing combination of several games that came before. Its focus on challenging platforming sections makes it stand out from other adventure games that rely on tried and tested methods. Wall-running and dashing across complex courses is a thrill and will appeal to those who enjoy challenging platformers. However, its lack of focus and mixture of mechanics may deter fans of those franchises that influenced the game. 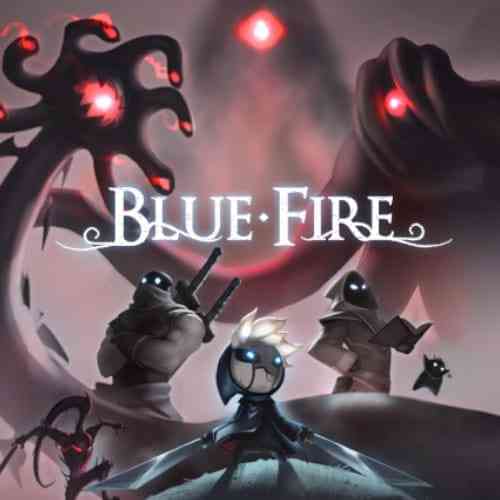