The Battle of Polytopia Review

“Simple” and “4X” feels like a contradiction. The genre, short for Explore, Expand, Exploit, Exterminate, is known for its infinite complexity and its ability to eat up your entire day. Most people who’ve touched Sid Meiers’s Civilization have experienced being stuck in that “one more turn” loop. But sometimes you want to play a 4X but just don’t have the time to commit to a long campaign. What if there’s a game for that?

The Battle of Polytopia is the answer, a simplified 4X that takes less than an hour to play. This debut title from the Swedish indie studio Midjiwan AB is definitely a brave step to take within a genre where the fans are expecting something to sink their teeth into. So I guess the question is, do they still manage to capture what it means to be a 4X?

When it comes to the gameplay, yes! The Battle of Polytopia covers each of the Xs with no problem. Just like any good 4X, you start in a tiny spot of land covered by fog, and that excitement of exploring alive and well. The incentives surround you—resources to gather, geography to strategize around, and of course, new places to expand to.

Expanding might be the biggest place where Polytopia differs quite a bit from other games of the genre as you cannot decide where to actually place down cities. Instead, you find tribal villages in ideal locations which you can incorporate into your nation by simply bringing your units over to it. This may feel like a bit of a bummer, and it kind of is, but in play, it actually feels just right. The traditional method of building a settler, finding a legal spot for a city, then bringing the settler over to plant it would slow down the pace of the game way too much (we’ll get to pacing very soon). 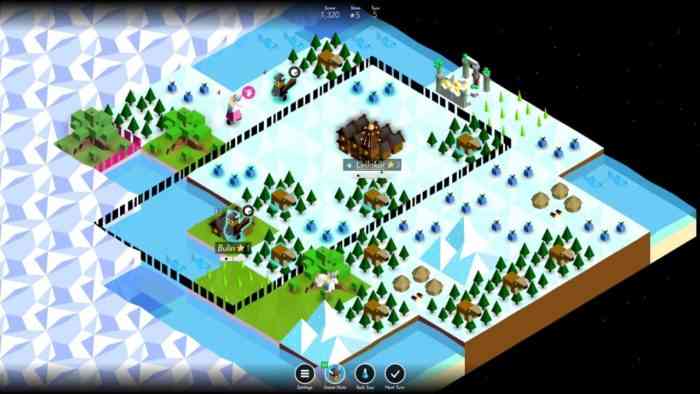 As I mentioned before, there are plenty of resources for you to exploit to grow your empire. Then you can use the said resources to construct new units, research technology, or exploit more of your surroundings! And to make things simpler, everything in the game is converted to a single resource type, stars.

Finally, when you run out of areas to explore, places to expand to, and resources to exploit, you turn to extermination. In Polytopia, just like everything else, the wars are quick and cities can exchange hands multiple times within a few turns without penalty. It’s as simple as destroying the garrison unit, placing one of your own in their city, and if your unit isn’t killed by the start of the next turn, you can capture it.

So how quick is The Battle of Polytopia? Well, in its classic mode, the games end at the thirty-turn mark, assuming you haven’t already conquered everyone by then. On top of that, with its simple resource system, instantaneous build times, and straight-forward units, you can easily complete each turn in under a minute. That’s right, once you get used to the game, you could easily play 3 games of Polytopia in under an hour.

The victory usually comes by the method of victory points, as the game tallies up everything you’ve done and assigns you a score at the end of the game. And practically everything gives you points. Exploring the fog? Points. Growing your city? Points. Winning battles? Points. You get the idea. 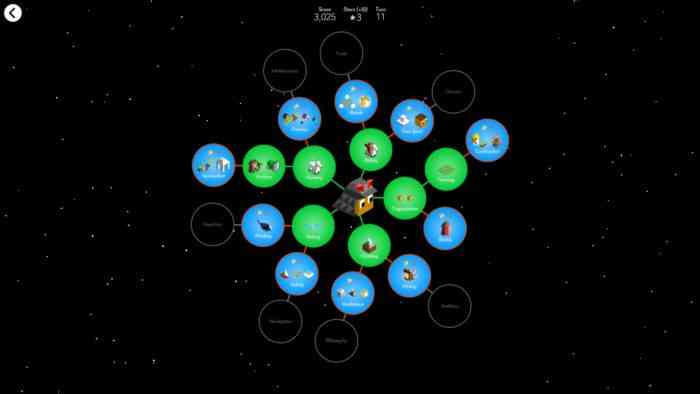 There are also plenty of bonus objectives that will grant you points as well. These feel very much like the spiritual equivalent to alternate victory conditions. You’ll find objectives like hoarding 100 stars to show your economic prowess, and not having attacked anyone for five turns in a row. These add some depth in matches as well, since if you know someone is trying to get the pacifist objective, they won’t be able to hit you back without losing their streak. If you are able to read your opponent doing such, you can exploit that for some free attacks or force them off the objective, a win-win.

Of course, without a doubt, the game isn’t as complex as a normal 4X, but there’s something awesome about that. For instance, picking up Polytopia is a breeze, and you’ll get a complete sense of the game after only one or two games. You won’t get stuck in the tech screen trying to read and plan out the infinite possibilities only to realize you don’t know what you are doing. There aren’t all too many weird conditions, buildings or units for you to memorize either.

Still, with the simplicity, the game manages to have its own depth as well. Planning your turns and smart resource usage is still paramount. Since your tech and units use the same resource, you must balance your priorities in terms of economics, war, and exploration. Additionally, with lots of techs and milestones providing stars in themselves, I found there are still those satisfying “big turns” where you get to do dozens of things in a windfall. You just have to plan for them accordingly.

I think there is an argument to be made that Polytopia could be one of the best 4X multiplayer experiences out there. In other games of the genre, playing multiplayer with strangers is an absolute nightmare. First of all, you better know what you are doing, because either they will keep you on a rapid turn clock, or get mad at you for taking too long. You’ll either never finish a game, or have to get used to the community rule sets which allow single-session games to be possible. Even then games take 4+ hours, and things come up and people have to leave.

You can of course play with your friends, but you know that’s going to take months to finish if you are lucky. The more friends you have in your sessions, the more chance of delays occurring as well. Also what happens when one of your friends gets eliminated? That’s no fun. So you discourage going to wars against each other, which is one of the biggest parts of 4Xs. 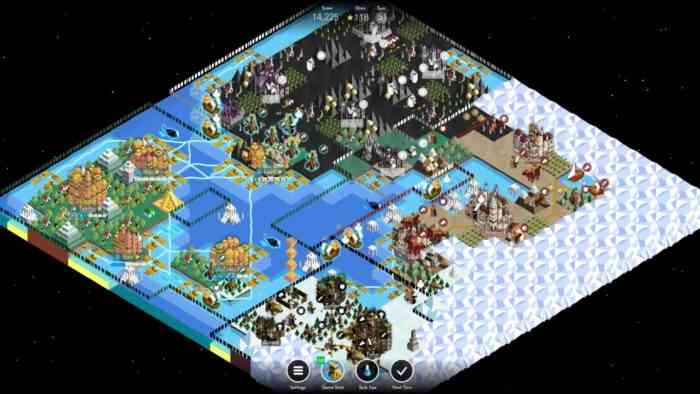 In The Battle of Polytopia, there are no such problems. Finding matches is easy and finishing one is actually commonplace. This works incredibly well as the lack of complexity is replaced by the infinite possibility and competition of playing against other players.