After an extensive development time, Ayo the Clown is finally making its way to the Nintendo Switch and this 2.5D platformer oozes with creativity and charm. The attention to detail is clear from the moment you start playing its cute, narrated story. And the unique, colorful levels mixed with a wealth of abilities provide some stellar content. Unfortunately, fairly significant flaws have turned what should have been a contender for best 2021 platformer into a game that’s difficult to recommend. Here’s our review.

The story begins when Ayo the Clown’s puppy is kidnapped in the middle of the night by a mysterious being. Lacking any real abilities, Ayo sets out on his quest to find his beloved furry friend. Along the journey, Ayo will meet a variety of different characters who will need his help. As Ayo helps these strangers out, he’ll gain additional abilities to help him continue his journey. The story is clearly charming, whimsical, and intended for a younger audience.

Ayo the Clown, is a 2.5D side-scrolling platformer. While playing it, I definitely got hints of Yoshi, Kirby, and Donkey Kong Country. When you first kick off the game, your character can’t even jump, so you’ll navigate the level by moving left and right while relying on special jumping blocks that blast you into the air. It’s a refreshing change of pace from most platformers – a sign of good things to come. In the second level, after helping someone out, you’ll gain access to the jumping ability. From there, every four to five levels will provide you with a new ability to use.

By the end of the game, you’ll have a good mix of about 10 or so abilities. The levels generally range between 2-10 minutes in length with varying degrees of difficulty. The most incredible thing is that each level is entirely unique. Sure, a few assets and backgrounds are re-used, but each level has a distinct look and feel for the most part. If I were judging this game based solely on its levels, it would very well be a contender for platformer of the year. 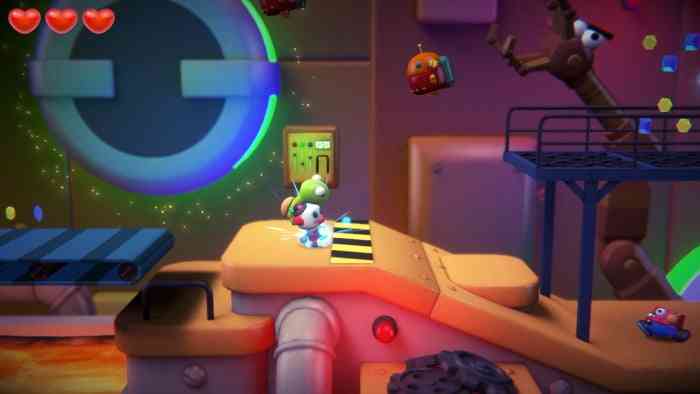 Unfortunately, the game includes some of the most frustrating boss fights I’ve ever encountered in a platformer. To make matters worse, these boss fights are always tacked on to the end of a relatively challenging level. While you’ll receive a checkpoint prior to the boss fight, this will be of little help if you’re low on extra lives. Once the fight starts, you’ll need to figure out the pattern. You won’t know what part of the boss you can touch if any, and you won’t know how to attack it. So, you’ll keep dodging, hoping your 3 hearts won’t get depleted, as you try and finally injure the boss. Then the boss changes the pattern again – more dodging, more trial and error, just hoping to hang on to those precious hearts because death means starting the boss fight over. Run out of extra lives, and you’re replaying the entire level again too!

One boss, in particular, a rapping frog, forced me to jump on bugs carrying letters to form the word he’s trying to rap. It should be easy – especially since this is the boss’s first phase, but some bugs would fly just out of reach, or worse, the game’s poor hit detection would say you hit a nearby bug even when you should have been far enough away. If the game treated boss fights as they did in the Donkey Kong Country games, where they were in their own separate area without forcing you to survive a level first, it wouldn’t be so bad. As it is, it’s just too much. I can’t imagine younger gamers standing a chance. It’s worth noting that if you play the game on easy, you’ll get an extra heart, and the bosses take fewer hits to kill.

Even though the level designs are generally pretty amazing, the issues don’t stop with the boss fights. Scattered throughout the levels are weapons that you can use to kill enemies. However, if you get hit by an enemy, you’ll also lose the weapon. With a few minor exceptions, I barely ever used the weapons. The next issue is with a couple of the abilities you gain at later levels. One ability is the slide ability, used to slide under tight spaces. It’s a bit hard to pull off, but worse, it tends to stop halfway through the tight space, so you sort of have to spam the buttons to force Ayo out of the spot he’s jammed into. This becomes even more frustrating when the tight space has spikes inside it. Another ability with issues is the wall jump. The timing required is precise, you essentially have to wait until Ayo is sliding down a wall, and then you press the jump to wall jump. It never delivers that satisfying wall jump feeling you get when playing Super Mario games. 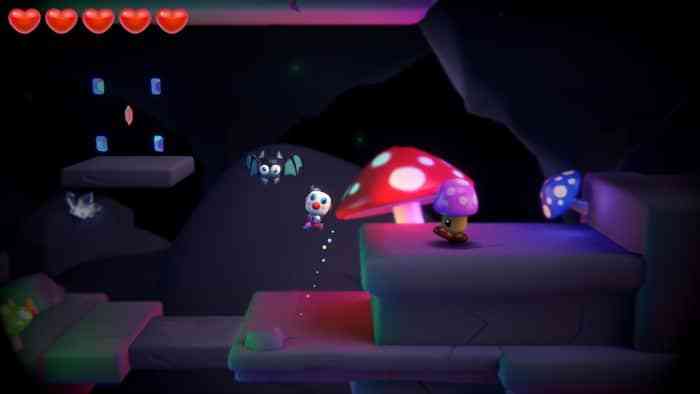 As I noted before, Ayo has a finite amount of lives. Once you deplete your lives, you exit the current level and have to replay it. It’s a hassle, and honestly, I wish easy mode would have just provided unlimited lives. While I didn’t have too many troubles with easy mode, my kids did – despite being avid gamers.

Throughout the levels, there are some collectibles to find. Each level challenges you to find three hidden Teddy Bears and three hidden Lollipops. You’ll also collect gems scattered throughout the levels. The gems are a currency you can use to buy items in the game’s town. The cost of these items; a balloon that allows you to jump higher and an extra heart, each cost 25,000 gems. I had almost completed the game by the time I had collected enough gems for one of these items. Considering these items are designed to help make the game a bit easier, I can’t imagine anyone playing the game long enough to collect enough gems for both assist items. Finally, the game also has 10 “Toys” to collect, including a bowling pin and a whoopie cushion. You can view these items from the menu, but they otherwise serve no purpose.

It’s difficult to know who Ayo the Clown was made for. The game’s visuals and story were clearly made with a younger audience in mind. Yet, the gameplay can get so frustratingly difficult, especially during boss fights, that I can’t imagine any kids wanting to play it. My oldest played a couple of levels but got bored. My middle child played a couple of levels and got frustrated because he couldn’t get the jump ability. I played the first half of the game on medium, but the boss fights were just so poorly designed, I ended up turning the difficulty down to easy to finish the game. If you’re desperate for a platformer, you might find some redeeming qualities here. Overall, the game took me under 5 hours to beat, but completionists might need an extra few hours. This game could have been something exceptional, and hopefully, the devs take this criticism as an opportunity to add more polish to the game with future updates.

***Ayo the Clown key provided by the publisher*** 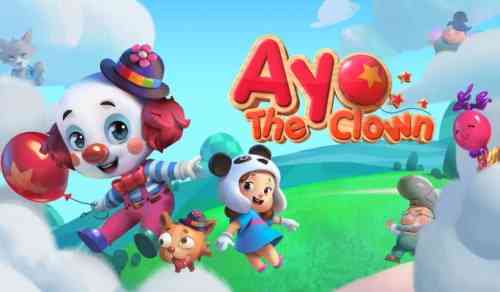