Attack of the Earthlings Review – A Short-Lived Extra-Terrestrial Treat

Attack of the Earthlings Review

When humans send a mining drill to bleed a planet dry of its resources, they make the mistake of invading the home of some very angry aliens, who just so happen to have over 200 hours in X-COM and a certain itch that needs scratching. You control the matriarch of an alien race, who takes it upon herself to eradicate the invading forces stripping this planet of its resources. Thankfully, the squishy, pink things in charge of the big drilling machine are all painfully stupid, and surprisingly tasty. Her goal is to stop humans from finishing their mission before they escape, so she must climb through the different levels of the mining drill and sabotage the machinery, eat the inhabitants, and give a few harmless robots some severe PTSD along the way.

“The story might not be anything to write home about, but it’s fun, engrossing, and surprisingly funny.”

One of my favorite things about Earthlings is the humor. It’s sometimes very tongue-in-cheek and subtle, and other times it’s as in your face as a pair of men splashing each other with radioactive waste in their colorful, heart-patterned boxers. Fanciful boxers aside, the art-style chosen for Earthlings really does compliment the game’s feeling. The cartoony graphics and over-the-top character animations give it a nice, retro horror-flick feel that compliments the gimmick it seems to be going for. The humor is continually woven into the gameplay very nicely, and it isn’t forced on you at all. Some of the smaller funny ‘questlines’ could go over you completely if you don’t explore each level thoroughly enough, which would be difficult to do since each level is full of interesting things to uncover. 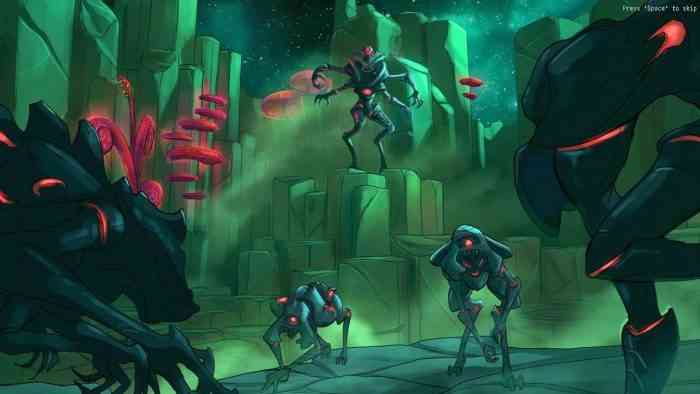 Now, I’m sure I’m not the first person to compare Attack of the Earthlings to X-COM, but turn-based, tactical, stealthy, strategy game just doesn’t flow off the tongue as nicely. It manages to emulate X-COM’s engrossing combat by being difficult, but not unfair. Each level is just the right size for what it needs. The map isn’t convoluted with random junk, winding corridors, or needlessly large rooms. The distinctions between the levels don’t stop anytime soon, either. They aren’t just the same room copy/pasted a hundred times; each level is different in its own way and offers new ways to conjure up some strategies. These strategies you concoct might not be as in-depth as X-COM, and there isn’t as much depth in general, but there’s a lot to think about as you work your way up through the different levels of the drill. You start alone as the matriarch, instead of with a squad, and must spawn your own units by eating the corpses of the many humans you kill and obtaining their biomass.

Once you’ve acquired enough of the human’s biomass, you spawn a little gruntling who you can transform into one of three upgrades; a tank-y one, a stealthy one, or a range-y one. Each class has its own unique set of uses and abilities, and you’ll need to combine a mix of all three to make your way through each level. As you continue through the game, you’ll unlock more abilities to further your human-killing proficiency, and unlock more tactical ways to play the game. You can command your little children to stand overwatch and kill anything that walks by it or have them strategically attack all at once to avoid alerting anyone to your presence.

“The cartoony graphics and over-the-top character animations give it a nice, retro horror-flick feel that compliments the gimmick it seems to be going for.”

You can upgrade your units even further through the use of mutagens acquired at the end of each level, which is given to you based on how well you played through the level. The more objectives you hit, the faster you complete the level, and the fewer of your children die the better the score. The mutagens unlock different abilities for your spawned units, unlocking more ways to efficiently kill humans by the dozens. It turns Attack of the Earthlings into a very satisfying single-player stealth game. You spend ages setting plans and watching your grotesque children execute them perfectly (after several quick-loads, of course), and before you know it you’ve finished the game. Yep, just like that.

Attack of the Earthlings is a very bright flame that burns out after about seven or eight hours, depending on if you’re as bad as I am. The levels may last you a good hour or so, but that’s an hour of carefully crafted strategy, with numerous avenues to complete a single task. There is some form of replayability, however. Unlocking lots of new skills means being able to go back and replay older levels with the new abilities, and maybe now you can beat your previous record, or maybe now you can finish that objective you thought was too hard to do.

Attack of the Earthlings is a short game that makes a hell of a first impression. The story might not be anything to write home about, but it’s fun, engrossing, and surprisingly funny. It offers up some unique maps to mess around with and has a very charming art-style that makes murdering those squishy pink things very satisfying to watch. Attack of the Earthlings is dripping with character, and I for one would love to see some more of what they’ve got. 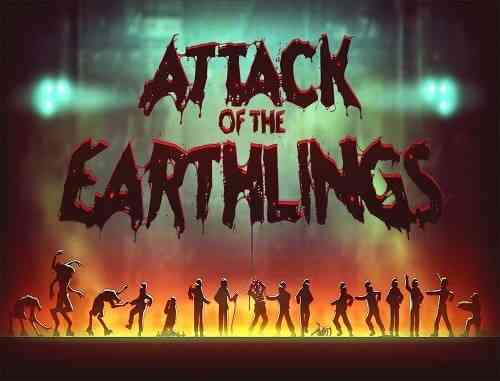