It’s been five years since Payday 2 was first unleashed onto the world and now Starbreeze has seen fit to port the first-person heist simulator over to the Nintendo Switch. Payday 2 for Nintendo Switch includes all the content included in other versions, with some Switch exclusive content, providing the most content-complete version available. This is a pretty big win for anyone who’s never played Payday 2 before, but might not be enough to warrant a purchase if you’ve already enjoyed more-recently updated versions of Payday 2 on another platform.

Payday 2 follows a group of criminals with the sole purpose of robbing a plethora of places to earn a profit. Each mission has a bit of a backstory, but ultimately it is very little more than just a little window dressing. Some of the missions are pretty cool; for example, one mission takes you aboard a plane where you need to eject its cash cargo, then parachute to the ground and secure the cash cargo for helicopter pick-up. Some missions offer a stealth element, but most missions force you to just go guns blazing. However, all missions seem to focus on stealing at least something. You’ll be able to play Payday 2 solo, online with up to three other players, or via local multiplayer, if everyone has their own Switch and a copy of Payday 2. There is no split-screen option.

Playing Payday 2 solo is an absolute joke. Your AI partners are completely useless – they never attempt to assist with any tasks and ultimately are there to just shoot at enemies (rival gangs, police, SWAT, etc). The mission task can be monotonous as hell while playing alone. For example, if you have to drill a hole into a vault to break it open, you’ll likely be standing around for a good three to five minutes while you wait for the drill to complete. The drill will also fail at times, and you’ll be forced to start it up again. During that time, the alarm has most likely been tripped and you’ll be mowing down endless waves of idiotic AI enemies. Other tasks might require you to retrieve items, forcing you to run back and forth between two points over and over while killing enemies. The stealth in Payday 2 is garbage. Even updating your characters perks and abilities, it’s better off to focus on other non-stealth attributes, since the stealth options don’t seem to help much.

Where Payday 2 shines is the multiplayer aspect. Having competent partners to help with the mission tasks and killing enemies makes the whole experience a lot more enjoyable and far less tedious. Of course, the most glaring issue with this version is the Switch’s ridiculous lack of a headset. I understand there is an official app that you can download to your mobile device and use as a sort of workaround, but who has time for that crap? Payday 2 is a game that demands communication between players, so unless you and your partners are willing to figure out a way to get voice chat working – you’ll be playing the guessing game as to what everyone is thinking.

As noted before, the Nintendo Switch version of Payday 2 includes all of the content found in previous versions, making this a very competent port. You’ll get over 150 customizable weapons, over 250 masks, tons of characters (including John Wick) and all the levels/missions. The Nintendo Switch version adds two new features; a new playable character named Joy and the ability to play the game in portable mode. Unfortunately, playing Payday 2 in portable mode is pretty painful – it runs smooth enough, but the screen is just too small and it’s difficult to really see what’s going on, especially in darker scenarios, such as night missions. 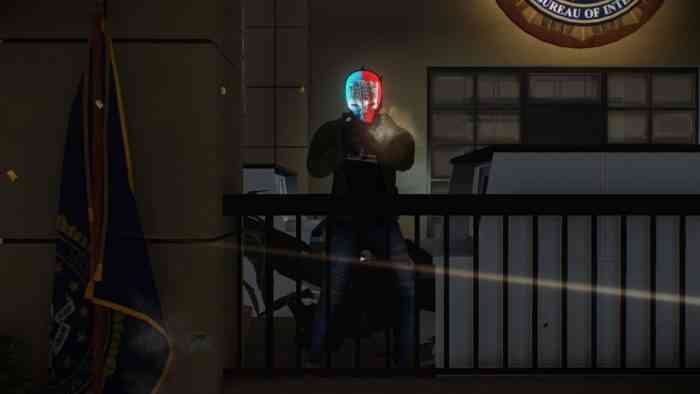 It’s difficult to recommend Payday 2 for Nintendo Switch. On one hand, it is the most content-complete version of Payday 2.  On the other hand, it’s still a five-year-old game that really hasn’t aged that well and doesn’t seem to have all the updates that other versions have received. One would hope this would be the most definitive version of Payday 2, but it appears that the team at Overkill still has some work to do to iron out the bugs. While it does offer a unique (for Nintendo Switch) multiplayer experience, the Switch’s lack of a headset makes communication a challenge. Playing Payday 2 in portable mode is a bit of a hassle, especially when playing missions that take place in darker environments. If you already enjoy Payday 2 on another console, save your hard earned (or stolen) dollars and buy another game. If you’re new to Payday 2, just make sure you have some friends to play online with, because playing solo is just awful. 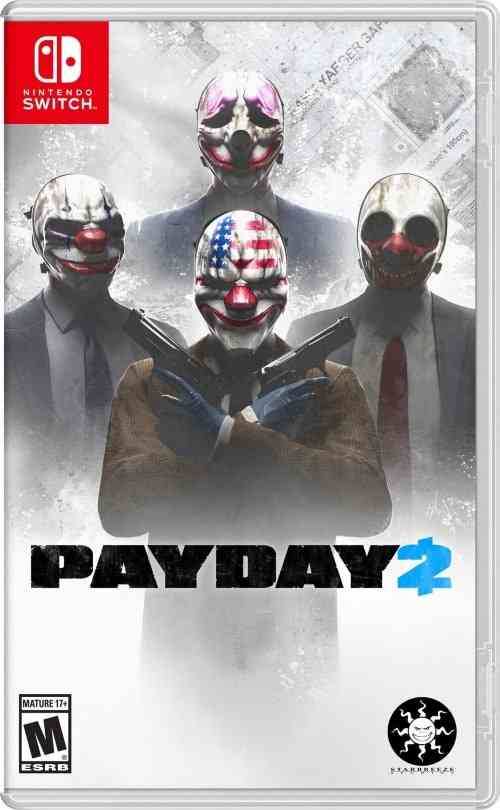