Have you seen the trailer for Past Cure? It pulls you in with its antics and promises a game that does the Thriller genre justice. But the question remains: does this indie title from Phantom 8 Studios have what it takes to not only grab hold of it’s generated interest and capitalize on it or does it simply crack under the pressure? You may be disappointed with the answer.

At the beginning of Past Cure, you find yourself in a mysterious place, almost like a dream, without quite knowing how you got there. As you try to find a way out of this house you’re stuck in you notice you’ve been going in circles, any feeling of success hindered by white mannequin enemies approaching from random doors. As you make your way through what feels like the 20th door, you realize that this world is, in fact, a dream. But as you’ll soon find out Ian, the story protagonist, is far from haunted in the real world as well. He takes little blue pills, no not the kind you’re thinking, to keep his sanity in check. Despite this, in sleep he finds himself falling into detrimental dream worlds and in the real world, he remains thirsty for his revenge on the organization that messed with his sanity. It is in both worlds that you will unlock memories of his past in order to figure out what haunts him. And if you’ve always wondered what it would be like to face off against Agent 47 lookalikes, don’t worry, you’ll get your chance!

The story, in spite of a slow start, and a very odd linear approach, becomes more and more intriguing the more you play. Of course, it also begins to make more sense as well as you are able to piece together Ian’s past and figure out what it is that affects him so greatly. Though the developers have said the reason for the linear approach to the game is so that you learn more about Ian step by step, it ends up feeling more than a bit restrictive and considering the duality of the storyline to explore, it would have been beneficial to have a bit more freedom. Plus, it’s really hard to maintain your focus and interest in seeing the game to the end if you die and have to come back and listen to the same ‘cutscenes’ again and again. After all, death is totally inevitable in a game solely based in the realm of stealth, right? Therefore this part is, unfortunately, more than a bit frustrating.

Though it doesn’t take too long to get through the game, no more than a few hours, it is totally possible to spend a bit more time on it if you keep getting stuck throughout the levels. As the story is the only game mode, there isn’t exactly a bunch of variety within Past Cure. With that said the gameplay is really where this newest addition to the Thriller genre shines. From guns to cool abilities, to quick and bone-crushing combat you’ll find out just how awesome Ian is. His abilities to slow down time and change perceptions are fun to play around with as is shooting his gun with the unlimited ammo supply. Be mindful to keep the blue pills on hand because once you run out you’ll be left with a have a very limited amount of sanity to use against whatever lurks behind the next door. 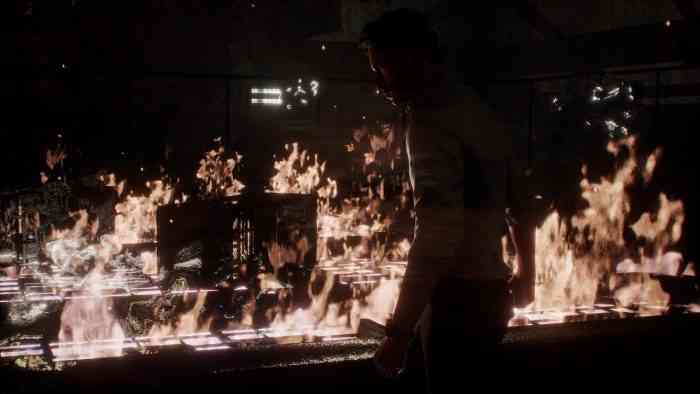 And the best part? You get to choose what type of play best suits your style. Are you willing to engage your enemies one on one with hand to hand combat? Maybe you’re more of an evasion expert. Maybe you’re even a bit stealthy and quick takedowns or more of a shoot ‘em up approach is more your style. Whatever you decide, the way you play can definitely impact how the next scenes play out. Be careful though, because one thing is for sure, as the enemies move toward you, it will definitely get your heart pumping. And once they’ve gotten too close, there’s nothing you can do to survive.

The controls in Past Cure don’t require much skill, so players of all levels can find comfort here. The front triggers control Ian’s abilities, while the back triggers control his ability to aim and shoot. As you might have guessed, movement requires a combination of flicks of the dual sticks. Once you’ve mastered the abilities, the rest of the game seems way easier. After all, what foe is much of a match for a man with the ability to slow down time just enough to aim at their heads and pull the trigger?

“From guns to cool abilities, to quick and bone-crushing combat you’ll find out just how awesome Ian is.”

Although there aren’t any difficulty options available within Past Cure, all of the enemies act exactly as they should, coming at you as fast as they are able to move. Other than that there isn’t a whole lot of action from characters other than Ian. Despite this success within the game, the voiceovers of the characters leave something to be desired both in witty charm and emotion, and the subtitles often skip words that the characters have said. If you’re bothered by the voiceovers and figure you could grasp what’s going on the game without the sound on, good luck. And although these may not be big detriments to the game, they are quite annoying. Thankfully not all of the sound in the game is awful, as the musical sets within are quite nice.

Past Cure boasts graphics designed using the Unreal Engine 4, yet the facial animations leave something to be desired. At times the world feels a bit empty as well and it seems Phantom 8 Studios just didn’t capitalize of some extra space during some scenes. With that said, the game looks great overall and makes good use of its textural environments really capturing both Ian’s real world and his dream one and the cutscenes within this story-driven narrative are well done as well.

Though there are some definite strengths throughout Past Cure, like the textural environments, the melodies and the overall world duality, it simply fails to really take advantage of the hype gained from its badass trailers. With subpar voice acting and subtitles, as well as a linear model that really fails to gain much traction early on I can’t help but feel a bit disappointed here. I was hoping Past Cure would be a stand out psychological thriller with its interesting storyline, and while it gets better the more you play, it has a really hard time keeping the player’s attention in the early stages. At this point I’m not quite sure it’s worth the $29.99 USD it’s selling for, however, it’s totally worth a playthrough when the price drops. 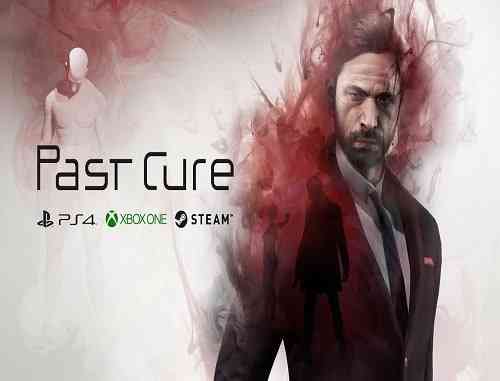