Oh, the 80’s — we just can’t seem to quit you. You don’t have to look far in today’s pantheon of endless pop culture to see that the era of neon colors and synth-laden beats is in full swing. From Thor Ragnarok’s bombastic retro logo to Netflix’s hit, Stranger Things, it’s an impossible decade to ignore and as such, is wonderfully nostalgic for anyone born in the 80’s. Those influences have also crept into our video games. Crossing Souls, in particular, is dripping with it in spades, and it’s one of the best aspects of the game.

It’s evident from the get-go too, with its thumping synth soundtrack and pixelated graphics being a real treat for the eyes and ears. Every so often, I was treated to beautifully animated cutscenes reminiscent of old Saturday morning cartoons. I only wish there were more of them. References to Ghostbusters, Excitebike, and The Goonies are prevalent in the first few minutes. Even though I knew going in that it was oozing with 80’s charm, I still couldn’t help but fall head over heels with Crossing Souls’ nostalgic warmth. It makes a strong and irresistible first impression, but Crossing Souls is also so much more than a pretty face. It’s a mesmerizing action-adventure game with a surprisingly deep story drenched in themes of friendship and sacrifice.

It all starts innocently enough. You take control of five high school friends getting ready to enjoy a perfectly normal summer in 1986 in the small but lovable town of Tajunga. After a bizarre rain storm and an even more bizarre discovery, the group finds themselves in the middle of a government conspiracy, military attacks from an evil Major and his henchmen, and the ability to cross over to a ghost dimension. While you’ll most likely stick with the leader of the pack Chris, for most of the adventure, Crossing Souls allows for instantaneous character switching at any time with the tap of a single button. It’s this ability to switch on the fly so seamlessly that really helps bring Crossing Souls to life. 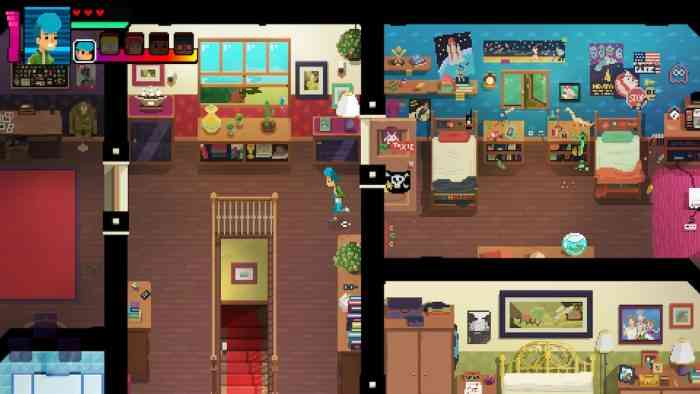 Each kid brings something special to the table too. Chris wields a baseball bat to attack and can jump and climb with relative ease. Matt, the science geek, can use his jetpack to cross large distances or blast enemies from afar with his laser gun. Understanding each teenager’s unique skills is key to solving the game’s environmental puzzles. For example, a puzzle may require Big Joe to move some heavy boxes, but in order to reach those boxes, you’ll need to use Matt’s jetpack skill to fly towards them, then revert back to Joe. The puzzles aren’t difficult or even that original, but the switching mechanic is easy to use and I felt the solutions were satisfying once I knew what I had to do. Sometimes, an entire level like the haunted library will have you cycling through each character numerous times to solve its many puzzles and combat encounters.

Speaking of combat, it starts out simple enough as a bare-bones hack-and-slash but once you have the whole roster of characters to swap between, things really begin to open up. Chris may be my go-to guy, but he wasn’t always the best kid for the job especially when swarmed by big ‘ol rats or even members of the Prince-inspired gang, The Purple Skulls. I found Charlie’s wide-range jump-rope attacks and speedy dodge tactics to work wonders when surrounded, while Big Joe’s powerful punches made short work against ghosts and ghouls. Each character also has their very own stamina bar and hearts, so if Matt was coming close to death I could quickly switch to the someone else in a flash to stay in the fight. There are also some useful items that can help out in a pinch such as hearts that replenish health, an item that stuns enemies and leaves them vulnerable, and explosive bombs. 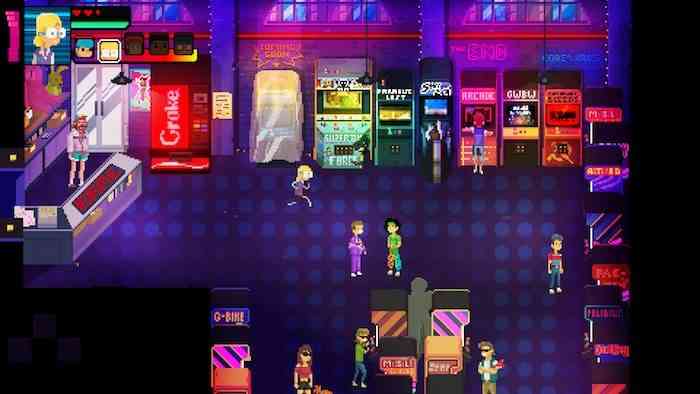 Early in the game, you’ll acquire the Duat stone, a mysterious device that has the ability to see ghosts and other supernatural beings around you. Most of the ghosts are harmless who want to be left alone, while others may send you on a quick errand, or simply want to kill you. Switching to the ghost world is as easy as a single button tap as well, and in many cases, I found myself just leaving it on because I thought I’d miss something. Whether it be a slice of funny dialogue from a ghost, a chest containing a health recovery item, or a secret portal, the Duat stone made exploration a bit more engaging in Crossing Souls.

The world of Crossing Souls is so much fun to explore. Tajunga is beautifully designed and excellently laid out with residents that have a ton of character. While there is a handy Profile section in the pause menu that keeps track of important characters, the five main characters, hands down, steal the show. Beyond their unique skills and abilities, they’re also very well developed and likable, and their banter and conversations are always funny and entertaining. Crossing Souls shouldn’t last you more than 8-10 hours and it’s a journey worth taking just for the characters alone. While it’s final act isn’t nearly as strong as its beginning and middle, the ending itself is particularly great, emotional, and moving in ways I wasn’t expecting. 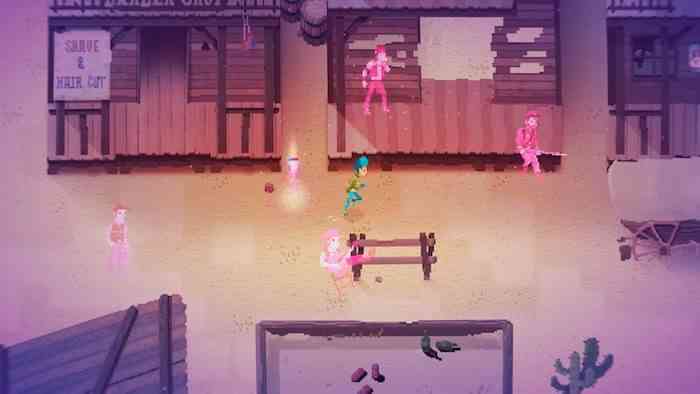 It must be said that Crossing Souls is also expertly paced and enjoyable from beginning to end. While the bulk of the experience is centered around exploring, fighting, and puzzle-solving, there are a bunch of mini-games peppered throughout that keep things flowing. Highlights include an intense bike chase sequence (this one took me a few tries) and a boss fight that does away with combat for a fun game of Simon Says. There’s so much more to uncover in Crossing Souls, and spoiling it here would be a great disservice.

Even if you’re growing tired of the 80’s trend, Crossing Souls should be at the top of your list. It’s full of awesome twists, humor, and enough varied gameplay to make it stick out from the pack. Underneath the 80’s veneer is a wonderfully crafted action-adventure game that could very much stand on its own. It’s elevated by its rich world and characters and strong narrative themes that continually surprised me. Whatever your reason — whether it be the obvious nostalgia grabs or love of action games — Crossing Souls is a thrill ride worth taking. 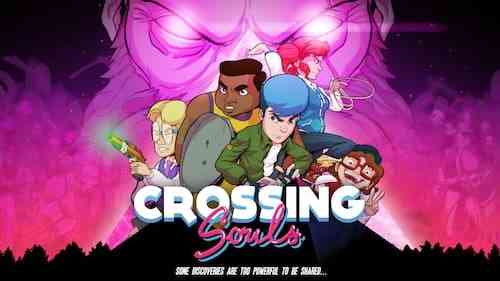