Guilt Battle Arena Review – Overshadowed By a Lack of Functionality

Video games in this day and age seem to have an issue implementing couch co-op/versus modes without heavily relying on its online multiplayer mode. Or, in many cases, just going full force with online aspects only to make offline modes nonexistent. This said issue isn’t present in Guilt Battle Arena at all. In fact, the complete opposite occurs in which offline mode is the only way to play, and you need friends (real ones that are right beside you). But before we get into that, let’s talk about what the game is about and how you play it.

Guilt Battle Arena is a 2D one-bullet shooter game in which players either rid of AI enemies by the number or their friend-turned-foe opponents. After your bullet is shot, it’s your job to go and obtain it wherever it has landed to reload your gun and continue your one-bullet shooting battle. Although it does sound basic, the various stages, enemies, and modes do feed into the hectic and nail-biting situations you’ll come to face.

“it is easy to see how simplicity can easily fall into mediocrity, especially when that’s all it has going for it”

The various stages play the part in presenting the main element to avoid. These include exploding mechanical cats, chickens, missiles, and cannons amongst other things. The enemies sent in numbers are relatively the same across stages, but vary in terms of whether they pose danger to you from above, the left, right, in close-combat, or ranged. Usually, by some sort of sharp object or projectile, the enemies will randomly enter the stage attempting to steal some life away from you. Game modes split into broad categories of versus and co-op in which versus contains additional criteria for you to fiddle around with.  This includes various modes or features to spice up your battles that accumulate to 7 different mode type and 6 gameplay modifiers. In addition, players can choose from 40+ different costumes to distinguish yourself from other players and enemies during battles. 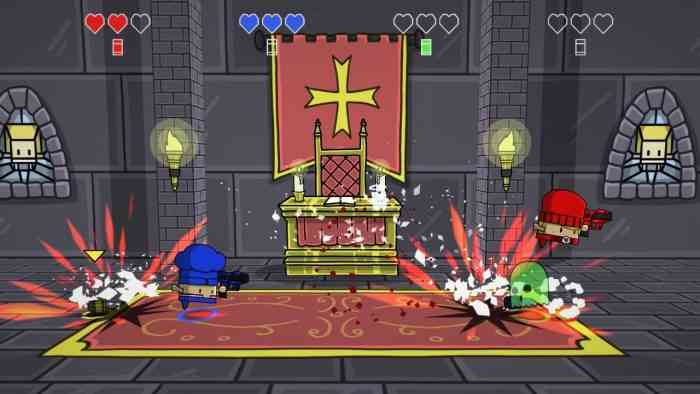 In terms of gameplay itself, Guilt Battle Arena doesn’t fail in being fun. It actually is very enjoyable overall if you have the required prerequisites. However, a key factor that even enables people to experience the game, let alone fully enjoy it, is in its lack of online or even AI functionality in its game modes. Even with 7 game modes and 6 gameplay modifiers in Guilt Battle Arena for you and your friends to exclusively enjoy, the lack of offline AIs and online capabilities of inviting or joining other matches is much too detrimental on the game’s replay value and usability in the long run. 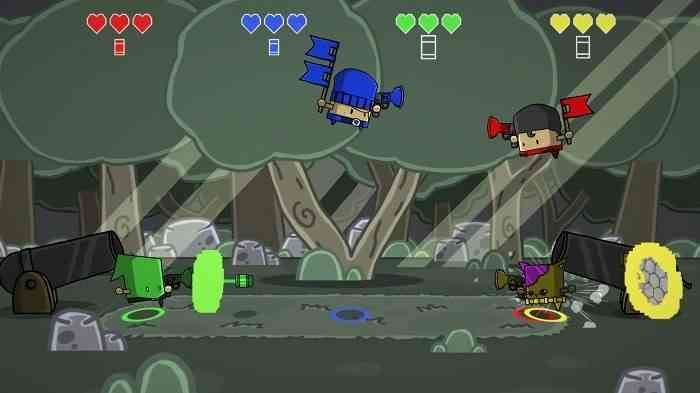 With the proper people, equipment, and time to play and fully utilize Guilt Battle Arena, the game is relatively fun pioneering on a simplistic and straightforward idea. However, it is easy to see how simplicity can easily fall into mediocrity, especially when that’s all it has going for it. While implementation of online capabilities and even at the very least offline AI support could very much aid its functionality issue, Guilt Battle Arena is, at its purest, a game for those who have family members or friends quickly accessible to them. 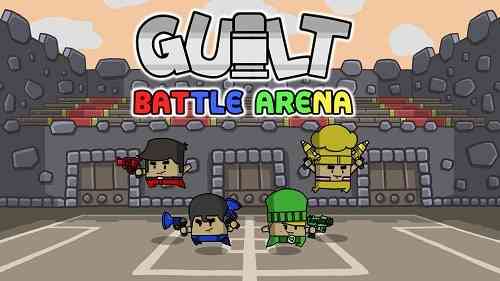