Porting existing games over to VR ends up with results that are often a mixed bag. Some genres, FPS and games of that ilk, can lead to pleasing results as anyone who has experienced Skyrim in VR can attest to. Other genres like puzzle games, the jury is still out. Pop-Up Pilgrims doesn’t make the verdict any clearer.

Dakko Dakko’s the developer of this game, and they can be traced back to 2D game releases for handheld platforms like the Vita release, Floating Cloud Go Saves The Pilgrims. Those same pilgrims show up in Pop-Up Pilgrims which is exclusive to PlayStation VR.

The settings, character designs and other graphical nuances are all Eastern in design. The game is bright, colorful, with eye-pleasing graphics. In its VR incarnation, the game is akin to a pop-up – surprise! – children’s book. Each level is broken down into smaller sections that exist at various depths. For those that remember it all looks very Viewmaster 3D’ish. The levels curve across the screen to fill your point of view and are set in the clouds so the bases fade away. When you look to the sides or behind you the rest of field of view is nothing but clouds.

“Nothing is worse than rushing to save one pilgrim only to see another one inadvertently leap to their own doom.”

The cloud setting is clever because the level aesthetics really pop up not just in their 3D positioning but in bright graphical presentation. The other tie-in is your avatar in the game, the Cloud God. As the Cloud God, it is your mission to herd the pilgrims across the levels to the exit with as a minimal loss of life as possible. If this screams Lemmings to you, rest assured you have surmised correctly.

The game mechanics rest on positioning a cloud icon with trailing little cloud puffs, to direct the little pilgrims safely across levels by jumping over gaps, avoiding – and later attacking – enemies. The cloud icon is controlled by the headset and this is where the VR implementation starts to crumble. Moving the cloud icon is too sensitive and lends to characters performing unwanted actions. Nothing is worse than rushing to save one pilgrim only to see another one inadvertently leap to their own doom. Add to this, the layered level design requires you to track pilgrims at various levels as opposed to a 2D presentation where it is easier to track activities because it all happens on the same plane. To be fair, one could validly point out that the VR presentation makes for more challenging gameplay. 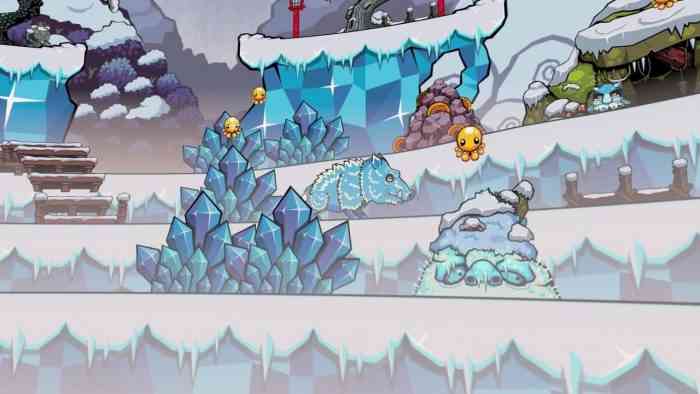 As is typical with puzzle games, the first few levels are straightforward, obstacle-free ones that allow the player to get familiar with the game mechanics. The further you get into the game, the more strategy comes into play, with obstacles and enemies populating levels and requiring more intervention by the Cloud God. Certain classes of pilgrims such as warriors will be able to fight back, shooting arrows at enemies.

All this circles back to the opening question. Is this a game that benefits from being VR? Or is it a detriment? The answer is somewhere in the middle. While it is fun to experience Pop-Up Pilgrims in a somewhat faux VR mode, it is really a mere 3D presentation when you get down to it. You are truly restricted to a god-like point of view. And the gameplay mechanics don’t quite gell with the VR implementation. The head tracking aspects are just a little finicky, a little too sensitive to allow for an enjoyable game playing experience. Anytime you have to fight the controls to play a game, that game is in trouble. Especially when there are so many other more polished competing games to play. 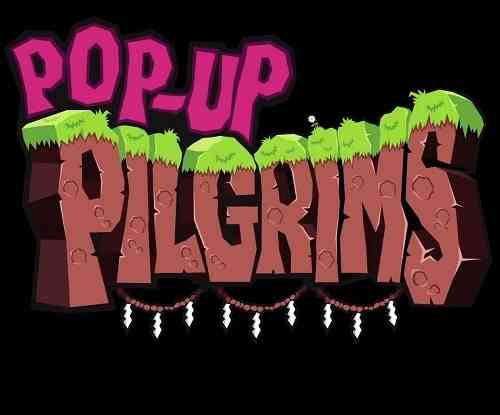