A harrowing trip through a dark, mysterious space station…

The Station still rattles around in my head as I sit here a few days after beating it. For such a short game — I finished my playthrough in a mere two hours — there’s a ton of things to address. The derelict station is moody, but not as big as it seems. The puzzles require some thought, but the lack of polish in execution is obvious. The best part of the game is the story, but a lot of patience for technical mishaps will be required. The Station is an imperfect yet thought-provoking tale, one that will garner some discussion once the final credits roll.

The Station follows in the footsteps of games like Dear Esther, light on action but attempting to make up for it with a moody atmosphere, puzzles, and a well-told story. It’s also very short, two hours max as I mentioned above, and that alone might scare some players off. I was initially surprised when the final credits rolled but in retrospect, the game’s length fits the story it’s telling; more puzzles or exposition might have muddled things up.

“The Station follows in the footsteps of games like Dear Esther, light on action but heavy on moody atmosphere, puzzles, and a well-told story.”

Unfortunately, the short lifespan isn’t the only thing that works against the game. The puzzles are interesting but don’t require too much outside the box thought to solve. There’s no puzzle that made me say “a ha” or “whoa, that’s cool,” they were more the kind where I knew what I had to do, it was just small obstacles standing in my way.

Also, and this goes for the entire game, the controls are not always cooperative. The default control scheme places the main action button as the right bumper on Xbox One or R1 on PlayStation 4, which takes some getting used to before it feels natural. I can “run” by holding the right trigger, but that just turns my pace from sleepwalking to a leisurely jaunt. Picking up items and viewing them for clues is simple enough, but there’s not a whole lot of those to be found outside of sheets of paper.

One particularly awkward action is the opening of doors, be they locker doors, offices, or even in one instance a clothes dryer. I have to press the action button to activate the door, then move it open with the joystick. While this sounds simple enough, the door doesn’t always move in the direction that I’m moving the joystick, and sometimes the door just shuts again for no reason. It’s  a small part of the game, but the frustration is hard to ignore.

The game probably sounds rudimentary or even boring at this point, but I still recommend playing through it at least one. Why? Because the story is masterfully told, subverting every expectation I had going in. The Station puts me in control of a recon agent sent to a space station overlooking an alien planet. The new alien life was recently discovered when the game starts, but the inhabitants were embroiled in a bloody civil war. The station I’m on has been monitoring them, but something went amiss with the three crew members aboard and it’s up to me to find out what.

Every note, email, or audio log I find never disappoints in giving me more interesting facts about this trio, even if the voice actors sometimes sounds like they’re as interested as Peter Dinklage was in Destiny. Each member of the crew has his or her own personality that easily comes through their writings and recordings, and their interactions and relationships are complex and fascinating. If I want to learn more about the company who sent this crew, there’s even a real-world website dedicated to them. Also, and I can’t stress this point enough, the ending is beyond worth the technical mishaps I encountered getting there; I was dumbfounded by how the game completely threw my preconceived notions out of the airlock.

The Station is a promising game, telling a magnificent story through a path paved by games like Gone Home and Tacoma. Those games might have had a little more polish than The Station, which suffers some annoying gameplay hiccups, but the story this new game tells absolutely holds up. This narrative-driven format is still in its beginning stages, but if games like The Station can prove that worthy stories can be told through it then I’m all ears. Just work on the game part a little more next time.

***Reviewed on Xbox One, copy provided by the publisher*** 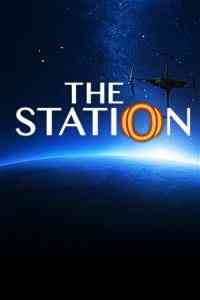