Some of the best sports games are the ones that take a real sport, boil it down to its essence, and rebuild it as something totally new. The biggest example of this is Rocket League: soccer with cars. Now, a new contender steps out of early access and is ready to be recognized. Disc Jam is a mashup of tennis and air hockey where players scramble to catch and throw a glowing disc to be the first team to 50 points. It’s fast-paced, deceptively competitive, and a helluva good time.

The best place to start with Disc Jam is the tutorials. The concept of the game is simple: don’t drop the disk and try to score more points. The challenge comes in mastering the controls and timing. Every action you make is incredibly responsive so if you mess up you really can’t blame the game. It was frustrating early on trying to aim my returns, but after several games, I was able to toss the disc in the general vicinity of where I actually wanted it. By using a combination of power tosses and volleys, you’ll start to feel like a tennis pro racking up the points on the set. There really is nothing more satisfying than returning an all juiced up throw with a gentle volley right on the other side of the net and watching you opponent ragdoll off the screen. 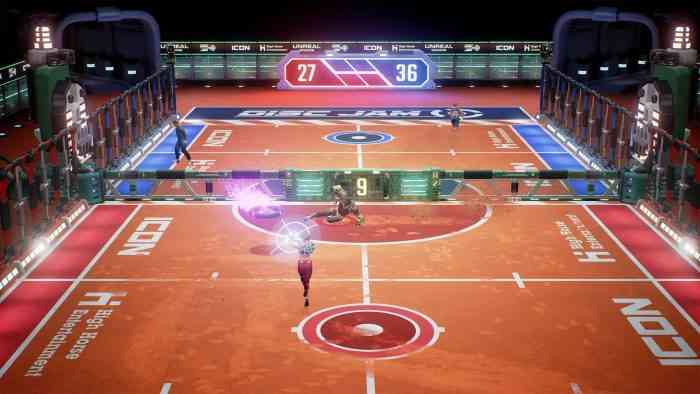 Singles matches were my main jam, but doubles are sort of a whole new experience. You can either match with someone online or grab a friend and play split-screen locally. The field is the same size but your move set and potential for combos are opened wide. One particular ability in both modes is creating a shield that will stop most of the momentum in the disc and cause it to bounce away from you. I didn’t find a much practical use for this in singles, but in doubles, it can open up a powerful combo; after the disc bounces off your shield, your partner can charge up a shot while the disc gently falls for them. This can result in a quick shot or volley to the opponents’ side, usually catching them off guard if they aren’t very experienced.

“… always being in the action and not drowning in my own failure for too long was actually a good thing.”

I want to give real credit to the overall pacing of Disc Jam. I feel that in other competitive games with a time limit, it can get disheartening to stay in a match when you’re getting completely dominated. I felt like that couple times in my placement matches, the games you play before the matchmaker can work its magic. Disc Jam, however, doesn’t have times matches but instead are bound by the first player to reach 50 points 2 out of 3 times. Since points are only scored when the disc hits the goal or touches the ground, games could theoretically last for a long time; if you’re me just starting out, a single match might take all of a minute and a half. I found this variable match length as a feature that had a positive effect on my overall enjoyment; always being in the action and not drowning in my own failure for too long was actually a good thing.

I’m really glad that a game like Disc Jam has released and has as much polish as it does. I think they went a little overboard with the cosmetics and not enough on character variety, but those minor things that I can overlook since the core of the gameplay don’t rely on those things. It a great game that I could easily recommend on any platform as long as you use a controller. 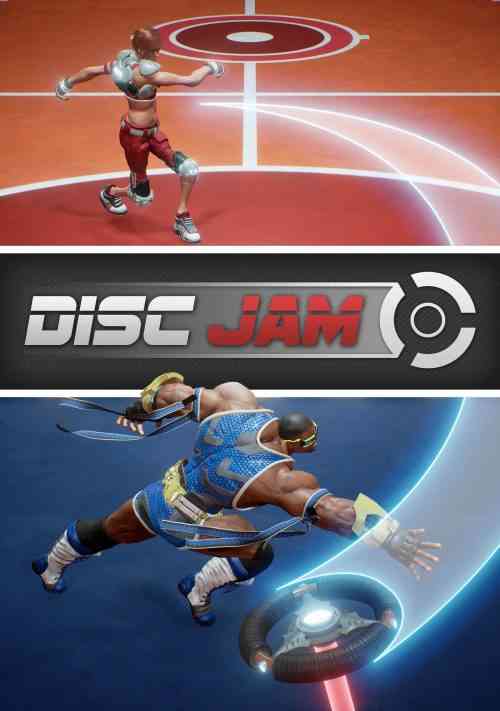 Michael Jordan #23 Will Be on the Cover of NBA 2K23
Next The Station Review – This Is ‘Gone Home’ If Home Was in Space
Previous Fe Review – This EA Originals Game is Magical, Gorgeous and Heartwarming