Assassin’s Creed: The Ezio Collection Review – Diehards or Uninitiated Only

Ezio Auditore is one of my favorite video game characters of all time. His tale of intrigue, loss, retribution and vindication is an outstanding story to experience. An enigmatic character that won players over in 2009 with his charisma and wry personality, Ubisoft has struggled to find a lead character for Assassin’s Creed with his panache ever since. That is probably the best reason for the release of Assassin’s Creed: The Ezio Collection for current gen. A decent collection where you can witness Ezio’s journey from birth to death. The collection includes all the single player DLC that was previously released with the games from last gen. Assassin’s Creed short films “Lineage” and “Embers” are also included to fill in a little more backstory and to, ultimately, see the way it all ends for Ezio. This is a collection that caters exclusively to Ezio fans and newcomers to his trilogy.

The framerate is the first obvious improvement from the previous generation’s version of these games. The games run in 1080p at a silky smooth 30 frames per second, and the loading times are next to nothing. Fast travel from one part of the map to another is almost instant. The graphical upgrades to the characters, however, are average at best. Visual improvements seem to really shine on landscapes, though. The countryside is filled with colorful flora and the further draw distance really comes through on the synch views. The surface textures are another one of the more obvious upgrades. The structures and walls in the cities have a real type of filthy and worn look to them. Each subsequent entry in the series has a noticeable increase in visual quality. It’s not on par with something like the remaster of Halo: Combat Evolved, but there is an observable change from the originals.

“This is a collection that caters exclusively to Ezio fans and newcomers to his trilogy.”

There are some strange environmental effects strewn about the games that were bizarrely out of place. Several times I noticed strange floating patches of dirt that almost followed me around as if I were Pigpen from the Peanuts gang. While the surface textures do look better, the cities are mostly still the same pale color with those red clay roofs everywhere. It’s also disappointing that there are no other extras included aside from the two short films. It would have been nice to get some concept art collections for that purchase price.

Unfortunately, The Ezio Collection also includes the gameplay flaws that came with those original versions. The same frustrating, loose free-running from the older games is present in all its rage-inducing infamy.  I found myself constantly jumping in the wrong direction, grasping for a ledge that I didn’t want to be on or tackling the wrong NPC. However, I did find it interesting to see how each game slightly improves on the mechanics from the previous game. It is a chronological showing of how Assassin’s Creed got to the tight gameplay mechanics they have today. 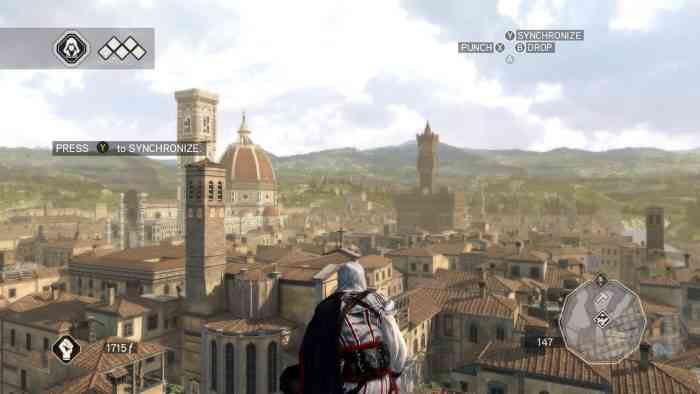 The multiplayer modes from AC: Brotherhood and AC: Revelations do not make an appearance in this collection so if you were thinking about buying this game to sneak through crowds to murder your friends, take a step back and reconsider. It’s unfortunate that Ubisoft didn’t include one of the most original takes on multiplayer, but I think we can understand why they made that decision.

“The same frustrating, loose free-running from the older games is present in all its rage-inducing infamy.”

One of my favorite features of the games has always been upgrading the Monteriggioni Villa. That is still true with the remastered version of AC: II. Rebuilding and repopulating the run down ghost town is still as fulfilling as it was the first time. Plus, it was always the fastest way to build up a huge bankroll. Likewise, the Subject 16 puzzles are still fascinating and challenging to me after all these years.

I find myself at an internal impasse with The Ezio Collection. On the one hand, I absolutely loved going back and experiencing the stories told throughout this incredible trilogy. I loved building up Monteriggioni and Roma again. I loved beating the tombs in AC: Brotherhood and getting full synchronization. On the other hand, it’s not a game I can genuinely recommend buying for full price. This is a collection made for truly diehard Ezio fans and the uninitiated. 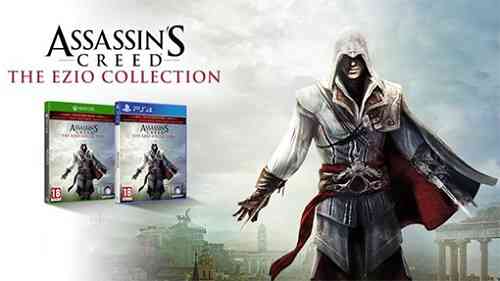 The Ezio Collection may get a Switch Release According to Rumor