Today, the official Assassin’s Creed Twitter account announced an exciting release. The acclaimed Ezio Collection is coming to the Nintendo Switch on February 17. First rumoured last month, the collection is officially making its way to the Switch. 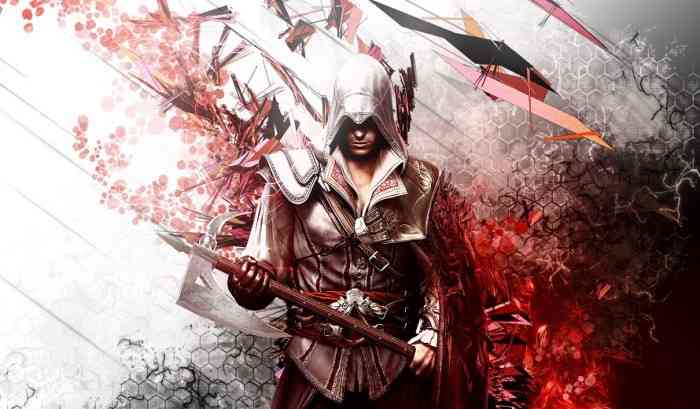 The collection was first released for Xbox One and PlayStation 4 in 2016. It included the entire trilogy chronicling the life of Ezio Auditore da Firenze. Ezio is a key character in the Assassin’s Creed universe. His story is the basis of many future games, and these titles helped launch the franchise to its current popularity.

A lot has happened since these games first debuted. Excluding spin-off releases, there have been eight titles in the main series released since Revelations. The most recent entry in the series, Assassin’s Creed Valhalla debut in 2020. The Ezio Collection is a great buy for players who are more recent fans of the series who missed these games’ original releases.

The Collection’s first release promised improved graphics but it under-delivered according to some critics. Yet while some of the gameplay mechanics may feel different from the more recent titles, the Ezio storyline remains one of the series’ best. It is also the basis of a lot of the franchise’s lore.

Moreover, this release still makes for a great buy as it includes every piece of single-player DLC for all three of the games. There are also two short films included in the collection: Lineage and Embers.

The collection is available for pre-order on the Nintendo Switch store today. If you have played these games, which early title is your favourite? Let us know in the comments below.

Console Players Will Get an Upgrade to Assassin’s Creed: Origins
Next
Humankind Releases First Major DLC: Cultures of Africa
Previous
Halo Infinite’s Biggest Gametype is Broken, But a Fix is Coming