As Dusk Falls Review (No Spoilers)

Families are complicated. The web of relationships between couples, parents, and children are often complex. Past mistakes, betrayals, and conflicts simmer just below the surface, and stressful situations bring them to the fore. Although As Dusk Falls is structurally a crime story, much of its energy comes from interpersonal drama.

Drama in the Desert

As Dusk Falls begins with a quintessential American plot device: a road trip. Vince, his wife Michelle, his young daughter Zoe, and his father, Jim, pile into the family sedan. Very early on we start to see that the family is, if not unraveling, certainly tense. Vince lost his aircraft mechanic job after an accident he may have caused resulted in an expensive disaster. Michelle gave up a university teaching assignment to support Vince in a relocation. Vince’s estranged father Jim is trying to make up for years of family neglect and abandonment by tagging along. Little Zoe is aware of the tension in the air. All of the adults are harboring secrets. In fact, just about every main character in As Dusk Falls has something in their past, present or personality they try very hard to ignore or cover up.

The family is run off the road by a speeding truck in the southwest desert. Engine in need of repair, they retreat to another pretty familiar story trope: the isolated, rural motel. That things are about to go south is no surprise. As Dusk Falls does an excellent job of cutting back and forth between two groups — Vince and his family and a trio of brothers — both before and after their inevitable intersection. As Dusk Falls expertly plays with time. In fact, the game spans thirty years. As full of drama and tension as the incident in the desert might seem, As Dusk Falls has more ambitious goals. What happens in the desert is just the beginning. 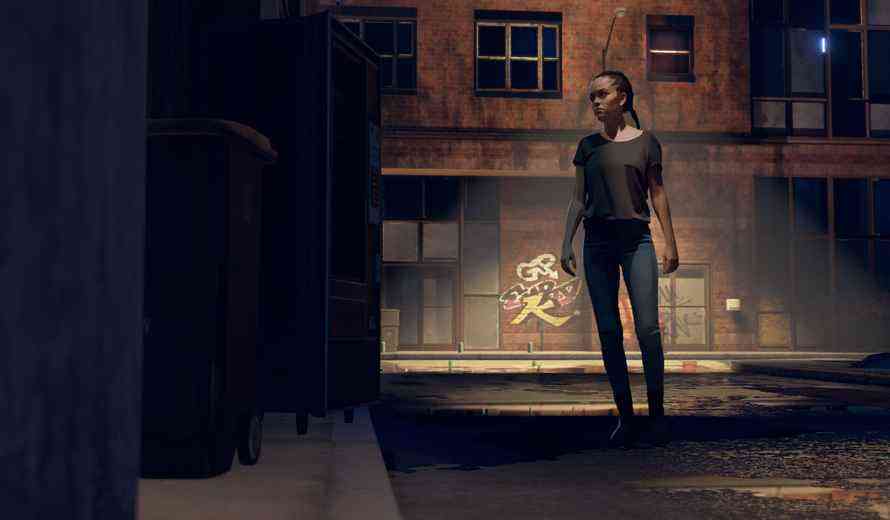 To elaborate on the story much more would risk even more spoilers, and As Dusk Falls really depends on not anticipating what comes next. There are a lot of crossroads where choices matter. Even though the biggest story beats will remain consistent across multiple playthroughs, that’s not true for many moments along the way. There’s definitely motivation for playing the game several times to see the results of different choices.

A Drama Worth Playing

Players interact with As Dusk Falls via frequent dialogue choices and QuickTime events. There are also some pixel-hunting sections where the player is looking for some object in the environment. On the whole, these feel a bit irrelevant and aren’t very interesting. On the other hand, the QTEs are critical to the direction in which the story progresses. They often consist of a series of timed moves. None of the QTEs require an immense amount of precision, but sometimes they’re surprising or come at an unexpected moment, raising the stakes.

Although it doesn’t deal with supernatural monsters, As Dusk Falls is similar to The Quarry in its excellent writing, clearly drawn characters, and superb voice acting. The characters are believably written, performance captured, and voiced by experienced actors and it shows. The script is not afraid of raw emotion and takes its characters to some pretty dark places. While each character arc is shaped by player choice, the big beats feel earned and make dramatic sense. A few of the game’s flashbacks drag a bit, but in general, As Dusk Falls has excellent pacing that keeps the player solidly engaged. 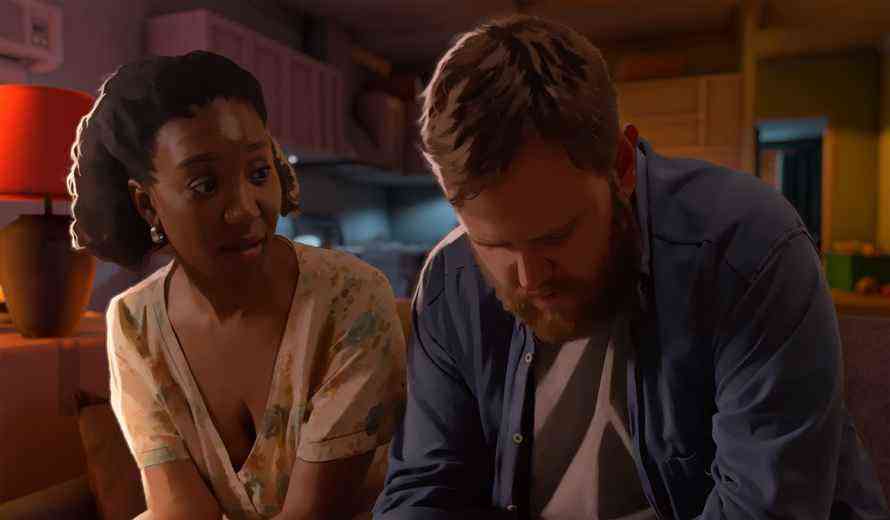 My biggest criticisms of As Dusk Falls as a drama are that very impactful incidents sometimes resolve a little too conveniently or quickly. There are some characters that are a little too close to stock “types,” which The Quarry embraced as well. It’s either convenient dramatic shorthand or lazy, depending on your tolerance for cliché. Finally, dialogue choices don’t always do a great job of disguising their potential impact as “good,” “bad,” or “neutral.” Of course, this might be intentional. That said, there are definitely moments when every choice seems like a bad idea. While As Dusk Falls might not quite reach the dramatic heights of the best television or movies, it’s miles above most videogame narratives.

As Dusk Falls has a unique visual style. It combines a series of static character images against occasionally animated backgrounds. The hand-painted art definitely has the look of a well-drawn graphic novel. I’ll admit, although it’s exceptionally beautiful, it took me a few minutes to appreciate how clever the art actually is. By presenting the characters as a series of still images, it allows the art to define the characters’ faces and expressions with a lot of emotional precision. Whether or not this was an economic choice — full performance capture is expensive — it works amazingly well. 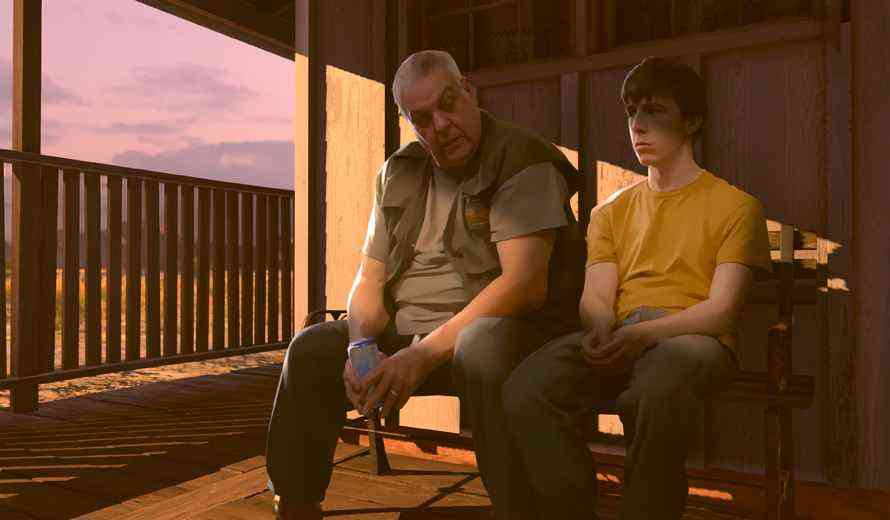 Sometimes with very narrative-heavy or character-driven games, I wonder why the developers bothered to make a game instead of a film. With As Dusk Falls, I always felt that, at least in a small way, my inputs and choices truly made a difference to the way the story unfolded. The result was an experience that felt like it was at home in the media.

As Dusk Falls delivers a tense, dramatic and thoughtful story. Its narrative is always engaging and player choices feel impactful. While some moments can feel rushed or resolve too conveniently, many others are surprising, moving, and hard to forget. Thanks to a compelling story and characters, As Dusk Falls is one of the best interactive dramas in recent memory.


The Dark Pictures Anthology: The Devil in Me Review – The Murder Castle