Emerging as a single player expansion for Gwent: The Witcher Card Game, Gwent: Rogue Mage takes the base of the popular CCG and genre blends it with a roguelike. But has developer CD PROJEKT managed to create a a fresh take on the CCG-Roguelike game? Or have they simply played a bad hand?

Gwent: Rogue Mage asserts itself into the lore of Witcher, only a few hundred years before the events of the games. Though the introduction to the game provides a basis for the story, the story of the game itself often is not the main focus. Instead, the gameplay shines as the prominent work of the game. Playing as the rogue mage Alzur players embark upon a quest to create a living weapon, to defeat the endless hordes of monsters plaguing the continent. Of course, as you adventure throughout the land, traversing a travel map that is generated randomly each run, you will face many foes. The object of the game is to defeat these foes with a starting deck and choose to add or remove cards to your deck, becoming stronger as you do.

The deck-building is central to the gameplay, not unlike the original Gwent. However, this game features random cards that will be added from a discovered selection. Additionally, spells also make up a major part of the gameplay cycle where players can use energy to cast spells. Players will learn to mix and match their spells to adapt to situations as they travel across the map. Speaking of which, the map doesn’t feel alive and adventurous but more serves as a decision-making board for the player to choose their next move. It’s apparent that story and adventure are taking a bit of a back seat. Yet, it works. Especially for the style of gameplay.

The main gameplay of Gwent: Rogue Mage revolves around selecting a starting deck, embarking on runs, and making your deck stronger after encounters. When the player dies, which they inevitably will, they return to the laboratory and prepare to set out again.  Of course, this sounds simple enough. However, the strategy of the game becomes apparent during combat encounters and the adventure map. Learning which cards to select to improve your deck, and learning enemy decks goes a long way. 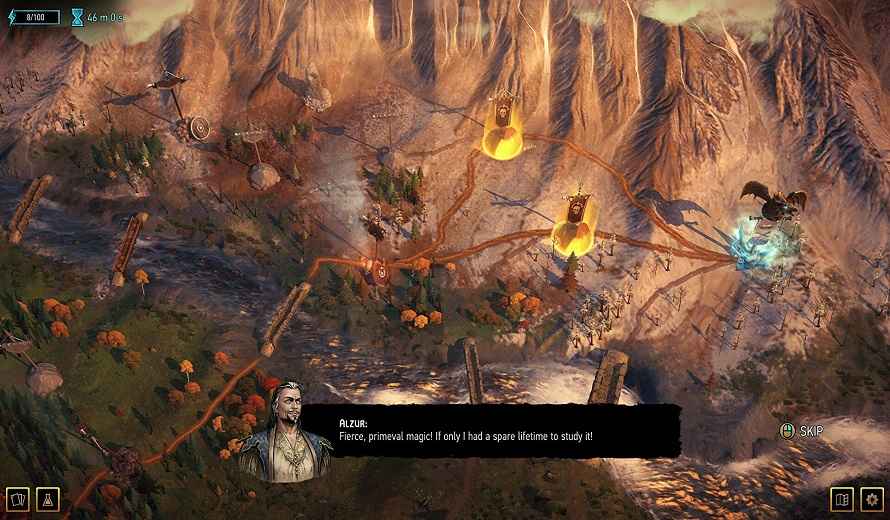 Though the main gameplay is fun, interesting, and features full voice acting for playing cards, it can be slightly repetitive. This may be intentional as a way to make sure players understand cards and combos. However, facing the same few types of enemies repeatedly can become grating and feel more like a slog than an adventure. Still, the core values of a CCG-Roguelike maintain the fun. Obviously, this isn’t the kind of game where a player should expect to succeed on their first run. Or even their second or third. The point is to keep testing yourself, learn what decks and combos work and what don’t, and have fun experimenting with cards.

The cards themselves are Gwent cards. Many of them will appear very familiar to the avid Gwent player. This includes their abilities and keywords. Coming from Gwent to Rogue Mage doesn’t feel like a giant leap. Though the games are shorter, with only one round of play instead of two, they still feel engaging and high stakes.

While the base gameplay is essentially just a faster version of Gwent, the loop that makes it a roguelike adds enough to make it feel distinct. The game provides the feeling of Gwent without the worry of metas or other players. Rogue Mage gives the single player experience that players may desire when they become burnt out by the multiplayer aspects of Gwent. 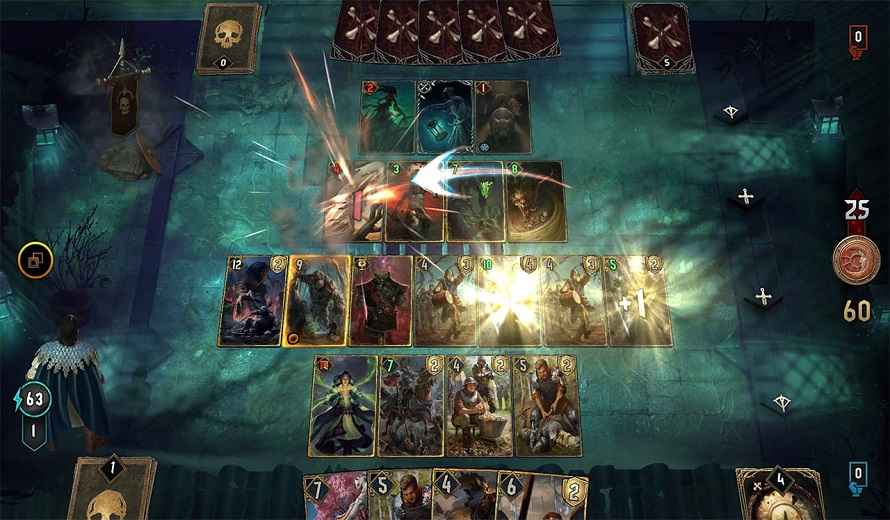 The important distinctions really come from the concept of the game as a roguelike. The adventure map adds another layer of strategic thinking, where players must decide if they want to risk a fight for a new card. Or would they rather take an event and see what fate has in store. It is up to the player to decide if they feel their deck is strong enough. Yet once they enter a combat encounter it’s the classic Gwent they know and love.

The differences make for a fun single-player experience that fits into the lore of the Witcher world. However, this isn’t the kind of game to play if you are after a fully immersive story. On the contrary, Gwent: Rogue Mage’s story mostly ends with the intro video and flavor voice lines from the two main characters. Now, if you want a game to kill some hours with some fun mechanics and a lot to unlock and learn, then Rogue Mage may be what you’re after.