Klonoa made his entry to the gaming scene back in 1997 with Klonoa: Door to Phantomile, the first game included in this collection. The second game featured is the sequel, Klonoa 2: Lunatea’s Veil, which came out in 2001. Both these titles are quite old now and despite the fresh coat of paint, they do show their age. However, if you enjoy what Klonoa brings to the table, that doesn’t matter in the slightest. Klonoa Phantasy Reverie Series is still a great time for the discerning retro platformer fan.

The games were remastered by MONKEYCRAFT, the same developer that previously remastered Wonder Boy: Asha in Monster World. The remaster does a great job of updating the look of the games while keeping their unique style. This is especially important for the Klonoa series, since–unlike most mascot platformers of the 90s–Klonoa is a very emotional character. Everything about Klonoa is expressive from his constantly-waggling ears to his enormous eyes. I was delighted to see that openness carry over to the remaster.

The Best Games You Never Played

Door to Phantomile and Lunatea’s Veil may look like mascot platformers, and to a certain extent play like them, but there’s something more going on under the surface. Mechanically, each game combines a variety of interesting exploration and action features to create a constant sense of movement and discovery. The average Klonoa level is full of branching paths, hidden secrets, and collectibles, which really adds to the replay value. The downside of this is that it can be hard to tell which paths lead to more gems and which are dead ends. Some levels are so large and winding that they feel like something of out a Metroidvania game. Backtracking included. 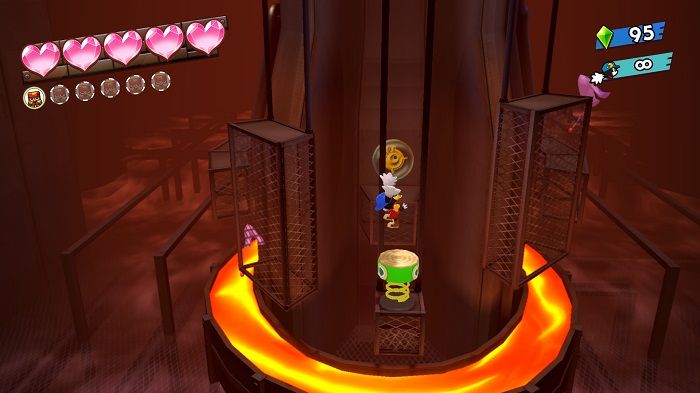 When you aren’t wandering through the surreal, dream-like environments of Phantomile and Lunatea, you’re usually trying to solve a puzzle to advance. Knowing how to solve the puzzles doesn’t make those puzzles easier. Most of them involve a lot of careful positioning and planning. Timing is key. Fortunately, the controls are very slick. My only complaint is that the platforming sequences can be a bit finicky.

Beyond that, Klonoa is just plain-old fun. Some games struggle to tie together their mechanics. Klonoa, as a character and as a game, is based around two concepts: dreams and wind. The dream elements surface in the narrative, in the surreal level design, and especially in the characters. The wind elements, meanwhile, govern most of the actual game mechanics. Klonoa can double jump with wind. He attacks with wind. He can use wind to inflate his enemies like balloons. Then he can use those enemies to jump even further or attack at range. Most levels feature some form of rapid transport or stage hazard reminiscent of gusts of wind or water currents. This makes the games feel remarkably cohesive. 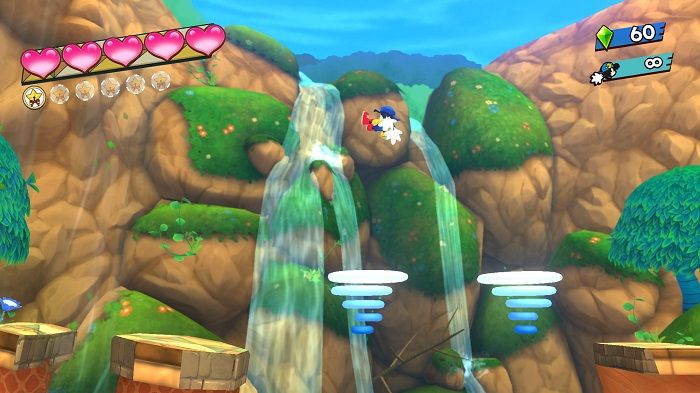 The games’ graphics are definitely visibly dated, but the effect is quite charming. Definitely retro, but not in a bad way. It helps that the bright colors, cute character designs, and rounded models are all deliberately stylized. The result is an experience that seems almost hand-crafted. Even if the visuals can be a bit clumsy, this remaster has so much love put in that I don’t mind. The environmental design is lovely, too. As Klonoa plays in 2.5D, pieces of a given level are visible long before you can reach them. The carefully crafted layouts were fascinating to watch in the original titles, but the remaster gave them a huge glow-up. 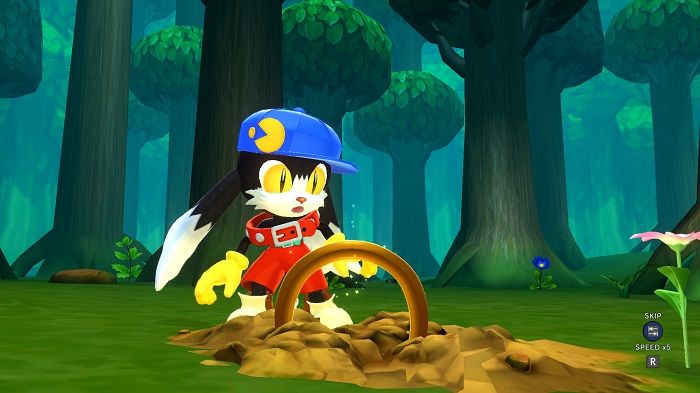 As a PS1 game, Door to Phantomile definitely benefited from the graphics overhaul more than Lunatea’s Veil. The art direction even updates Klonoa’s model to be more in line with his later appearances. I’m actually a bit disappointed about this—I like Klonoa being just a little creature in the first game. By the second game, he’s started to look more like a Sonic character.

The soundscape of these games is also amazing. Every tune is charming and sets the mood for a given stage, cutscene, or boss fight perfectly. Unfortunately, the text auto-scrolls in Door to Phantomile. This does keep the cutscenes moving smoothly. However, all Klonoa characters speak in a fictional language, so the text is how the story is conveyed. As such, auto-scrolling text means you can’t afford to look away from the screen during cutscenes.

Although Klonoa is no Final Fantasy, the series is notorious among fans for its satisfying but heartwrenching twists. The ending of Klonoa: Door to Phantomile is a punch to the heart notorious for scarring unwary gamers. Although you can play the games in either order, I heartily recommend playing Klonoa: Door to Phantomile first. That way, you’ll get the full impact of its narrative before Lunatea’s Veil steps things up with an even more unpredictable twist. 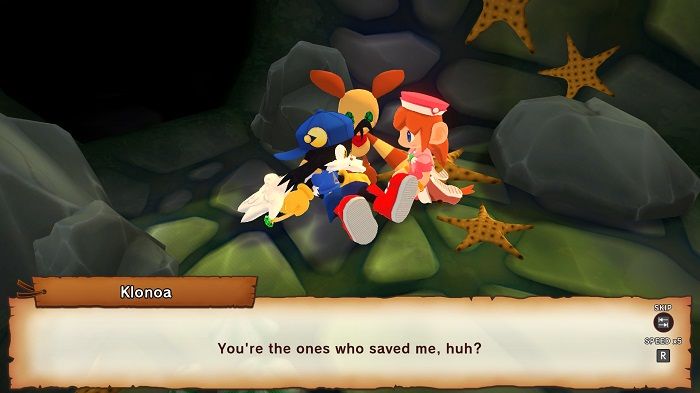 Both mainline Klonoa games place the furry protagonist in a colorful world full of friends and enemies. He’s tasked with a seemingly simple goal but gradually discovers things are more complicated than he was told. Lunatea’s Veil does much more with that complex reality than Door to Phantomile. However, Door to Phantomile’s simplicity is part of what makes it such an emotional experience. In the end, Klonoa is a story about accepting emotions, even negative emotions, and growing stronger for it. That, and the friends Klonoa makes along the way.

This remaster isn’t all good, of course. One downside is that there aren’t a lot of additions to this compilation. It’s mostly just a way to experience Klonoa with remastered graphics. Don’t go into this expecting tons of extras for the new collection. There is an option to buy a digital artbook and soundtrack separately, but I wouldn’t recommend anyone but a dedicated fan do that. 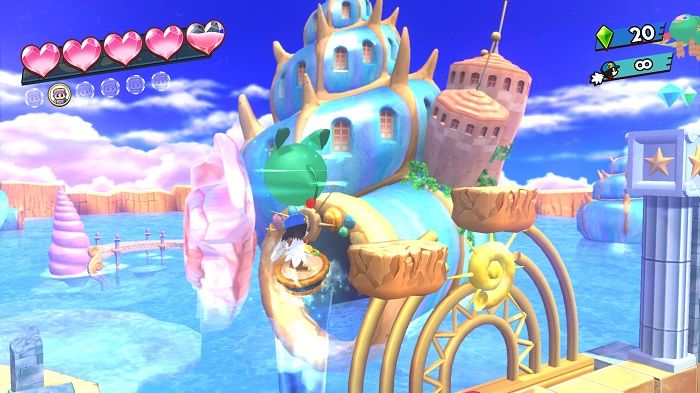 Does Klonoa’s age show? Yes. Do these games still have a lot of charm after twenty years? Also yes. If you enjoy retro platformers, you really have no excuse for not playing Klonoa: Phantasy Reverie Series. 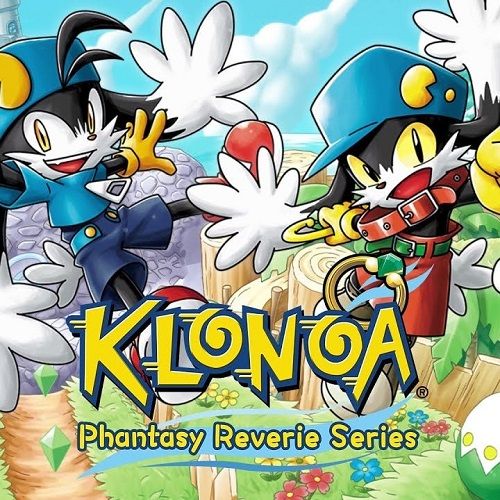