Some games remain beloved for decades because of their intricate plots, detailed characterization, and the questions they raise. Others remain beloved because they’re simple, streamlined, and above all else, fun. Wonder Boy: Asha in Monster World is definitely one of the second type. There’s nothing particularly deep or surprising in this remake, but it’s very cute, full of replay value, and generally enjoyable. It’s also a very short game–you can probably finish your first playthrough in five hours, even on Normal Difficulty–but it sure is a good time while it lasts.

Asha is a young girl about to begin her life as a warrior by challenging the Tower of Silence—a task so dangerous that her entire village comes out to wish her luck. After conquering the Tower, she goes to the capital city of Rapadagna to seek the title of warrior from Queen Praprill XIII. The Queen charges Asha with being brave and fighting to protect all peace-loving people, and then immediately gives her a quest: save the four spirits that protect this land and defeat whatever forces are spawning dark clouds overhead. After snagging some supplies and a Pepelogoo egg from the castle vault, Asha heads off with her new best friend to free the spirits and save the kingdom from being consumed by hatred and darkness. Not exactly a complex plot, but combined with some adorable character designs and stunning environments, it was enough to keep me invested. 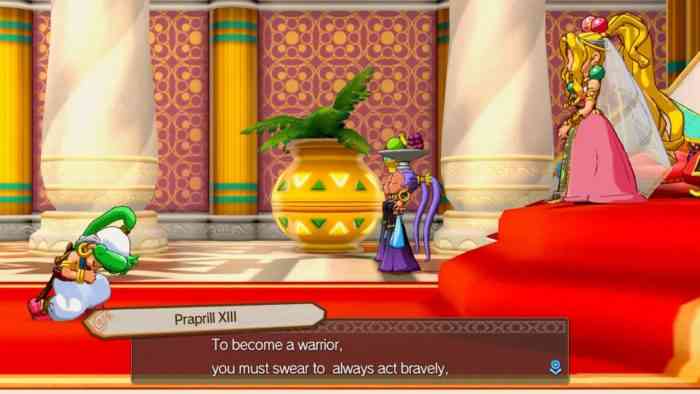 The game’s main focus is the relationship between Asha and Pepelogoo, which is absolutely adorable and forms the basis for most of the game’s mechanics. While there are some dungeons Asha can clear on her own, most of them are structured in a way that forces her to rely on Pepelogoo’s many abilities, which include gliding, double-jumping, absorbing heat and fire, melting ice, pressing switches, and locating hidden doors. One of the only things Pepelogoo can’t do is attack enemies, meaning that Asha is the game’s sole damage-dealer.

Speaking of Asha, she’s overflowing with personality, from her exaggerated expressions to the victorious wiggle she does before opening a chest. Pepelogoo is also wonderfully expressive, getting dizzy when thrown, startled when a bomb goes off near him, and smiling when Asha whistles for him. Possibly the best moment between them occurs in a game over after Pepelogoo hatches—if you have an elixir in your inventory, Pepelogoo will grab it and tip it into Asha’s mouth, bringing her back to full strength. 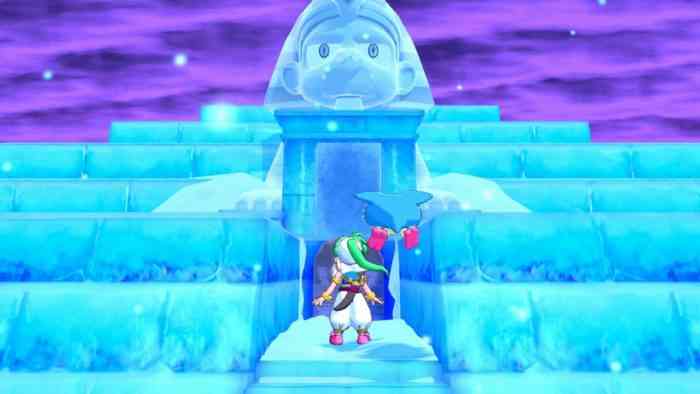 They Can Do Anything Together

Gameplay-wise, this a fairly standard 2D platformer with a side of The Legend of Zelda. Gather hearts to restore health, gather Life Drops to expand the number of hearts you have, and slash at any monster that comes too close. Blocking with your shield is also incredibly important, especially when figuring a new enemy’s attack patterns. Upgrading your equipment will unlock new abilities, increase your damage, and increase your heart limit. As you attack, you build up power for a Magical Hit, but I barely ever used this except in boss fights. If a dungeon is too much, you can use the Magic Lamp to return to the city, where you can prepare before trying your luck again. 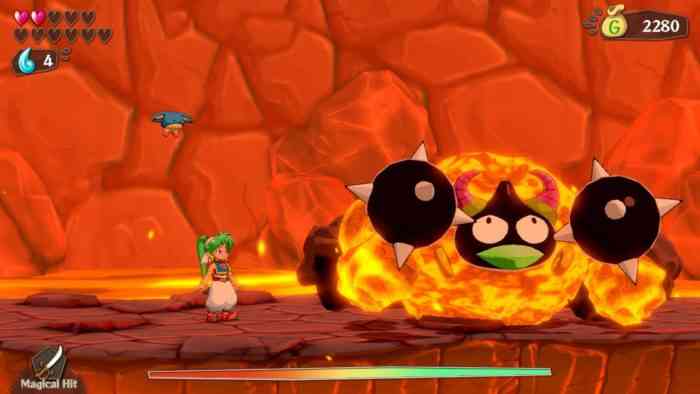 You’d expect such a cute game to be easy, but in Normal Mode–which replicates the original Monster World IV’s difficulty–this game is surprisingly unforgiving. I found myself saving every time I got past a challenge. Boss fights can have multiple stages and are uncompromising in their difficulty. Learn the boss’s attack patterns through trial and error or perish. Eking out a win always felt like I’d overcome a great challenge.

While the graphics are slick and very cute, the 2.5D presentation can make it difficult to tell where things are or conceal monsters behind parts of the foreground. Likewise, the fact that the screen doesn’t shift upward when Asha jumps makes it hard to tell when there’s a ledge you can reach overhead and when it’s just the level’s ceiling. I also had great difficulty solving some puzzles because I couldn’t figure out how to get on the right horizontal axis. Aside from that and the short length, my biggest complaint is the lack of a way to pet Pepelogoo. Yes, Asha can pet and hug him in cutscenes and you get to feed him his favorite fruit at several points in the game, but I wanted to pet him on command. 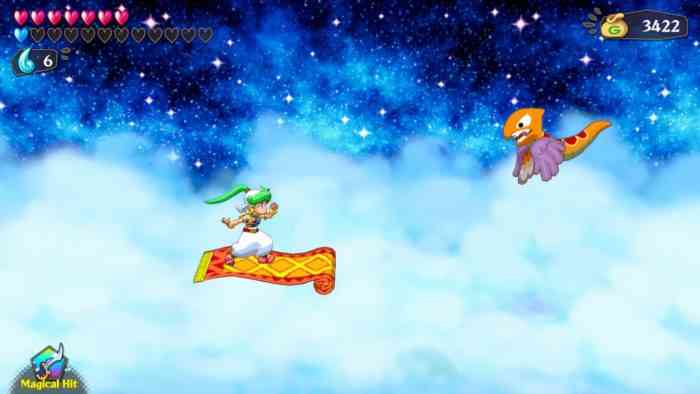 Wonder Boy: Asha in Monster World is a solid remaster and a fun action-platformer. Its protagonists are incredibly endearing and its simplicity is very charming. I recommend it to anyone with a craving for tough retro gameplay wrapped in a cute package. Just don’t go in expecting anything particularly long or deep.

The digital version of Wonder Boy: Asha in Monster World can be purchased from the Nintendo and Sony stores and is published by STUDIOARTDINK. 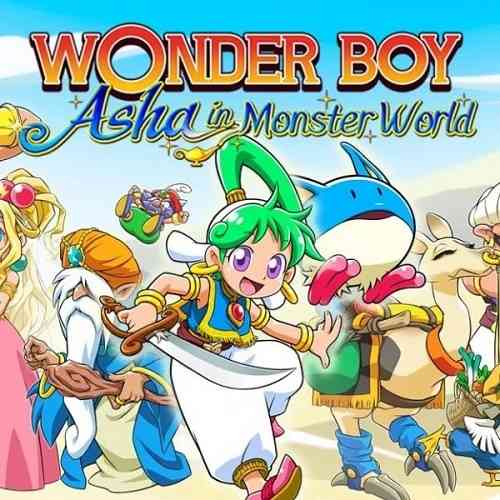