The first thing I noticed about Beautiful Desolation was its fantastic visuals, with rusty post-apocalyptic 2D isometric art, landscapes, and phenomenal character designs that become more apparent during its many cutscenes. Being a story-driven game, its look may resemble that of an action RPG that targets an adrenaline-seeking audience, but in fact it focuses more on exploration and dialogue. While it is still a role-playing adventure, it was originally a point-and-click game making this more suitable for those who are curious about the story and the characters’ outcomes. Although often challenging our patience and eyesight when looking for items and clues, Beautiful Desolation is nevertheless a stunning game that is best played on a larger screen.

The first scene of the game lays out the story, with a rainy drive turned catastrophic due to the appearance of the Penrose, a giant monolith in the sky. Mark Leslie, our protagonist, lost his fiancee that night and believes the Penrose held secrets that needed to be exposed. Years after the accident, Mark enlists the help of his brother Don to fly him up to the Penrose for an investigation. Unfortunately, they are caught by security and a random explosion is set off, sending Mark, Don, and a robotic guard dog named Pooch into the future, where they have to work together to find their way back home. In a 2D isometric environment, we traverse through different villages and lands, seeking items and answers to help navigate this foreign landscape while making decisions that will change the course of the brothers’ path.

Learning As You Go

The game is narrative-driven and the story is told through the countless interactions you have with other characters. Voiced by a cast of talented voice actors, the dialogue is brought to life and often requires the player’s input in the game, engaging us in the story right from the start and using our answers to determine the outcome of our characters. Though some options may sound similar, these can be critical decisions that we have to make to keep the game going – there is no default option and anything is fair game. Not much is known about the consequences of your decisions until it happens, but that’s part of the fun in these interactions. 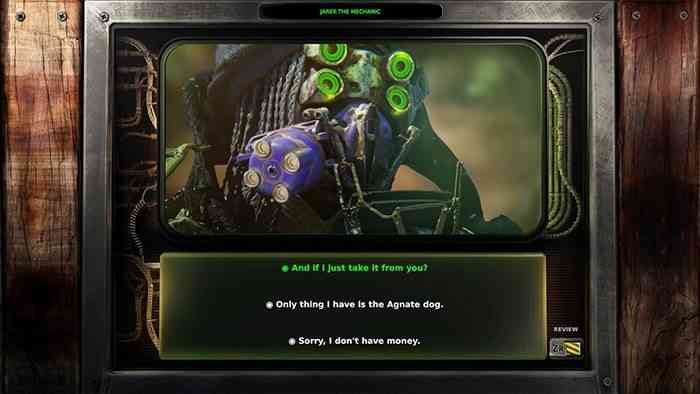 While the beginning of the game uses names and terms that sound unfamiliar, these gaps of information can be filled through patient exploration and meaningful dialogue. A lot of times there is the expectation to learn as you go, meaning NPCs will not explain everything and your lack of knowledge is accurately reflected in your character. There is a lot of blind exploration which involves travelling through cities and swamps to find random items that you’ve never heard of and have no idea what to do with. Even though you aren’t penalized for being slow, it can be mentally draining to backtrack multiple times since the objective may be unclear due to unfamiliarity with your surroundings.

Exploration in a Rich Environment

Because the visuals are crisp and colorful, during cutscenes and character dialogue sometimes I forget I’m playing a game on the Nintendo Switch. With that being said, the graphics and character movements did struggle with the lowered frame rates especially evident on the handheld mode. The details in the game are fantastic however, so playing on a larger screen is the most ideal. Regardless of screen size, looking for required items had me circling around various locations many times. It can be tough to know what’s actually part of the background and what is not accessible to the player, and is easy to miss a path that leads to the object we need. There is a button that allows you to zoom in, but I only wish there was an option to zoom in just a little more. 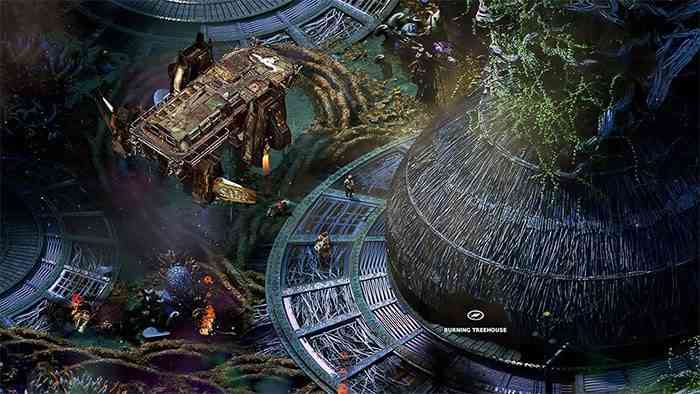 Originally a point-and-click game, Beautiful Desolation excels on the PC but playing on the Nintendo Switch was not bad at all. Of course clicking things would always be easier than actually making your characters move, so this isn’t a notable inconvenience. The limitations of the console are understandable, and actually the controls were fairly smooth despite needing some getting used to. Truthfully, if I were to “point and click” on a handheld touchscreen, I probably wouldn’t as the screen is too small to be enjoyable, so the setup is the best that it can be.

Even with its environment being so desolate, there is still something rather beautiful – and this isn’t about the visuals, but the overall charm of the game and its characters. When I first heard of Beautiful Desolation I had expected a guns-blazing adrenaline-pumping RPG that would involve a high level of stress, but instead, I was given struggling human characters trying to find a way home with actual useful dialogue and choices that made a difference. Sure there is a lot of exploring, backtracking, and crying about finding items (eventually leading to searching online for hints and walkthroughs), but through it all, it was a journey that was worth experiencing – especially on a television screen. 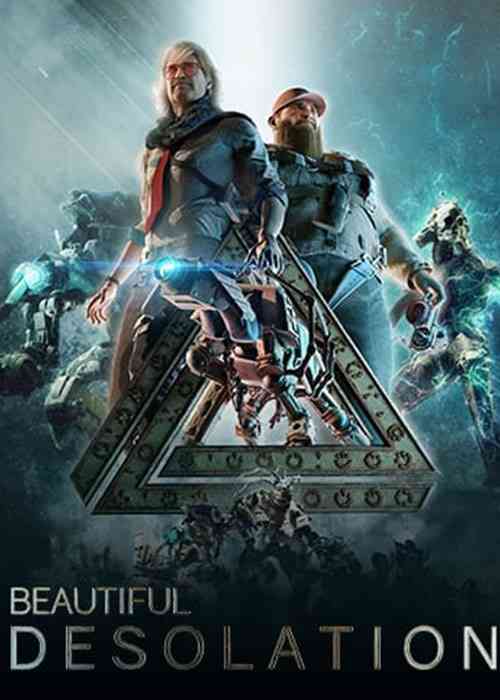