It’s a lesson well-learned by writers, musicians, TV producers, and film directors: when something is successful, don’t mess with it. More of the same is a good thing. Sure, you want to tweak your product a little. Making big changes, though, tends to alienate your audience. It’s a good way to describe Monster Hunter Rise: Sunbreak, a major expansion for Monster Hunter: Rise. It adds quality of life features, boosts the challenge, and drops in a lot of new content while keeping the essential experience intact. And that’s a good thing.

A Barrier to Entry

Sunbreak is not a standalone expansion. It requires the base game. Moreover, it’s operating on the assumption the player has nearly completed Monster Hunter Rise and has some serious hunting experience. Unlike some DLC, Sunbreak’s content is gated by having to complete the Urgent Quest entitled “Serpent Goddess of Thunder” and defeat the monster Narwa.

After a hunt and battle with the wolf-monster Lunagaron, you learn that a trio of mighty monsters called the Three Lords is threatening a previously unknown land called The Kingdom. Hunters and scientists travel to the Elgado Outpost to begin the quest to rid the Kingdom of the Three Lords. Elgado is a rather drab, compact hub that serves as your base of operations. Sunbreak adds Master Rank, which considerably increases the difficulty of monsters and hunts. While some of the biomes are new, others are retreads from Rise. 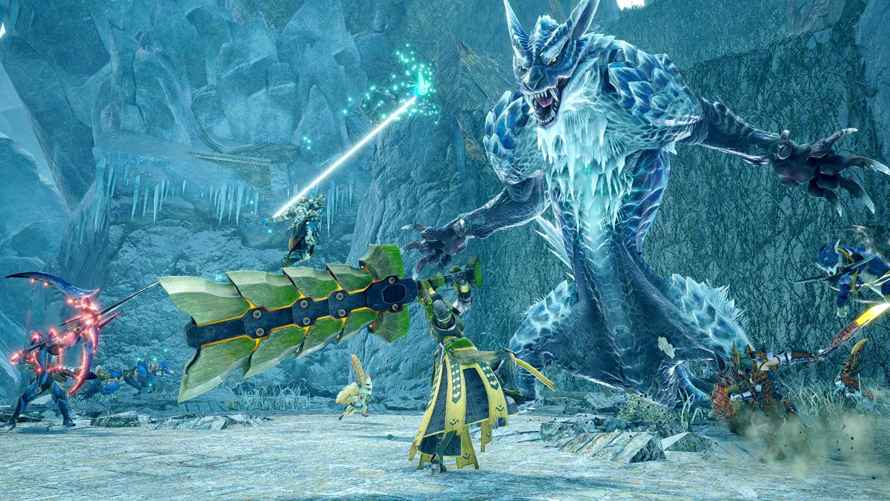 A significant part of Sunbreak’s opening hours is fighting more challenging versions of familiar monsters from Rise. In fact, it isn’t until you’ve reached Master Rank 3 that you begin to see any of the game’s five new monsters including the Garangolm, Gore Magala, Espinas, and Malzeno.  A handful of new enemies is not a lot, to be sure, but they’re all excellent, especially The Three Lords, fearsome elder dragons. My favorite was Mazeno, with its vampiric moth adds and effects. All of the elder dragon fights are incredibly fun and challenging. All that said, it’s a bit disappointing that Sunbreak holds back the good stuff for several hours of play. However, the developers have promised a steady stream of additions post-launch.

Any player who enjoyed Rise’s tower defence-like Rampage missions will find them absent in Sunbreak. To balance the scales, Sunbreak introduces some new mechanics and tweaks familiar ones.

For example, each of the weapon types has been given new Switch Skills and Silkbind Attacks to use in battle. These new abilities and techniques are specifically tuned to the new enemies, but are brilliantly useful against just about all the monsters. Having instant access to favorite Silkbind Attacks without needing to change them back at camp is a great quality of life hack.

Maybe the best change to Rise’s mechanics is the Switch Skill Swap. It grants the player two Switch Skill loadouts they can swap to at any time at the cost of a small amount of stamina. Essentially, it allows players go into battle with two entirely different playstyles. The Switch Skill Swap is a great mechanic, but Sunbreak holds it at arm’s length until Master Rank 4. 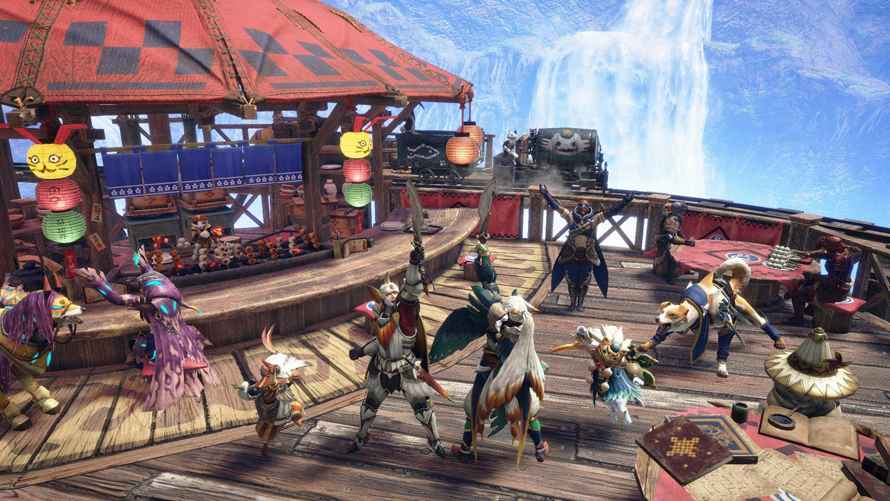 There are a few smaller changes to play as well. Players can now climb vertical walls without a Wirebug, and the Wyvern riding mechanic has been adjusted.

For those players adverse to grouping up with humans, there are new Follower Collab Quests. These are optional, single-player-only missions that pair the player with one or two NPCs from the game. The best part is that the NPCs perform exceptionally well. They’re savvy hunters both offensively and defensively. Many of them have appealing personalities and witty dialogue that makes them entertaining companions. It’s a shame that the Follower Quests are so superfluous to the narrative, and mostly a means of grinding and unlocking unique gear. And, as good as the NPCs are, they still don’t take the place of real players. 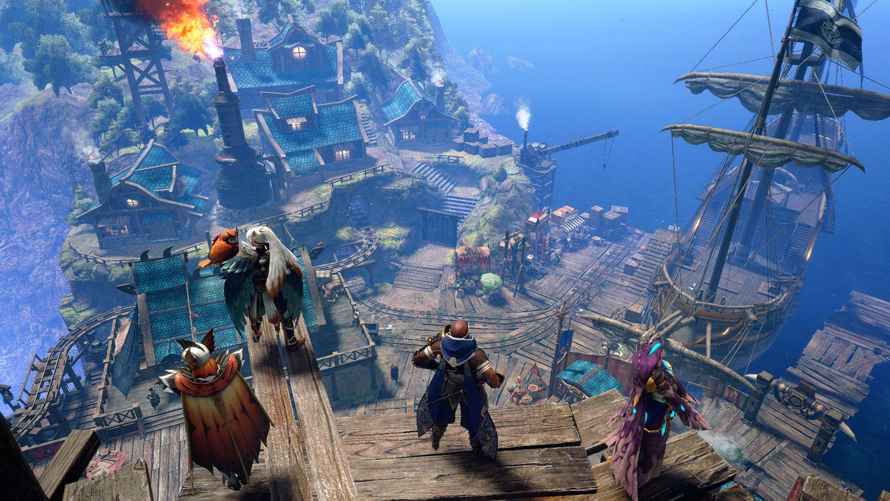 Although I personally love Monster Hunter World just a little bit more, Rise is a thrilling and engrossing game. Sunbreak does what it needs to do. It adds some awesome new monsters, sweetens gameplay, and folds in a new way to hunt with NPCs. It takes a while to get to the really good stuff, but fans of Rise probably won’t mind. Thanks to the Master Rank quests and ultra-challenging hunts, Sunbreak pushes experienced players to take their already impressive skills to a whole new world.