Capcom is once again diving into its vast vault of iconic, and some not so iconic, arcade titles to bring these classic experiences home. It was only last year when Capcom released the first Capcom Arcade Stadium. Heck, it was only last month when Capcom released another collection of classics with the Capcom Fighting Collection. And yet, here we are with another opportunity to dive into Capcom’s history. Much like the original Capcom Arcade Stadium, the Capcom Arcade 2nd Stadium offers players two different ways of building their collection; buying titles individually or buying them all as a set. Folks can start their collection off with a free copy of the game SonSon. Stick around to find out if it’ll be worth buying the rest as a package or just picking and choosing which classics to buy.

The collection of games included in the Capcom Arcade 2nd Stadium is relatively diverse. You’ll get a variety of fighting games, including the Street Fighter Alpha trilogy and three Darkstalkers games. There are a whole bunch of shoot-em-up games, such as Savage Bees and 1943. A decent collection of puzzle games, including the Breakout knockoff Block Block. And some decent brawlers, including one that I was looking forward to replaying, Knights of the Round. In total, you’ll find 32 classic arcade games in this collection. Unfortunately, if you already own last months Capcom Fighting Collection, you’ll notice 6 repeat games here. It’s a bit disappointing, but it also gives more players the opportunity to enjoy the excellent Darkstalkers games, which hopefully will lead Capcom to give fans a proper remake or sequel sometime. 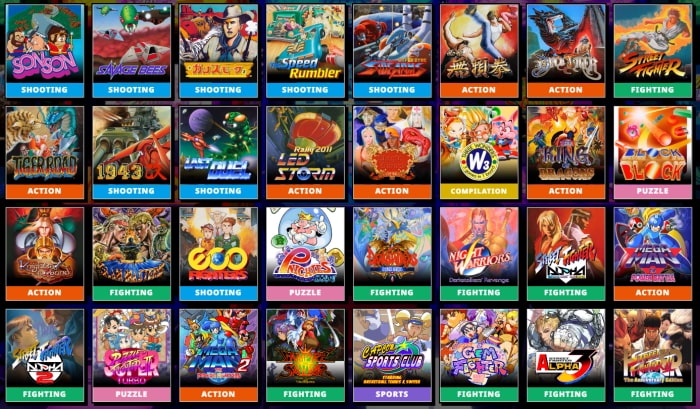 Many of these games included are extremely tough. Of course, that makes sense since they were designed to eat as many quarters as possible. Fortunately, each game has a variety of visual and gameplay options you can tweak to cater to your skill level and preferences. For example, each game can be displayed as if you’re standing there in front of an arcade unit or it can be adjusted to look like you’re viewing it off a TV. You can also add a variety of filters to make the game look like you’re using an old CRT TV – though I personally prefer not using any filters and keeping everything as crisp as possible.

Gameplay settings include difficulty, the number of lives you have and the speed at which the game runs. You can also adjust the game speed in-game, including a very handy 10-second rewind function to help get through challenging bits. In addition, you can download a free Invincibility DLC that’ll make you immune to any damage in any game. Sure, it’s essentially cheating – but if you’re just interested in seeing a game start to finish without hassle, this is the way to do it. 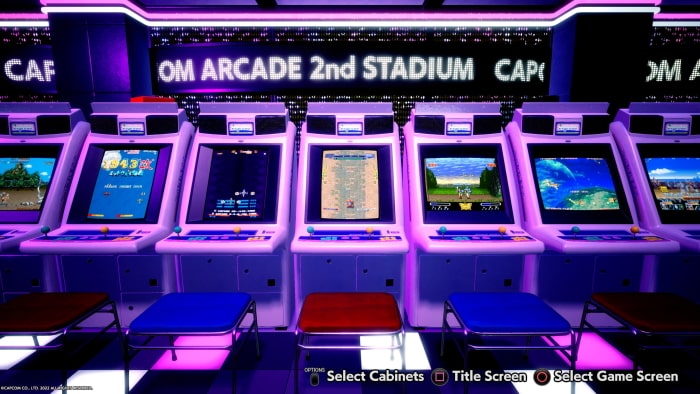 None of these games have been updated in any way visually. Much like the last few Capcom collections, if you’re playing these games on a large TV, you’ll notice a heavy amount of pixelation. It’s not terrible. However, I do wish some of these games would get an upgraded treatment. One feature I am very grateful for is the “auto” button. Less tap-tap-tapping the same shooting button, which is a saving grace for my aging fingers. I also love the save features, and unlike Capcom Fighting Collection, there are plenty of save slots available.

I don’t understand why Capcom opted to make this a 2nd Arcade Stadium game instead of expanding upon the first Capcom Arcade Stadium. Both games are essentially the same, aside from the collection of games. I just feel that they could have treated this as a sort of “second season”. It would have made Capcom Arcade Stadium a one-stop shop for these classics. I also wish they expanded on this arcade concept and gave gamers the opportunity to customize their arcade. Imagine a virtual Capcom arcade that you could design complete with arcade units, props, and more. PAC-MAN MUSEUM+ did this and it really added a fun, creative element to the mix. 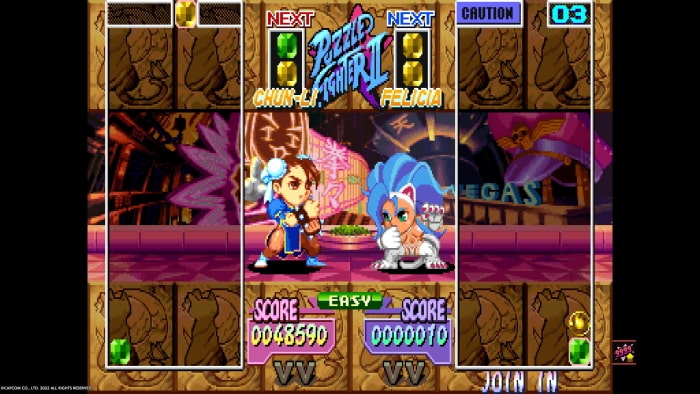 Capcom Arcade 2nd Stadium shouldn’t have much difficulty finding an audience. For folks like me who grew up in the arcades, there are plenty of nostalgic hits here that will motivate a purchase. Thankfully, gamers can purchase titles individually or as a full collection. It might be hard to justify buying the whole collection if you already own Capcom Fighting Collection. This was poor planning on Capcom’s part. Despite this, there is plenty of other content to enjoy here, including a variety of titles that can be played with a second player. I believe that this collection should have been released as more DLC for the Capcom Arcade Stadium. Still, I’m grateful to finally get a chance to play, and replay, these classic games. 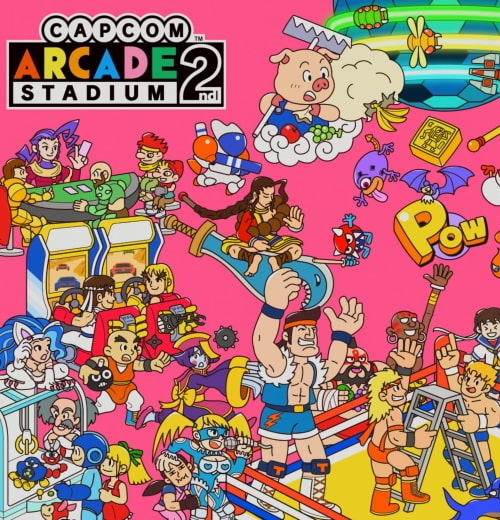