Most people know the Kingdom Rush franchise as a series of mobile tower defense games. They combine a cute, cartoony and humor-filled approach with addictive mechanics perfectly tuned to hand-helds. However, the games are also a blast to play on PC. Like its tower defense siblings, Legends of Kingdom Rush first appeared on mobile devices. The PC port launches on PC on July 14.

Unlike the mainline Kingdom Rush games, Legends is a turn-based RPG, with some roguelite elements folded in. Aesthetically, though, it looks and sounds like the other Kingdom Rush games. Characters have the same, goofy-looking designs and everything is colorful and appealing. There’s a lot of humor, sly pop culture references and downright silliness in the comics-style illustrated narrative. What’s missing is any kind of voice acting. The dialogue really cries out for being at least partially voiced. The musical score is bouncy and entertaining, but gets a little repetitive over time. The audio design for things like weapon and spells could use a lot more punch.

Also missing on the PC are any kind of graphics options, and there is no support for controllers. In other words, Legends of Kingdom Rush feels like the most basic port imaginable.

Mechanically, Legends of Kingdom Rush is both simple and challenging. There’s an overworld map. You pick a party of three heroes from your ever-expanding roster, picking up a fourth member along the way. The new hero then gets added to your choices for the next battle. 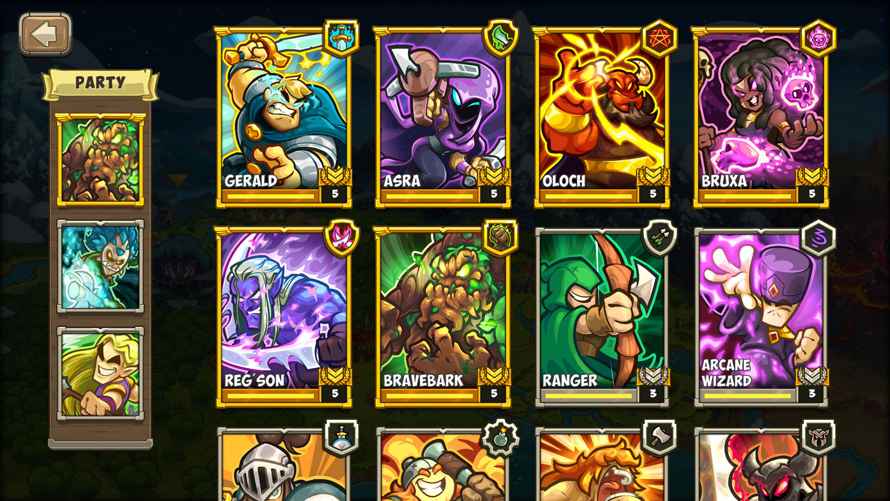 Crisscrossing the overworld map are winding paths. Along the way are icons for combat and merchants, plus a lot of question marks. These could indicate treasure, ambushes, or a number of other possibilities. Along the path are random events, like rainstorms. The party generally has a binary choice, like shelter or move on. What happens next is literally determined by a roll of the dice.

Over time, the player will build a roster of dozens of potential heroes, most of whom are standard fantasy types. At the end of each battle, players can apply healing or other consumables items to their party and level up their heroes. Legends’ depth comes from the dizzying number of potential party members, each with specific weapons and abilities. There’s a relatively wide range of enemy types and it’s a bit of a crap shoot whether your party is the optimal match-up. Still, the array of heroes is wide, deep and entertaining. You’ll definitely find yourself circling around a few favorites, because you can’t level all of them up.

Legends’ narrative is pretty bare-bones but it’s sufficient to move the game along. The Linirean Capital has been captured by the Dark Army, and you must defeat the forces of evil. Many of the heroes you meet along the way are dropped in directly from other Kingdom Rush games, complete with abilities from the tower defense series. There’s a nearly endless number of hero combinations, but the flow of combat and exploration feels very similar during each run. For people really into the Kingdom Rush universe, Legends fills in a lot of lore that maybe was absent in the tower defense titles. 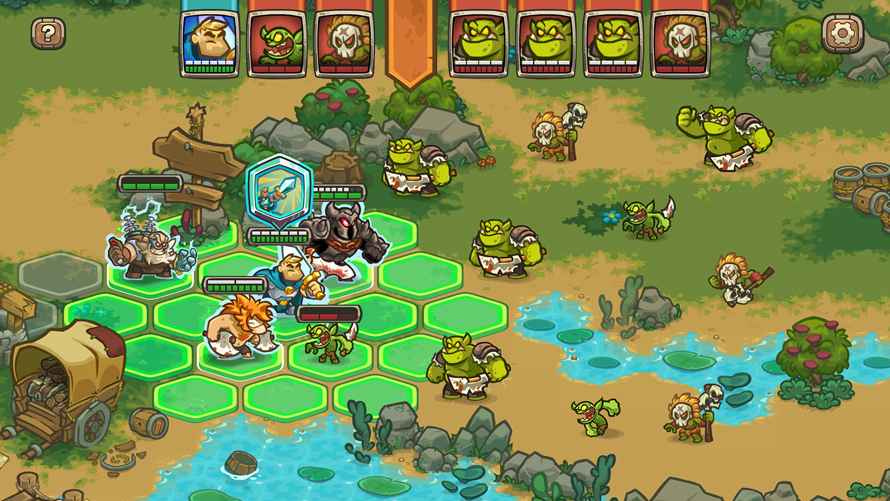 Legends of Kingdom Rush is a lot of fun, but its port to PC is a bit underwhelming. Lack of controller support for such a mechanically simple game is pretty lazy. There’s no new content, either, so players coming from the mobile version will have seen everything already. With such enjoyable gameplay and sense of style, Legends of Kingdom Rush deserves a more thorough makeover for PC and consoles, not just a basic port.