As a relatively new player to Monster Hunter, I’ll admit I began my ‘Rise‘ journey with trepidation in my heart. I have tried before to really sink my teeth into Monster Hunter. Inevitably, though, I always end up finding myself buried beneath a mound of text, tutorials, and complicated controls that leave me gasping for air. Sure, I’ve loved the idea of Capcom’s monster mashing adventure for over a decade. That gameplay loop fans would rave about sounded right up my alley. Granted, it was always a love and admiration spent from afar. Even after attempting to teach myself with ‘World’ – the game most fans would say is the series’ most welcoming to newcomers – something still didn’t click.

Naturally, I wasn’t going to bother with Rise. Why would this be any different? How could an offering on the Switch – a system that more often than not leaves much to be desired – be exactly what this franchise needed to dig its claws in me?

I don’t know. But, damnit, that’s exactly what Capcom has managed to pull off with Monster Hunter Rise.

This has never been a series known for its powerful storytelling. There are fun ideas throughout Monster Hunter’s history, undoubtedly. From my perspective, however, I’ve always felt as if one game would blend into the next, narrowly distinguishable only by its gameplay improvements. I won’t say Rise has a story that will knock your socks off, but it was able to hook me right from the jump. You’re an up-and-coming hunter that has been warned of an impending ‘Rampage.’ The original Rampage was an event 50 years in the past that saw an insurmountable swarm of monsters annihilate your village.

It’s the simplicity in the motivations set forth that drew me in immediately. Something terrible will happen if I don’t become the best monster killer this land has ever seen. And while I knew that this was at best going to be a small piece of the puzzle in getting me to sync up with the world of Monster Hunter, within the first ten minutes, I was at least more motivated than ever before to learn its nuances.

If you’re a beginner, Rise will certainly have those early moments where you’ll find yourself staring at a menu of 50 items with not a clue as to what should be done. That was me. However, the way I was taken by the hand and led methodically through Rise’s deep mechanics and intricacies was exactly the solution needed for my confusion. Rise presents its ocean of information in lake-sized bits, easily navigable instead of leaving the player overwhelmed and intimidated. Things like healing, crafting, trading, and combat will continue to develop as your character does, and every potential step of the way will be laid out in front of you like a cobblestone path. I haven’t yet made a decision that I’ve come to regret, simply because Capcom did a tremendous job in making sure any novice will understand the consequences of their actions. In 20 hours of gameplay, there have only been one or two times I’ve felt like I was thrown to the wolves, so to speak. I can’t stress enough how important this is to keep me invested.

The Hunt Is On

Eventually, I’d need to apply what I was learning to actually, you know, hunt some monsters. I confess – going into my first hunt; I wasn’t convinced that this would be my jam. Unlike iterations in the past, however, I’ve yet to experience that sense of discouragement that ultimately brought me to my knees. Rise has an excellent training arena in which you’re able to learn the ins and outs of all 14 weapons before you embark on your first quest. If you’re like me and new to this, it’s essential to spend a few hours here. It was utterly crucial for me to comprehend that whether I had a long sword, a great sword, a sword and shield, or hell, a sword that morphs into an ax, everything feels monumentally unique. And don’t fret if you’re not prone to the blade, as there are many other weapon types to satiate your play style. 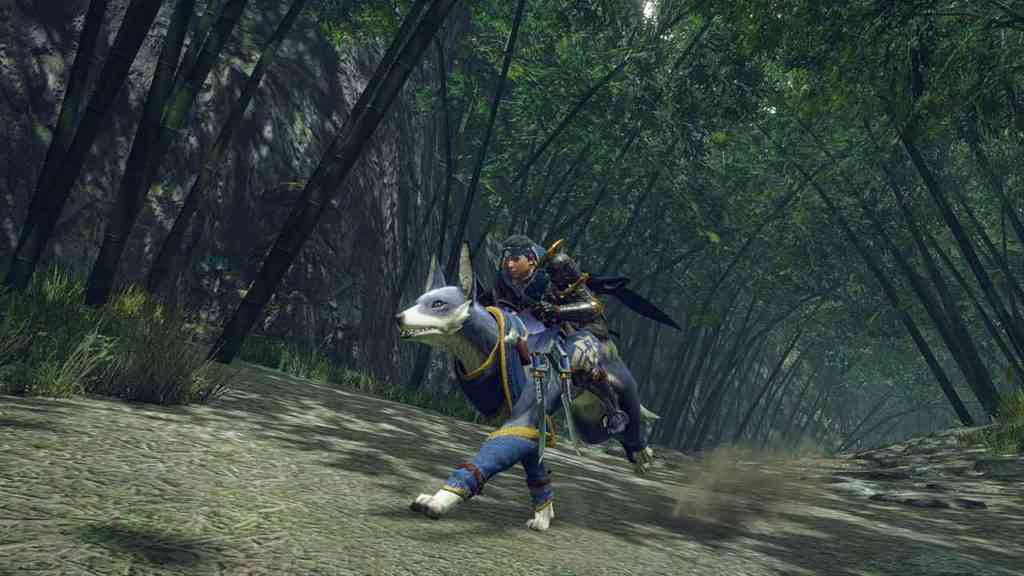 Regardless of what you choose, Rise wholeheartedly delivers in its main focus – the combat. I wish I had a facecam recording my reactions because I often took note of how long I had a stupid smile plastered across my face. The anticipation that builds while sitting in my tent, preparing a meal, and crafting pitfall traps and tranquilizer bombs is incredibly exciting. Setting off on my trusty Palamute, with an adorable Palico at my side, is wholeheartedly exhilarating. Riding up on my target and engaging in a battle that could end up as a quick slaying or a war of attrition is insanely fun. Finally, carving (or capturing) my objective to develop new weapons and gear for my companions and me is addicting beyond measure. Everything works flawlessly, and I’m concerned with how obsessed I’ve become with besting these beasts and bettering my abilities.

In addition to the rewarding combat, the musical score that accompanies your missions is breathtaking. Orchestral compositions will accentuate the severity of your situation, working to smoothly build an atmosphere when necessary. The deliberate transitions from an eery silence to a pounding orchestra flawlessly flow in such a way that you could close your eyes and still have a decent sense of your proximity to the target. Furthermore, if you’re someone that gravitates towards music with heavier lyrical content, there is a ton for you to discover as well.

When you’ve finally slain your opponent and have packed your item pouch tight, it’ll be time to return home – to Kamura Village. You should know that I’m somebody that adores when developers design areas strictly to provide you with a place to relax safely. So, maybe I’m biased. But Kamura Village ticks nearly every box that makes these hub areas great. There’s an abundance of space for you and your friends to sit, chat, eat, play games, and admire each other’s hard-earned loot. There are private quarters for the player, and transitioning between areas occurs almost instantaneously. Everything from the adorable Palicoes beating Mochi to hanging photos you’ve snapped during hunts is crafted with love and care. I would have liked to have seen a mini-map available while traversing this area, but that’s a small nitpick in a phenomenal package. 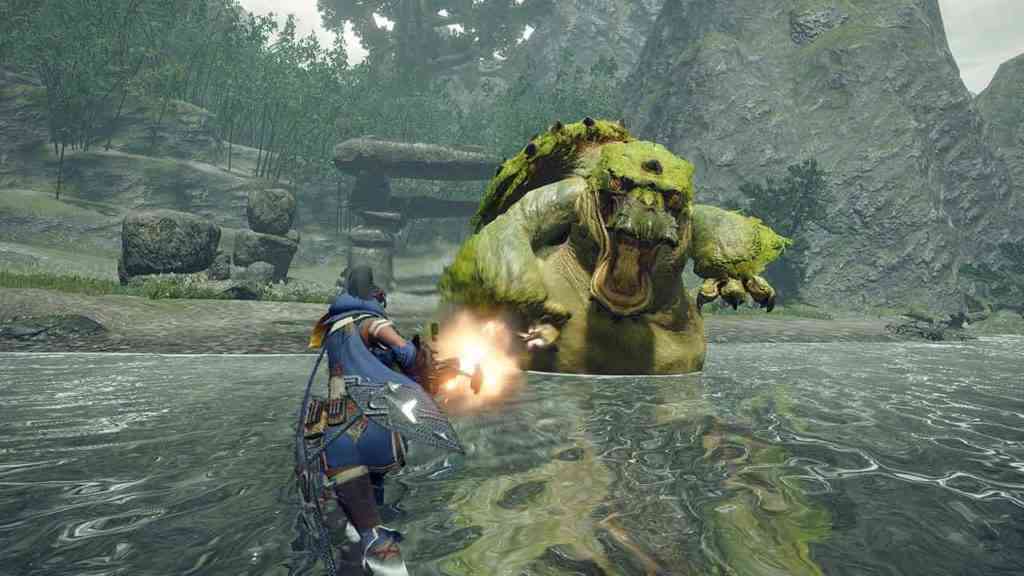 Of course, no game is perfect. Especially games that come to the Nintendo Switch. Monster Hunter Rise is no different, but it’s about as close to flawless as you’re going to get from a third-party title. Capcom has brought the RE engine into Rise, and the benefits are apparent from its opening moments. 30 FPS is easily maintained, with scarcely the rare instance of brief stutter occurring. And despite being in docked or handheld, this doesn’t change. Minor anti-aliasing issues pop up, and there are times enemy movement looks a little janky when watching from afar.

I only mention these things, though, because there isn’t much else I can complain about. If there were bigger issues in Rise, I wouldn’t even make a note of this stuff. Fans of Monster Hunter and the Nintendo Switch have made a claim to this now being the best game on the system. I’m not going to argue that.

When in Doubt, Take a Bite

Monster Hunter Rise is everything I had hoped it would be, and more. It’s welcoming to beginners while still retaining that deep core experience that longtime players know and love. It’s challenging, but never in ways that feel unfair or cruel. And the attention to the details that are meant to keep one smiling is something you don’t see too often. Every inch of Rise plays like it’s the culmination of the series’ best ideas. Subsequently, I’m enormously excited to continue my journey in discovering what else Capcom has crammed into the game. I’m 20 hours in, and I feel like I’ve barely scratched the surface. So, excuse me, my next hunt awaits. 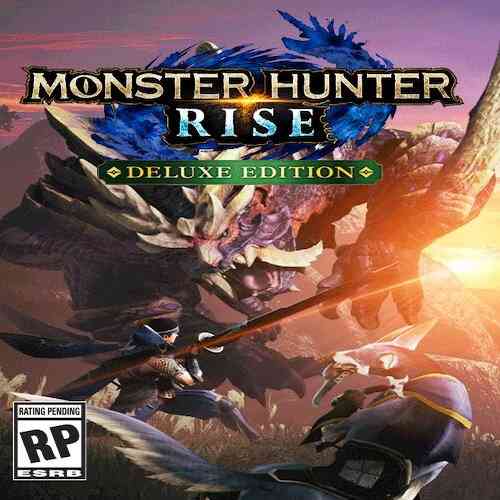