Alienation Review – How to Kill Alien Scum Like a Badass 101

In the last several decades, Aliens have been secretly invading Earth. During the invasion, local governments have done their best to keep it quiet – instead of working together – until it was too late. What remains of humanity has unified under the UNX in an attempt to combat the overwhelming global threat. On the surface, this is a cookie cutter sci-fi plot, but you would be making a huge mistake to overlook Alienation.

As the game begins, all you know is the world has been overrun by an invading force and the UNX has developed high power exo-suits to combat the alien threat. As missions progress, the story (and backstory) are revealed through transmissions from your superiors, giving you small teases about the bigger picture of global events. The story isn’t groundbreaking, but it’s the gameplay that really pulls you into this world. UNX has three classes to choose from: Bio-Specialist (Healer), Tank, and Saboteur (Assassin), each with well over a dozen preset color variations to choose from. What’s fantastic is that no matter what class you play as, you feel like a high powered badass. As literal hordes of enemies rush towards you, your weapons show the precise range of fire (Tank has the shortest range but highest DPS and Health), with bullets shredding through multiple enemies per shot. Melee attacks have 360 coverage around the player and are perfect for buying time while reloading as aliens and mutated humans scramble to claw your face off.

“The story isn’t groundbreaking, but it’s the gameplay that really pulls you into this world.”

With twin-stick controls and a nice angled top-down camera, Alienation offers huge real world locations to explore and hundreds of enemies per level. It also gives players up to ten campaign save files, letting you try different combinations of classes/skills/difficulty levels without worrying about losing your best file. All missions are replayable with three difficulties: Rookie, Professional, and Veteran. Each of these will be scaled to your characters level, with the higher difficulties scaled to higher levels, but with a greater drop rate of high power weapons.

Each class has a unique Primary weapon but the same types of Secondary, Heavy, and Equipment weapons are available to all. Unneeded weapons are not sold (there is no currency or shop), but scrapped for materials used to reroll one of four stats for your weapons. This makes your weapon strength more of a stats gamble than an upgrade, however some weapons will allow you to attach power cores for a minor stat boost. This feels like a place where visual customization could have played a significant part in helping characters be unique. All weapons of the same type look exactly the same; even the three classes can only be visually defined by the preset color schemes. I’m not saying we need a thousand options, but it would have really made this game pop if armor could be tweaked in some way – especially considering this game has a heavier focus on online multiplayer where you would want to stand out in a crowd. 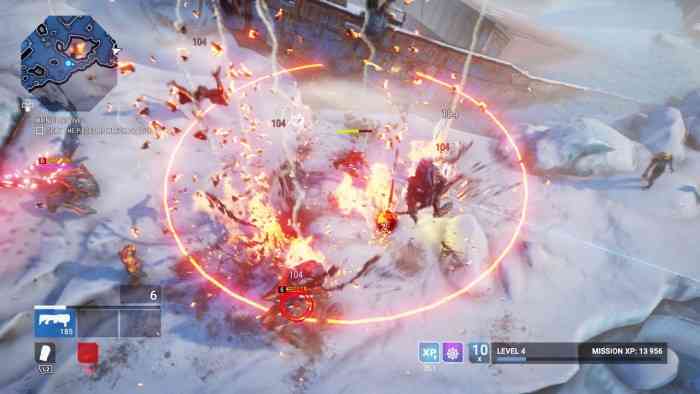 Alienation has some serious replayability in single player campaign, but multiplayer is where this game shines. Players are able to select a mission and either start a new one, or see who else is playing and jump into the bullet-spewing madness in progress. It’s worth noting, however, that multiplayer will require a PS+ account.

As characters level up there are six core abilities to enhance: three passive and three active, with all six upgradeable multiple times. All three classes feature the same passive skills, leaving the active skills to help define each characters unique play-style. Luckily, they instill a strong feel for each member of the team, and why they are important as a unit. The Bio-Specialist can heal the entire team at once, the Tank can set up shields and shockwave attacks and – my personal favorite – the Saboteur can call for a ballistic air strike, causing missiles to rain from the sky on enemies that surround each team member.

“With beautiful graphics, simple and concise controls, and a decent array of weapons to choose from, Alienation only really falters from a tired plot and lack of character customization.”

Special attacks are unleashed with the press of a single button; however they require collected orbs to power up as opposed to running on a cool down like grenades and other equipment. This can get a bit frustrating, and I would have much preferred a longer cool down than have to go exploring for X amount of orbs to use an attack again that could have gone off by simply slipping and hitting the wrong button (which happened to me more than a few times).

Visually this game is stellar. Finnish developer Housemarque has gone all out. The blood stains on the ground from mowing down alien hordes made me stop and realize just how overwhelmingly brutal that encounter really was. The way the snow falls in Alaska or the water flows in Brazil is stunning. Each enemy you encounter is entered into a Bestiary and can be viewed with a detailed description from the main menu and is absolutely worth a look to appreciate the detail they put into this game. 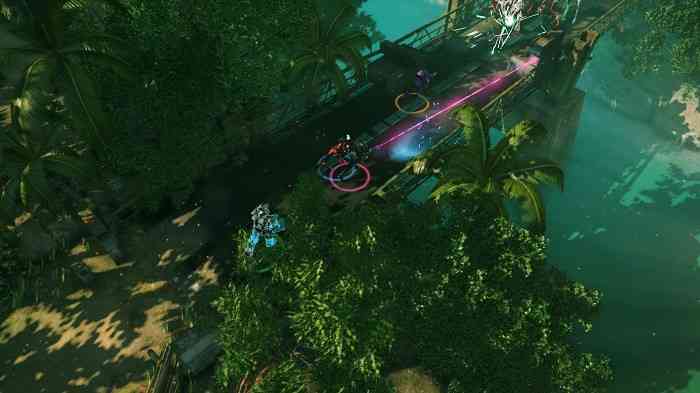 With beautiful graphics, simple and concise controls, and a decent array of weapons to choose from, Alienation only really falters from a tired plot and lack of character customization. Even when the screen flashes to warn me of an incoming horde, I never felt less than badass when playing this game and I easily found myself carried away into the next mission, compelled to learn more about what the world governments have hidden from me.