AI: The Somnium Files Review – A Compelling Plot But Not Much Else

You can tell a game’s story is going to be intriguing when the publisher asks that you don’t reveal any details after chapter 2. Conceptually what we’ve got is an anime version of The Cell. A woman has been found stabbed to death with an ice pick, and is missing her left eye. Our Protagonist, detective Date, is also missing a left eye, which has been replaced by Aiba, an AI eyeball (pun very intended). The only witness to the crime is the detective’s roommate, a young girl who was holding the murder weapon, and is now mute. The only way the police can communicate with this young girl is to dive into her mind using “psync” technology, and learn what they can from her subconscious. The plot is excellent, and clearly the driving force of the game.

Sadly I can’t say the same for the script, which is constantly cringe-worthy and just plain stupid. For example, detective Date doesn’t have a cellphone, in a world where everyone does. He also doesn’t know his boss of 6 years’ first name; he just calls her “Boss.” Yet he knows everything there is to know about trivial things like lilies and the Illuminati. His boss won’t give him information about a past crime that the current killer might be a copycat of. The list of idiotic inconsistencies goes on and on. A lot of these are tropes of Japanese writing, but this script gets a failing grade for its ability to work in the Western world. I don’t think this is the fault of the translation, and it’s definitely not the fault of the excellent voice-acting. 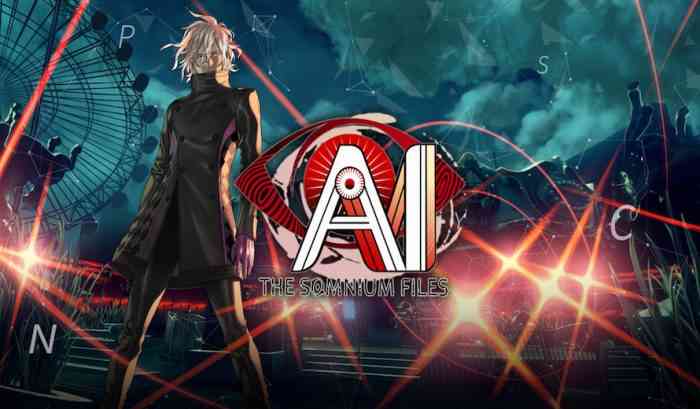 The game plays in two different modes, which are actually quite similar. In the real world, in Date’s day to day, the game plays out like a Phoenix Wright game. The player is in a fixed position and is moving the cursor over people and objects that can be further investigated. In the dream world characters control Aiba (now looking like an anime alien girl as opposed to an eyeball), and although she can be moved around in a third person perspective, the player is basically still just clicking on objects. There is a timer in the dream world sequences, and the difficulty in the gameplay comes from unlocking the subject’s memories, within the time limit.

The music and tone of the game are spot-on when it’s being serious. As a murder mystery, AI: The Somnium Files is fantastic. As a comedy, which it frequently tries to be dialogue-wise, it falls flat on its face. For example, there’s a strange amount of dialogue about Date wanting to increase the breast size of Aiba when it’s in the Somnium realm. AI: The Somnium File’s graphics have an anime style that looks good when the game’s not in motion, but they animate very stiffly. They serve the style of the game well, but make AI: The Somnium Files look more like a PS3 game than a PS4 one.

If you’re looking for a visual novel with a compelling plot, and are able to ignore lots of terrible dialogue, then AI: The Somnium Files is a no-brainer recommendation. But for anyone else, this is a tough recommendation because it almost feels like the game is doing everything it can to stall the player from experiencing said compelling plot. The gameplay is solid, but be prepared to play something more like a visual novel than an “adventure game”, which is how AI: The Somnium Files is being advertised. 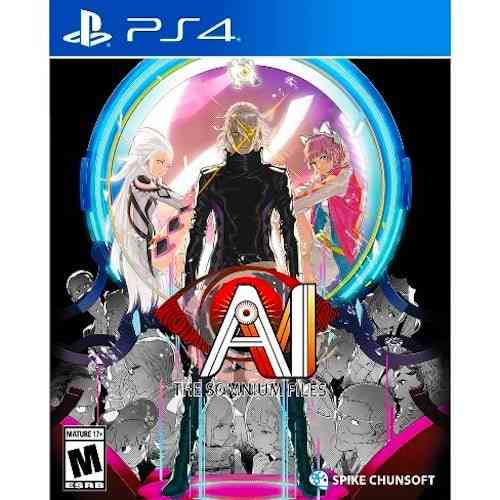