Rhythm and narrative games usually steer clear of one another. While one relies on reaction-based gameplay, the other can be absent of traditional mechanics to focus solely on the plot. Looking to merge genres is A Musical Story, but can this psychedelic tour produce a soundtrack and tale that truly captures the essence of the 70s?

With music at the forefront of the gameplay and narrative, you will strum through the years of an adolescent who puts everything on the line for his love of music. As you play through a series of flashbacks, you learn about the life and times of the talented virtuoso, Gabriel, who lays motionless in hospital. The snippet structure of the narrative is masterfully implemented and will resonate with many. Due to the relatable scenarios, you will instantly forge connections with the protagonist and invest in the story.

Simple and intuitive, A Musical Story is easy to pick up and play. Designed to replicate that of vinyl, the visuals are in the center while the rhythm segments circle around. As notes appear, you must either tap the left, right or both shoulder buttons in time with the notes. Some will include a bit of vibrato and you merely hold the button to get that far-out sound. After nailing the section, you will encounter another riff or instrument that builds on the previous one. This really emphasizes the complexity and layers within the music.

A Musical Story is all about rhythm. Stepping away from the traditional approach to the genre, you will listen to the melody once before replicating it. With no obvious hitbox, you will need to follow the tempo of the track to be successful. Due to the unconventional approach in design, even fans of the genre may take a while to get used to the systems in place. To support this, Glee-Cheese Studio has added a dynamic assist. Fail too often and a white marker will appear and periodically increase its presence. This is an excellent, non-intrusive way to help players who may struggle with the more complex rhythms that occur in the final third. However, as there is no fail state, you can relax, get into the groove and really appreciate the incredible tunes. 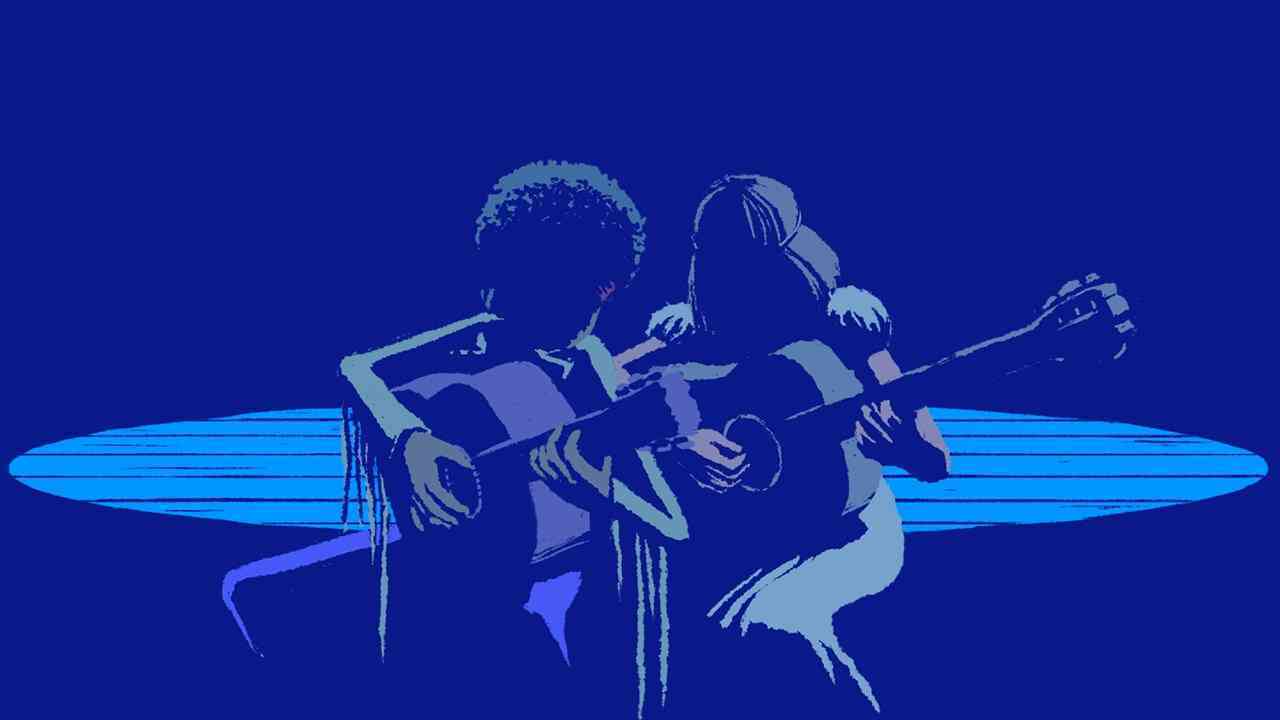 Colorful and captivating, the visuals perfectly embody 1970s psychedelia. The use of distinct, contrasting colors gives the game personality. At glance, you may think the pixel art style could be quite restrictive, but the detail and character that are achieved through the aesthetics are remarkable. Stark shadows juxtapose the vibrant color palette helping to set the mood and atmosphere for each segment. With the absence of dialogue, A Musical Story relies solely on non-verbal communication to relay the narrative. Amplified through its stunning cinematography, every animation is highlighted to expand the plot. Contrasting the pixel art are 1930s-style drawings that occur when the protagonist is tripping. While this makes narrative sense, it does clash visually.

In a game centered around music, the score is vital. Composed by Charles Bardin and Valentin Ducloux, each song not only captures the mood of Gabriel but also grasps the spirit of late 60s, early 70s rock. Inspired by greats such as Jimi Hendrix, Led Zepplin and Joni Mitchell, tracks are diverse and full of beautiful interweaving melodies. While its influences are clear, songs are not simply a cheap imitation but rather a heartfelt homage to a beloved era.

Although the game is quite short with its conclusion occurring within a couple of hours, there is reason to revisit the game. As you travel across the country, your route is mapped and other paths are revealed. In order to branch out and uncover hidden story beats, you will need to complete chapters without failing one note. This adds difficulty and replayability to the game and due to its evocative soundtrack, dipping back in is a joy. 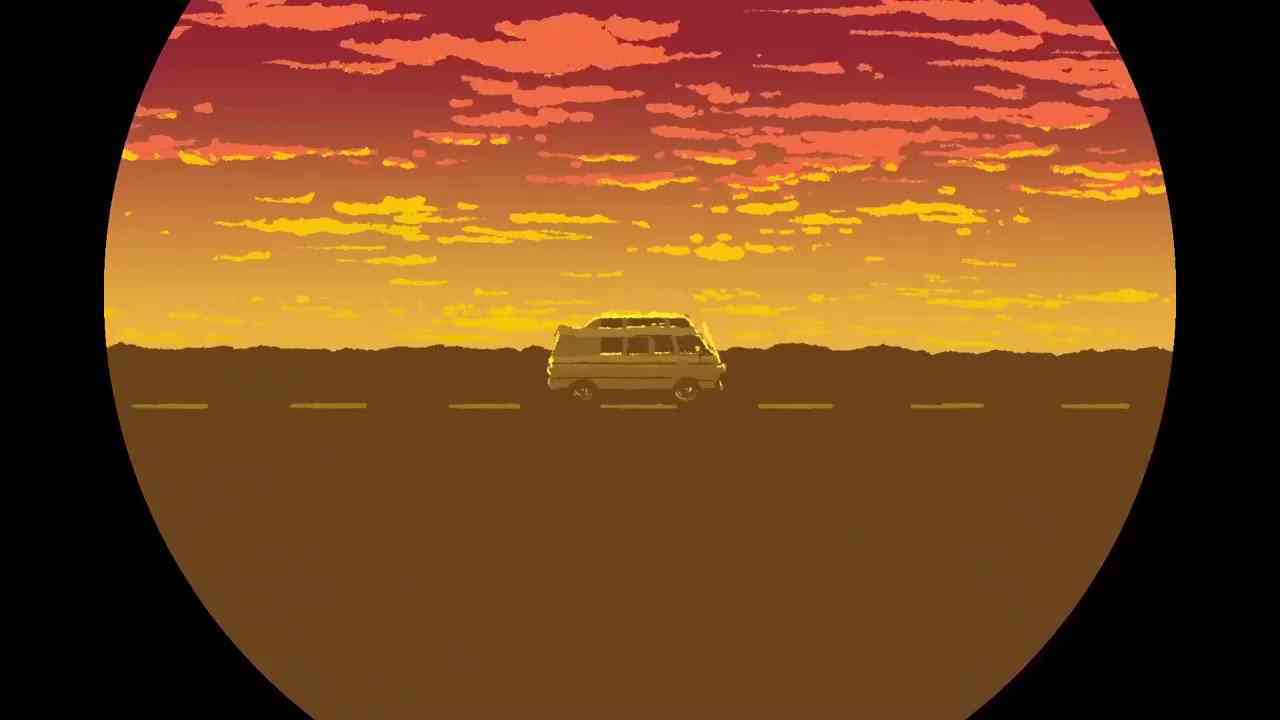 A Musical Story seamlessly combines genres to create an unforgettable experience. Its rhythm segments are a refreshing take on conventions, helping it gain its own identity. In addition, the narrative is expertly delivered and takes advantage of its unique art style. Highlighted through its powerful imagery and stellar soundtrack, this sensitive coming of age story is a sumptuous and sentimental observation of a bygone era. 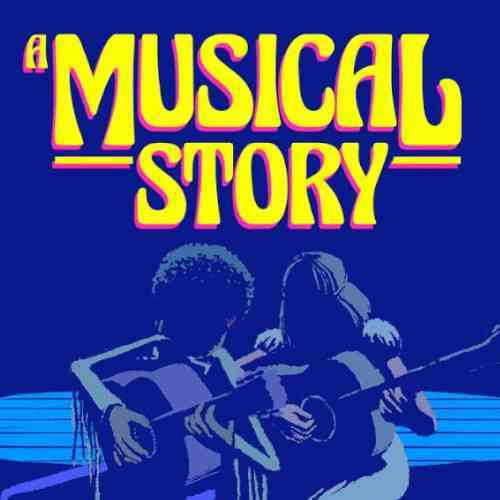 Blue Wednesday Bringing a Musical Story to Steam this Spring