Birthed nearly a century ago, Conan the Barbarian remains an enduring figure in popular culture. It’s been forty years since Conan made the leap to the silver screen, but thanks to publisher Funcom, the muscle-bound barbarian remains alive in videogame form. The Conan-based MMORPG is still going strong. Now, developer Mighty Kingdom is giving us Conan Chop Chop. It replaces Conan’s scowl with a family-friendly face.

Conan Chop Chop is a cartoony, cute and challenging roguelike for up to four players. The cooperative element is important. While the game is playable solo, it can be frustratingly tough and has some limitations. We’ll get to that.

Conan Minus the Bloodshed

The most immediately appealing aspect of Conan Chop Chop is its art style. The characters are funny and cute, not exactly stick figures but close to it. You can play as one of four iconic Conan characters: Conan himself, Belit, Valeria or Pallentides. Each has a strength, weapon set and moves they bring to battle. Belit is a ranged and spear weapon specialist. Pallentides is a tank, and Valeria is an assassin/rogue. While battles are fast and chaotic, it’s pretty easy to keep track of who and where everyone is. This is a game that really nudges the players into verbal communication. In a group situation, you have a choice of characters. When playing solo, you can switch characters between runs, but XP is persistent. This is great for learning the characters or just finding one that suits your playstyle. I really like Pallentides to play solo. 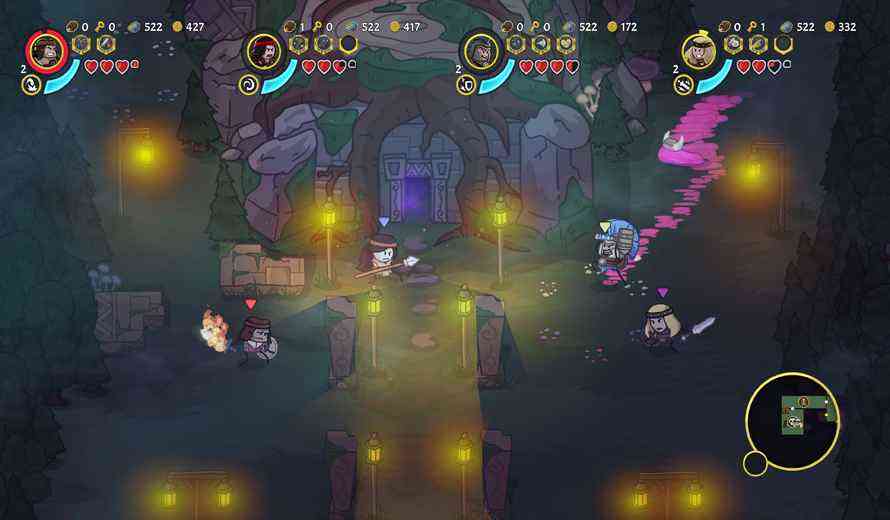 Conan Chop Chop is a rogue-lite so that you earn XP and upgrade materials for every run, even if you die. Although you lose whatever weapons you had on the run, you can permanently unlock better ones for later attempts. Each character has a pretty extensive skill tree and a wide range of special abilities to unlock between runs. Add to this depth the dozens of weapons and consumables, and you have a ton of options for success. Because the levels are procedurally generated, each run feels very different and unpredictable.

After every few levels, the characters have a chance to stock up and heal. There are lots of healing items as drops, too. While the end goal is defeating four bosses and an ultimate foe, most of the stages are pretty bite-size. Unsurprisingly, they grow denser and more challenging through the run. It takes a pretty strong and coordinated team to survive.

If Dark Souls and Hades had a Baby

For a game that looks simple and accessible — and it is — Conan Chop Chop has a lot of depth. At any given moment, each character has a lot of options and really needs to read the battlefield. Luckily, enemies do a great job of telescoping moves. Getting a parry, even from an amorphous blob, is a skill that can be learned. While after a few dozen runs you’ll have probably seen most of the enemies, each attempt will toss the salad a little differently. The bosses are genuinely tough but fair. If and when you get to them.

Characters are animated very well and control even better, so there’s rarely frustration in combat when it comes to moving the party around. Likewise, the UI and control schemes are clean and intuitive and simple enough for kids to understand. Conan Chop Chop looks like it could be a mobile game, but I think it would be a nightmare to control on a tablet. The levels are compact enough and the carry-over rewards are generous enough that dying doesn’t sting too badly.

Playing solo, though, all those enemies that were manageable by a party can get overwhelming. Sure, it’s possible to be victorious by yourself, but getting there takes a lot of persistence.

Conan is known for violence and misogyny, but you’d never know it from Conan Chop Chop, which is full of little nods to Conan and Hyborian lore but never really explicitly gory. Most of the enemies are fantasy creatures or variations on monster types. The levels are colorful and easy to navigate. When in a dungeon, the view moves from a 2D isometric camera view to a more overhead point of view, so it’s easier to see traps and the general layout of the room. Visually and in terms of content, Conan Chop Chop is fun for all ages, though it’s probably too challenging for younger kids. 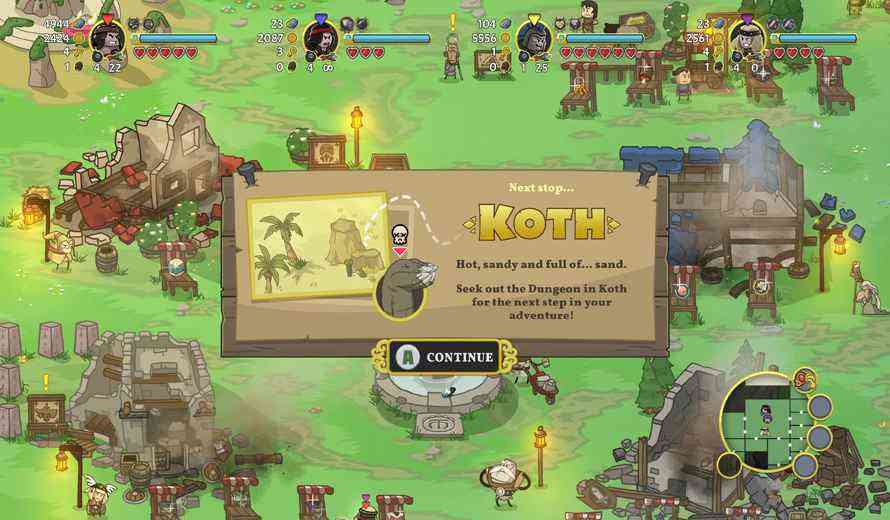 Conan Chop Chop is a combination of challenging combat and rogue-lite mechanics that reward repeated runs and never leave you feeling defeated, even when you die. This is a game with much more depth than its colorful and cartoony style suggests. It’s also much more fun with others. Played solo or with a group, though, Conan Chop Chop’s gameplay loop and enjoyable combat are addictive and compel you to try just one run, over and over again. 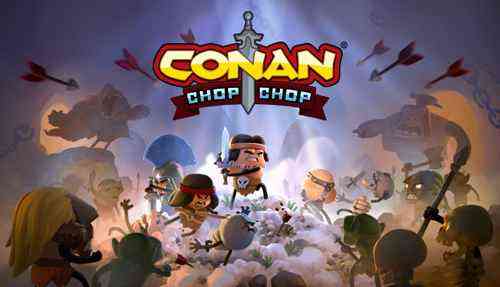