Timing is everything when it comes to video game releases. Drop an otherwise so-so game during a dry spell, and maybe it’ll get some buzz. Sometimes, stellar games get overshadowed when the calendar gets crowded. Then there’s the unfortunate case of Elex 2. It’s an action-RPG, open-world game. It also happens to release within a week of two of the year’s biggest games in the same genre. Sometimes life just isn’t fair.

Elex 2 actually takes place not too long after the first game. The main character, Jax, has left his wife and young son after sort-of saving the world. An alien race is threatening Magalan — the game’s stand-in for Earth — and Jax must both reconcile with his family and try to unite the planet’s warring factions. As in the first game, the various factions are in conflict over the planet’s most valuable resource, Elex. One of the factions, the Albs, consumes it for its logic-enhancing power. The downside is that the Elex also dulls the emotions and turns the Albs into unfeeling automatons. Other factions use Elex for magic, and some, like the Clerics, are entirely against the use of Elex altogether. Both Elex and Elex 2 have layered and interesting premises. The world and politics of Magalan make sense and the relationships of the factions generates the story and quests. 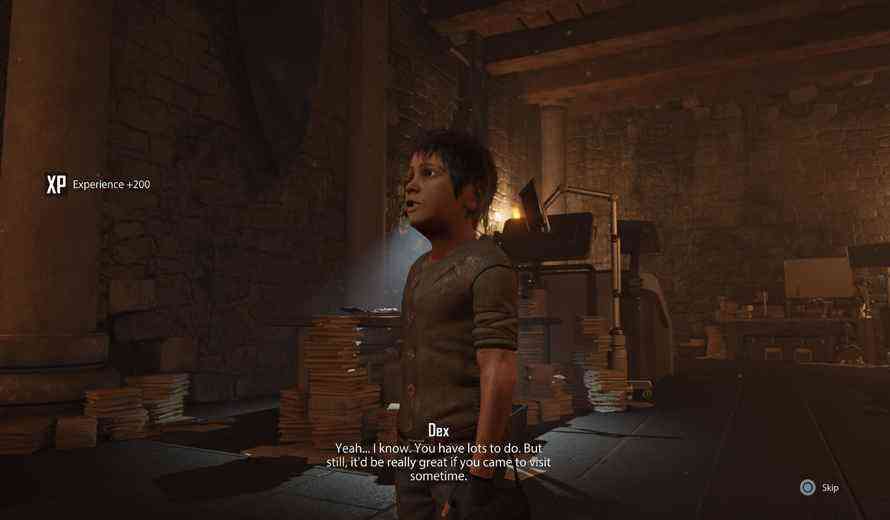 The game begins with Jax becoming infected with an alien disease. He goes on a quest to find a cure, and likewise to find his son, Dex. His wife has entrusted young Dex with some freedom fighters, so Dax tracks the boy down and tries to make amends. After reuniting with Dex, Jax and his son travel to a sanctuary that serves as a hub area. From there, Jax sets off on a very large number of quests and side quests to convince the factions that the alien threat is real, often with Dex in tow. This leads to some unintentionally hilarious dialogue that seems to ignore whatever situation father and son are in.

Elex 2 takes place on an expansive open-world map with many biomes. There are no loading screens, making exploration a seamless and immersive experience. In terms of graphics and art design, the world is really where Elex 2 shines. There is a great diversity of flora and fauna, ruins, settlements, and camps to discover and lots of crafting materials to collect. Active quests are marked on the map, and getting lost isn’t often a problem. Jax can fast travel using teleporters and he has a jet pack. Verticality is part of Elex 2’s open world and the jetpack is the key to exploring it. That said, it takes a pretty long time for Jax to upgrade the jetpack to real usefulness. 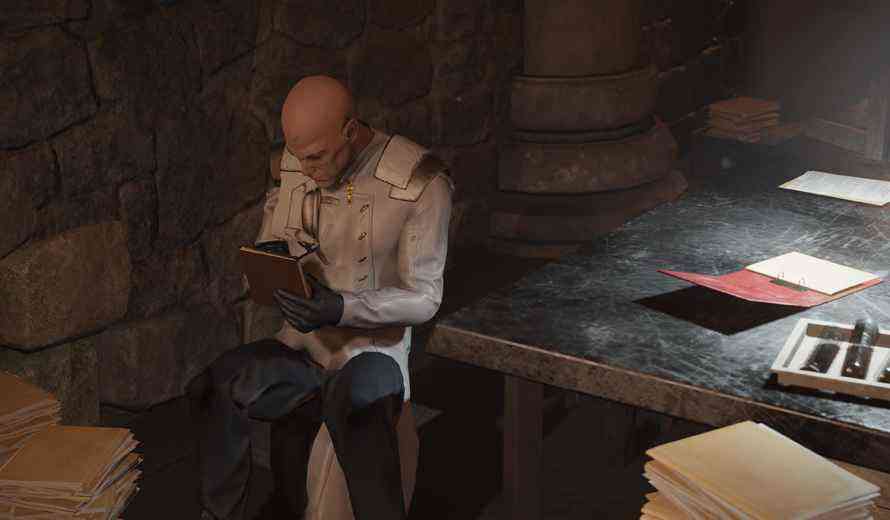 When it comes to most RPG conventions — leveling, crafting, etc — Elex 2 leans pretty hard into tradition. It’s also where some frustration sets in and some strange design rears its head. Let’s start with gathering crafting materials or looting fallen enemies in the field. You can’t do it holding a weapon. So, you have to stop and sheath your weapon every time you pick up anything. It’s cumbersome. When it comes to crafting, you need to learn the skills from trainers, which are spread out through the world. And when you return to the hub town, you need to use a separate crafting table for every type of item. You can’t make ammo at the same table you upgrade weapons, for example. The tables aren’t even in the same location. These small annoyances quickly add up.

Jax progresses very slowly in Elex 2. It takes a long time to have enough skill points to wield an actual weapon. Most RPGs have figured out that it’s more fun for the player to make significant, tangible progress early on, but Elex 2 seems to favor the more punishing, “hardcore” approach.

Combat to Die For…or Because Of

When it comes to movement and combat, Elex 2 really suffers in comparison to other big-name RPGs. Animations for moving around the world and swinging a weapon are stiff and janky. There’s almost never a feeling of weight, precision, or contact. Whether facing a boss or a creature in the field, melee combat just feels off. Eventually, Jax can begin to use ranged weapons and guns, but that is hours into the game. 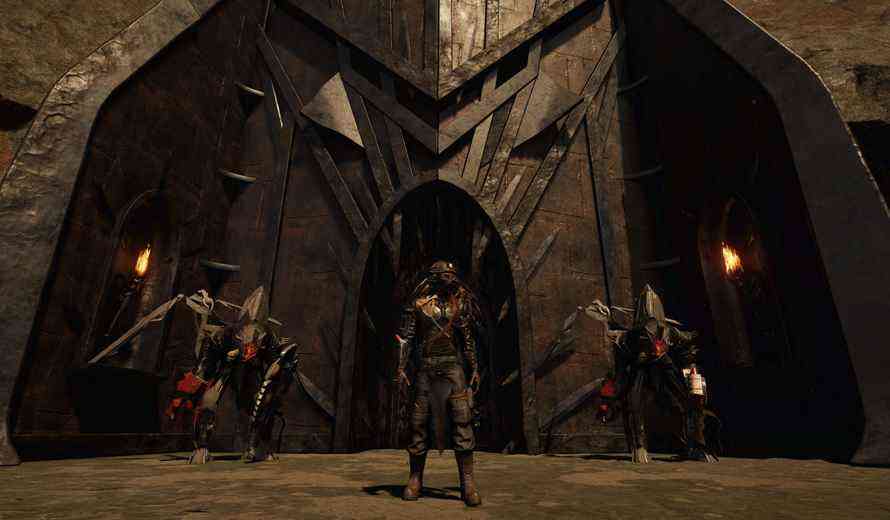 Honestly, most of the problems with Elex 2 come right from Elex’s playbook. While the world has gotten bigger and prettier, the characters, by and large, look pretty awful, and poor little Dex is nightmare fuel. Elex 2 has a decent story but moment-to-moment the dialogue is uniformly bland and expository. Although Elex 2 advertises that choices in dialogue matter, in most cases you need to listen to all dialogue options before the game recognizes that you can move on. 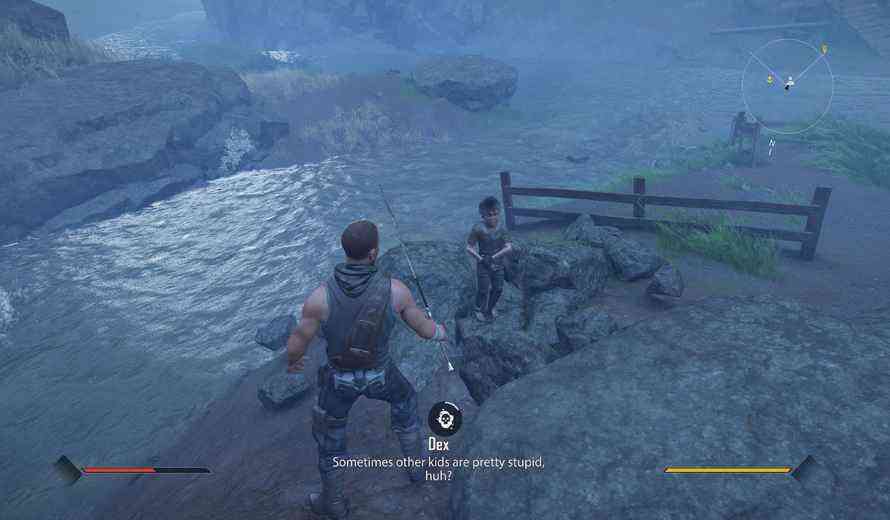 Elex 2 is big and weird enough that some people will overlook its jank, mechanical annoyances, and lack of polish, diving deeply into the world and story. For me, there are just too many more coherent and rewarding games in the same space vying for my attention and time.

When Elex came out in 2017, it filled a niche despite its many issues. Elex 2 is bigger and its world is denser, but Piranha Bytes hasn’t really fixed much of what was wrong about the first game. Janky movement and weak combat top the list. Annoying mechanics and glacial progression are right up there, too. Elex 2 has ambition, I’ll give it that. If it pared that ambition with polish, a more coherent narrative, and better pacing, Elex 2 might be a more viable alternative to those other RPGs that are getting so much deserved attention.