THQ Nordic celebrates its tenth anniversary with a video game showcase that was livestreamed on various platforms and hosted by Geoff Keighley. The company gave away some games and most importantly, made major video game announcements. Fans were anticipating more information on Elex II and THQ Nordic delivered as the company released Elex II’s story trailer.

The trailer commences with an ominous tone and soundtrack as Jax, the game’s protagonist, realizes that his efforts in the game’s predecessors were for naught. Monsters then exit from a portal as Jax prepares for battle. The game then switches to different scenes where Jax’s cry for help and warnings are ignored as he believes the Aware are coming to destroy humanity. The trailer closes with an unconscious Jax being approached by a hooded figure. 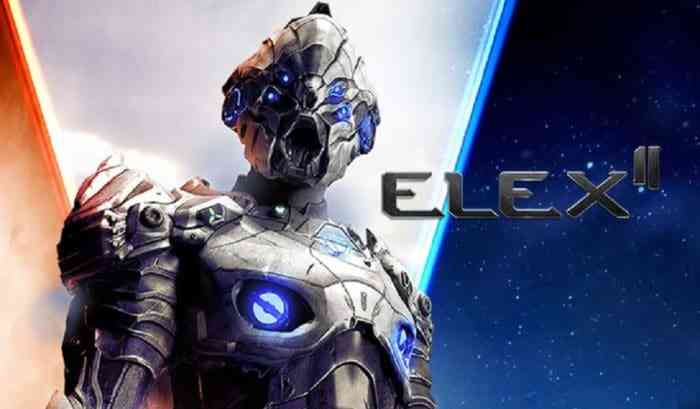 Elex II, an open world RPG, gives players the opportunity to explore a unique world with multiple factions, diverse environments and much more. Players can use their jetpack to play through the story as they want.

The game’s NPCs will impact the game’s story in the long run as NPCs can be killed, will leave or join your group based on your decisions and will remember your actions. These social mechanics introduced into open world RPGs are always cool and I’m hoping that Elex II delivers. Will you make the moral decision?

The combat will be both ranged and melee with an improved control system.

Elex II does not have a confirmed release date but will launch on PC, Xbox One, Xbox Series X/S, PlayStation 4 and PlayStation 5.

What are your thoughts on Elex II’s story trailer? Did you enjoy Elex? Are you excited for Elex II? Let us know in the comments below or on Twitter and Facebook.

Return to Monkey Island Creator ‘Won’t Be Posting’ About Game Anymore
Next
THQ Nordic Officially Announces Its Remake Of Destroy All Humans! 2
Previous
Nintendo Switch OLED Is on Public Display for the First Time