Elex Review – A Massive Action RPG With Something Missing

Elex is kind of an odd duck. An ambitious open-world experience that hopes to marry each of the dominant game settings into a single world, Elex asks what happens when fantasy and sci-fi duke it out for ultimate supremacy. While the premise is presented in a surprisingly digestible format, there are some notable flaws in the execution that prevent this title from reaching the heights at which it aims.

You play an Alb named Jax whose sudden separation from his people leaves him free to shop around for another faction to join. You’ve got the Berserkers, who constitute the magic and fantasy portion of the game. Then there’s the Clerics, who use all of the sweet sci-fi tech. Finally, there’s the Outlaws, who have more of a Fallout vibe than the other two factions. The villains, the Alb, are threatening the rest of the factions with annihilation. Your ultimate goal ends up pitting you against your former comrades in order to stop them from wiping out everyone else. This narrative conceit conveniently marks you as an outsider to everyone in the game, leaving plenty of chances for exposition and explanation to slip in undetected. This also leaves you free to choose whichever faction you find most appealing, at least in theory. In reality, you’re only able to travel as far and wide as your strength will allow. Assuming you can rally together the strength to cross the savage wilds, every faction is indeed open to your inquiries.

One of the tools you start out with is a jetpack. It doesn’t run for too long, but it’s enough to let you go almost anywhere. Need to climb a sheer cliffside? Jetpack! Need to jump down that same cliffside because you’re too lazy to walk? Jetpack! Need to get shot in the face by an Outlaw, but you’re worried you’ll be able to dodge? Jetpack! Okay, so it’s not all good. You can’t beat the convenience of jetpack-based exploration, but you want to avoid using it in battle. Actually, for the first couple hours of the game, you just want to avoid combat altogether. Since you’ll likely be using the Berserker weapons and armor (at least, the ones they’re allowed to sell you), most enemy encounters will end up being fatal. If you can get in good with the Berserker faction, this grants you access to both better gear and more advanced skills. This is going to take a lot of time and energy, however. In a cruel twist of fate, finishing some of the Berserker quests requires you to explore the wilds, some of which you can’t exactly survive without the skills you’re working towards. 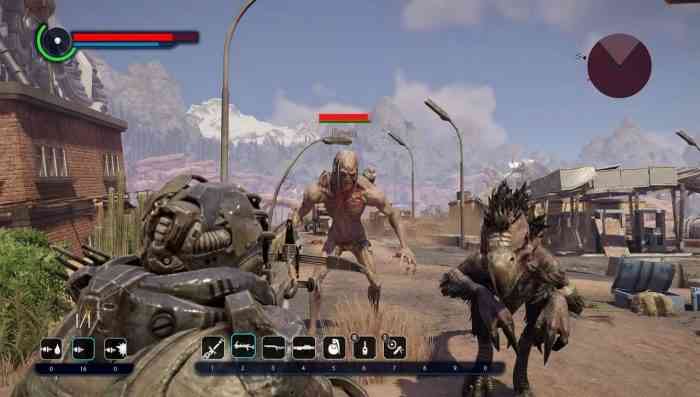 When you’ve got a whole world of quests laid out in front of you, navigating them needs to be easy. Elex doesn’t exactly achieve this. Once you complete a portion of a quest line, you need to go in and manually activate the marker for the next one. A small annoyance, but nothing too serious. You also can’t use your menu in the starting zone without some judgmental citizen lecturing you on the evils of technology. Again, not terrible, just annoying. I had a difficult time making progress in any of the zones due to the requirements for success being somewhat opaque. Like, I get that I need to earn pledges from the citizens, but which ones? You’re never notified when you succeed, either. You just have to slog back to the faction leader and check your progress until he deems you worthy. The worst part is until you get into a faction, you’re pretty useless in combat. This means that any missions involving fighting are just awful to get through. One mission required me to go find an Outlaw and kill him. They even set it up so it was supposed to be pretty simple. His back is turned, his hearing is terrible and there’s a propane tank beside him you can detonate with a bow and arrow. It took me something like 15 tries to put that bastard down. I bought all the armor I could afford. I picked skill upgrades tailored to melee combat. I loaded up on items. 15 tries. My recommendation is to turn the difficulty settings down until you’re properly loaded up with armor and skills.

While we’re speaking of combat, let’s take a moment to highlight how clumsy it can be. Specifically, the prompts that pop up and encourage certain actions are not your ally. Every time the action slows down and I get told to press ‘RB’ or ‘RT’ to get a combo going, I end up missing the first two or three times. Then by the time my swings are connecting, I’m almost out of stamina. This leaves me standing there like a goon while the enemy lays into me with reckless abandon. Of course, their attacks have much better range, meaning that I still get struck even if I try and dodge. Only if I leap back before the attack even begins do I avoid taking damage. Keep in mind that the majority of my grievances have been tied to the Berserker quest line. If all this swords and gardening nonsense wears you down you can technically just wander off to a different faction’s capital, to become someone cooler. The downside is that you have to survive the journey there.

“Elex demands a certain species of patience, a particular brand of mental acuity.”

I gaze upon the vast tangle of interconnected systems bristling inside this game and I recognize that I am not the target audience. In spite of my boundless patience and unusual fascination with pointless minutiae, the measured pace of this game failed to grip me. I know that others will take great pleasure in the hours-long journey required to master this world and each of its factions. Certain kinds of players take immeasurable joy in solving a nested series of hidden puzzles before each and every step of real progress forward. The subtle branching and division in the conversation trees will tickle the fancies of many gamers. I can’t muster the same enthusiasm, however. I’ve been spoiled and fattened off the streamlined systems of western RPGs. I prefer clearly-laid paths or total freedom, with little love for what lies between the two. Elex demands a certain species of patience, a particular brand of mental acuity. I realized what sort of work was required to attain power and success within the confines of this game and I recoiled in horror. There was never any confusion as to what would allow me to succeed. It was always plain as day what I was doing wrong, and equally obvious what I had to do right. Yet I found no joy in the undertaking. Others may yet crack Elex open to feast on the succulent rewards inside. I will not be among them. If you’re looking for a sizable action RPG with a host of systems to master, Elex may be exactly what you need. Be warned, though: I went in with similar hopes and was left somehow wanting. 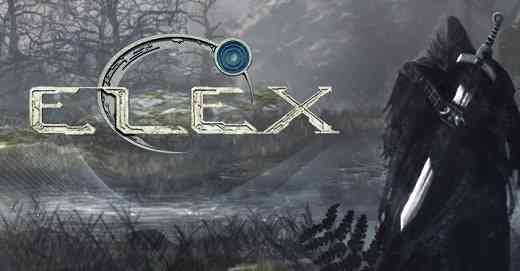