The Evil Within 2 Review

**Hey, this is a review of The Evil Within 2. Because of that, there are some mild spoilers. If you don’t want to be spoiled on anything, you’d best not read this.**

The hour is late. Alone in the dark, your palms are sweaty and you squirm uncomfortably in your seat. Your pulse thunders through that vein in the side of your head, and you’re pretty sure some abomination is waiting in the shadows. Maybe it was that questionable ground beef you put on your nachos earlier, but odds are you’re really just scared.

Being scared is fun. Fear of the unknown gets you amped up, and talented creative people can use that knowledge to turn your fear into entertainment.

Being that it’s Halloween month, there’s really no better time to drop a monster of the horror genre upon the gaming community. This year, that monster is The Evil Within 2: the latest from horror visionary Shinji Mikami (of Resident Evil fame). 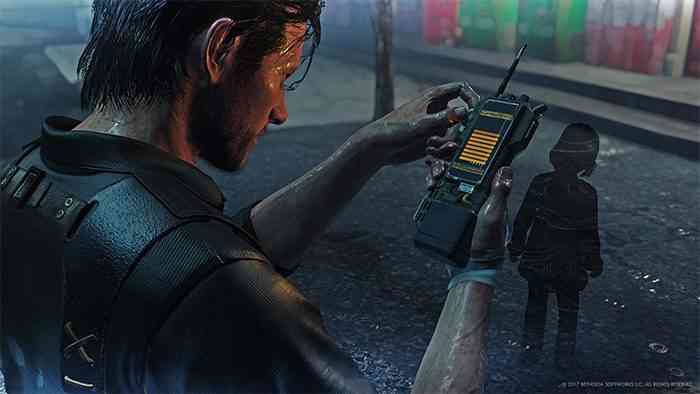 The Evil Within 2 stars Sebastian Castellanos: a former police detective and generally broken man. After the terrifying events of the first game, Sebastian lost his wife and daughter. Unsurprisingly, it shattered the man. He’s desperate and hurt, and almost has no choice but to trust an evil corporation (Mobius) that says his daughter is alive and needs immediate help. The quest to find Lily of course follows, and is set in Union: a simulation world not unlike The Matrix where citizens are used as hard drives (100 exabytes each, what a deal!).

Without spoiling anything, Lily is extremely important to the function of Union, and her being in danger is causing chaos. Zombies, ghosts, monsters, insane structural changes, Union is a very interesting place on a technological level. I was tireless in my search for information about Mobius’ dream world, and honestly, that side of things intrigued me much more than the main story.

“The lighting is the standout component of the visuals”

Union looks great for the most part too. The lighting is the standout component of the visuals though, shining a literal light on some of the muddy textures and unnerving faces in the game. The overall atmosphere of Union is quite a sight to behold though, managing to make the scale seem enormous in a somewhat small physical space.

The problem is, Sebastian is boring. His vocabulary is primarily composed zingers like “What the hell?” and “Shit!”, and the delivery of the lines isn’t great considering the gravity of the situation Sebastian finds himself in. The other actors sound equally disconnected and monotone, so much so that I found myself wondering if it was an intentional choice (I don’t think it was). But surely there has to be some redeeming value here, right? 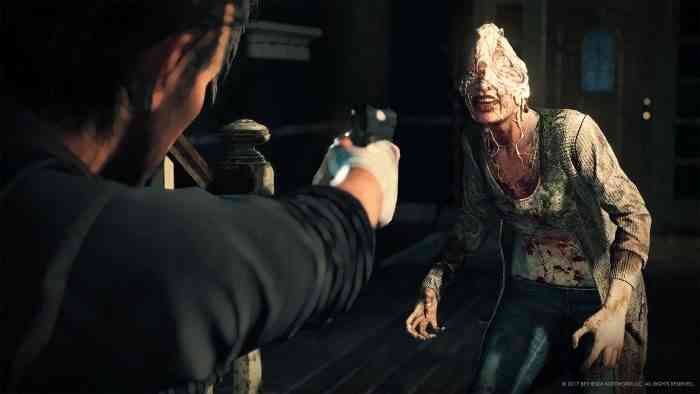 Correct. The Evil Within 2 has some brilliant set-piece moments and sequences that gave me the creepy crawlies. One really bad dude fancies himself as a snuff artist of sorts, creating bubbles of time where the moment of death is played over and over like some kind of morbid Boomerang. The effect is great, and I found myself just observing the art and enjoying the atmosphere created by the visuals and creepy old-timey music.

The level design in these sections was equally strong, funneling the player through the experience, but not feeling like it was doing so. The use of light and shadow was particularly impressive, doing a fantastic job of giving a unique feeling to each set piece, if not to outright scare your pants off. One of my favorite designs was chapter 5’s city hall. The structure of the hallways and building is constantly changing, and the section is superbly paced. I intuitively knew which way to head, but not in the way you might follow a waypoint in another game.

Sadly, The Evil Within 2 didn’t creep me out as much as I 1) thought it would and 2) wanted it to. The game includes quite a few open-ended segments where you’re free to explore open space looking for upgrades, survivors, and side missions. The missions themselves are fairly rote, leaning heavily on repetitive horror tropes and trade-offs. For the most part, if there was something valuable to be collected, collecting it triggered some zombies. Admittedly it got me the first couple times, but over time it just became annoying.

“Speaking of annoying, the movement and combat in The Evil Within 2 are largely a source of frustration.”

Speaking of annoying, the movement and combat in The Evil Within 2 are largely a source of frustration. It doesn’t feel good on a visceral level, especially in the open areas of the game where you’re twisting and turning far more than in spooky hallways. I get that the lack of responsiveness is to increase the tension in encounters, but it feels like they missed the mark a bit in finding that balance, ending up with controls I couldn’t tweak enough for my taste.

You’ll be crafting up a storm as well, as Union is home to a shocking amount of gunpowder. This is another aspect of the game that’s really well balanced, as I was constantly on the verge of running dry on ammo. That made exploring the stealth aspects of the game more attractive but brought problems of its own. 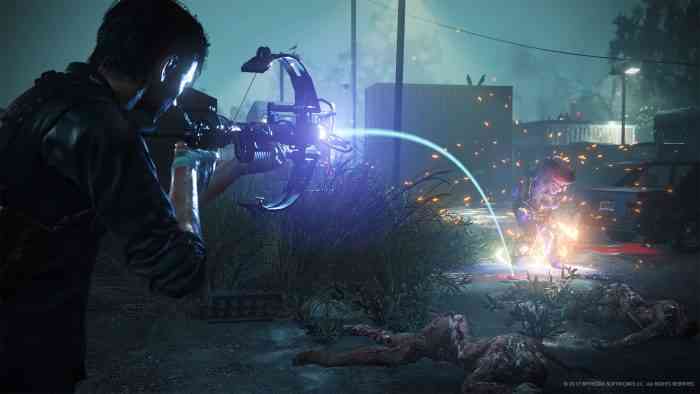 The Evil Within 2’s zombies are dumb. REALLY dumb. Like, I’m 15 feet away and almost totally exposed dumb. Chalk it up to the expanded openness of the experience, but I found it pretty easy to sneak around and stealth kill the vast majority of zombies in Union. But they’re not always dumb, as they’ll occasionally focus in on you like a smart bomb without any real visual queuing that they’re the geniuses.

Despite all that up and down, I had (and still am having) a really freakin’ good time playing The Evil Within 2. While it didn’t scare me as much as I wanted it to, it packs plenty of tense moments and interesting situations into its somewhat inflated length and is definitely worth investigating for its atmosphere alone. A ‘more than the sum of its parts’ situation, The Evil Within 2 should be firmly on the radar of anyone who really loves Resident Evil 4, and even players just looking for some spookiness this Halloween. 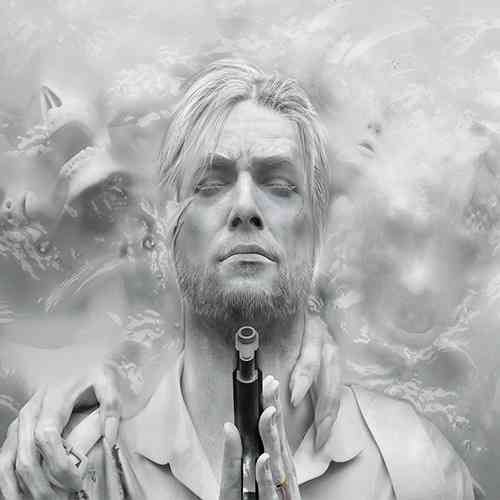 Top 10 Spookiest Games on PS4
Next Guardians of the Galaxy: A Telltale Series Episode 4 Review – A Penultimate Refocusing
Previous Elex Review – A Massive Action RPG With Something Missing