Nintendo Switch’s OLED versions will officially be out to the gaming community starting October 8th, and Nintendo Japan just provided a first look at the actual model outside of its promotional shots. The much-awaited next-gen handheld console is currently on display in their Tokyo retail store, as well as some of their electronics chains.

“The Switch OLED is on display at Nintendo Tokyo,” wrote one fan. “The screen looks very vibrant and the smaller bezel is a nice step up.” 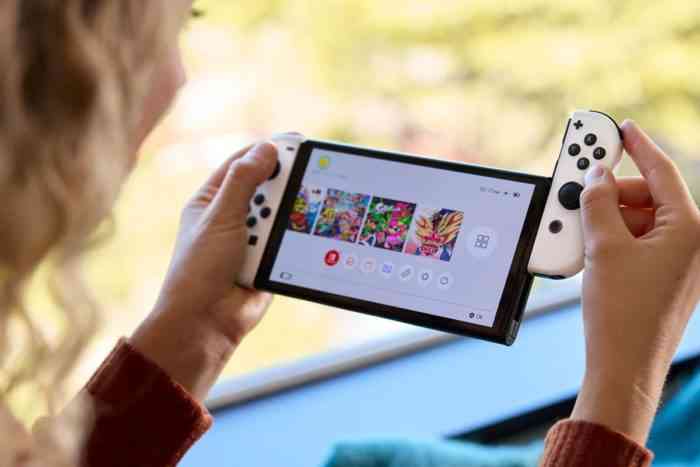 The latest photos of the Nintendo Switch OLED console may not do justice to its screen—which is expected to display deeper black as well as higher contrast compared to a standard display—but it does showcase its updated design and new dock. The new model will be priced at $349.99.

These new images are actually not the first time that Nintendo followers got a hands-on viewing with the OLED model. Some media outlets were given a first look at the device just last month. However, because they were not allowed to share any photos of the unit at the time, it is only recently that fans all over the world can finally get to see for themselves what the console is going to look like apart from its promotional material. Some of the photos show the Nintendo Switch OLED console behind a glass case, while the others were taken from Nintendo’s Tokyo store, even showcasing Metroid Dread and Splatoon 2 on the new display.

The Nintendo Switch OLED will have a much larger seven-inch screen, a new dock, a wide adjustable stand, as well as enhanced audio features. Despite these new additions, Nintendo previously confirmed that the new version will not have any major internal changes compared to its predecessors. “Nintendo Switch OLED model does not have a new CPU, or more RAM from previous Nintendo Switch models,” their rep said in an interview.