It will come as no surprise that Shadow Warrior 3 is a sequel. It follows Shadow Warrior 2 (2016) and 2013’s reboot of the series with Shadow Warrior. When developers have reached the third installment in a franchise, is it safe to assume that everything is in place for a great experience?

The original Shadow Warrior (1997) was developer 3D Realms’ attempt to catch Duke Nukem’s lightning in a bottle for a second time. More technically advanced than Duke, Shadow Warrior’s content would probably not pass muster today. It was sexist, borderline racist, and profane. But it did push the technology of shooters forward. With its main character of Lo Wang, critics quipped that it was the East Asian Duke Nukem.

Developer Flying Wild Hog and publisher Devolver Digital rebooted the franchise in 2013. They toned down the misogyny and at least some of the more offensive racial stereotypes. They also brought Shadow Warrior up to date mechanically and graphically. Shadow Warrior 2 added multiplayer, a hub area, and a more complex story and missions.

Simple is Better…But Not Always

Shadow Warrior 3 abandons much of the prior game’s mechanical complexity. It has a very streamlined story, for starters. This time around, Lo Wang reunites with his former nemesis, Orochi Zilla, to defeat the massive dragon that swallowed Wang at the end of Shadow Warrior 2. There are less than a handful of named and voiced characters and the plot is as linear as possible. It simply moves from one location to another. There is no hub area or side quests, though there are some combat-based achievements to unlock. 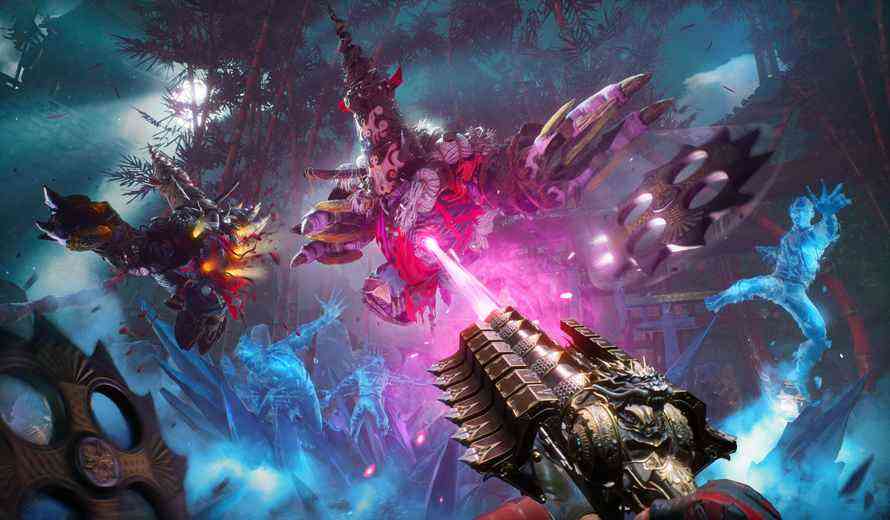 It isn’t that the writing and acting are bad. Both are actually well done. Wang never shuts up, and his constant stream of asides, jokes, and commentary are both profane and often amusing. They’re also repetitious, especially in combat. The very small number of other characters are voiced with equal competence. From the rather excellent opening cutscenes, I was expecting much more from the story than I got. It could be argued that Shadow Warrior 3 is returning to its roots. After all, the original Duke Nukem and Shadow Warrior weren’t exactly rich with subplots and side quests.

The environments themselves range from pretty temples and mountainside aeries to underground caverns. There’s quite a bit of verticality, wall running, and the use of a grapple hook at specific locations. Double jumping and wall running work great. The grapple hook mechanic is a messy disaster, finicky, and dependent on timing and undercut by the game’s camera. When all is said and done, Shadow Warrior 3 has two types of environments: short sections that you travel through, and combat arenas. The latter are uniformly circular and multi-level. There are also some easy environmental puzzles made frustrating by mechanical imprecision.

The character of Lo Wang began life as a ninja of sorts, and his katana skills figured heavily in other games. While the katana is still viable in melee combat, the vast majority of Wang’s weapons are pistols, rifles, shotguns, and fantasy firearms of one type or another, plus a force push of sorts. Like in shooters of yore, ammo and health are simply respawning pick-ups on the battlefield. You don’t have to worry about types of ammo for your various guns. It’s about as old-school and streamlined as possible. Nothing wrong with that.

The simplicity extends to enemy encounters. Like in early shooters or even recently with the Serious Sam reboot, battles in Shadow Warrior are additive. Each fight introduces a new yokai-type enemy with a different gimmick. There’s a uniform weirdness about the yokai and some of them are pretty tough. Pretty soon battles are simply protracted greatest hits encounters with one group of strong mini-boss enemies and infinite respawns of weaker ones. There’s a bit of lock-and-key strategy involved as you figure out what weapon certain enemies are weak to. Beyond that, battles are simply run-and-gun until it’s over. 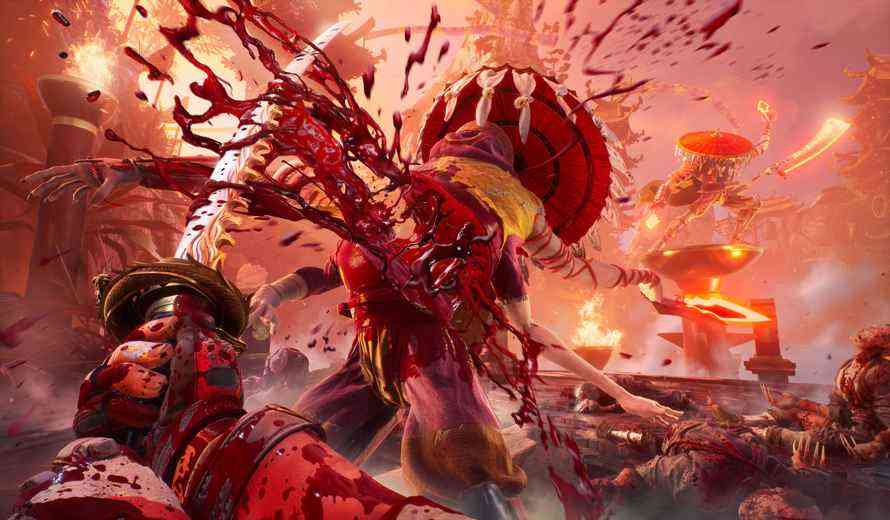 A Step Forward or Back?

There’s no actual pacing to the fights. They’re chaotic, messy, and go on way too long. They’re fun and colorful, for a while. Some of the enemies are inventive. But they’re all overused and the fights feel like degrees of the same thing. Using the environment for cover or to restock ammo and health adds a little variety, but that tactic is sometimes undercut by a camera that gets stuck in the scenery. Some of the enemies can only be stopped with a fatality-type move.

Beyond combat, Wang upgrades his weapons and character via a very streamlined path. Anyone who has been paralyzed by indecision while looking at an upgrade matrix will breathe easy. 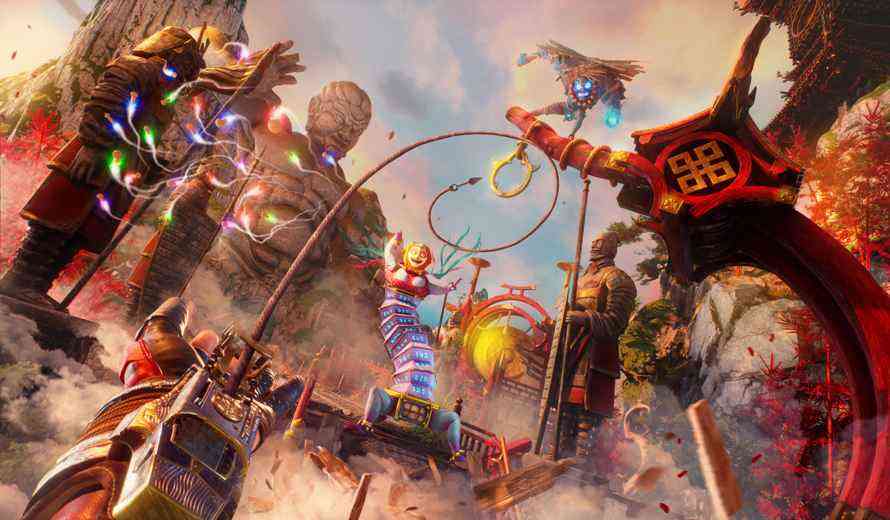 Shadow Warrior 3 is a real study in contrasts. There are times when its environments and cutscenes are triple-A game adjacent. Its combat is fast, furious, and fun. On the other hand, there’s not much story to tell, and that engaging combat gets frustrating and numbingly repetitive. Shadow Warrior 3 embraces much of what we remember about early shooters, with a lot more visual panache and polish. By the end, though, we’re desperate for the kind of variety and sophistication that later shooters brought to the genre. 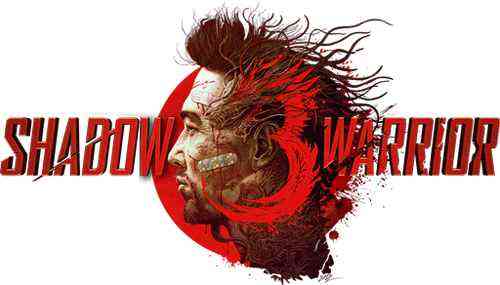