A Gummy’s Life Review – Sweet With Friends, Sour When Solo

A Gummy’s Life is a simplified (and “gummified”) take on rag-doll fighting games. The game has similar vibes to 2014’s Gang Beasts, especially in its fighting style and overall look. The gameplay consists of wildly flailing your character’s body around in hopes of either knocking your opponents off the stage or beating them until they explode. While the game is definitely fun when goofing around with friends, as a solo experience it doesn’t really offer all that much.

A Gummy’s Life has four game modes to choose from: Free for All, King of the Hill, Hot Potato, and Team death match. Free for All is exactly what you’d expect – four players on a stage drunkenly swinging their arms around, jumping, kicking, headbutting, and tossing each other around in hopes of winning. King of the Hill requires you to stumble around and touch punching bag checkpoints, with the first player to touch five winning. It’s really just a matter of who is closer when the bag randomly drops after each time one is touched. Hot Potato involves one player becoming a ticking time bomb while everyone else has to slowly stumble away, hoping to not get hit and become the bomb. Finally, Team death match is the exact same as Free for All but in teams of two. Out of all the modes Free for All is by far the most fun, incorporating all the controls and strategies to encapsulate what is best about the game. The other modes feel like late additions added to make the game seem to have more to offer than it really does.

The game does offer online play, however it can prove quite difficult to actually get a match started. I waited in the online lobby for over an hour and a half, with eventually one other player joining and the other two spots given to bots because no one else would join. This isn’t completely the game’s fault but it does take away a very viable gameplay option that gives the game the unpredictability that the AI lacks. Taken as a whole, the online experience itself is great but hard to achieve at times, unfortunately. And speaking of the AI, it isn’t all that great. After a few matches their pattern of attack becomes very obvious and fairly easy to overcome – they still offer some challenge but not nearly enough to make each match feel very different from the last. Even worse, the AI can sometimes (albeit not very often) get stuck in loops and even in walls. They do make the game playable and offer something fun when starting, but just like eating too much actual candy, it becomes less fun in greater amounts. 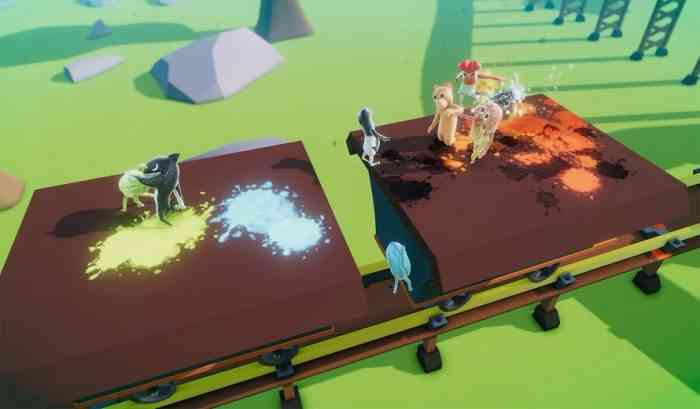 Music in A Gummy’s Life is fine – there’s nothing special about it, and the same can be said about the announcer’s voice acting which just serves as background noise and not much else. The music doesn’t set any particular mood or serve any purpose other than to add some kind of sound to the game, and it isn’t very memorable; in fact I only vaguely remember some of it. The stages themselves act as a sweetener to A Gummy’s Life, providing an extra challenge that is very much needed. Each stage is very fun and as a whole they are the highlight of the experience, with the only downside being that, unlike the characters, most don’t seem as polished graphically as they could be. They have a general theme but they don’t feel as vibrant and memorable as I would have liked.

A Gummy’s Life is a mixed bag of sweet and sour candies. Free for all mode is a fun experience but after an hour of play becomes stale unless you have friends around to play alongside you. Other modes merely feel like putting sprinkles on a muffin to make it a cupcake. It isn’t a horrible game – it doesn’t have any major flaws or anything; it is a game that is perfect for when you and some friends just want to have a taste of some good fighting game fun. Rag-dolling around, falling over, and tossing each other can lead to some funny, enjoyable experiences. But when isolated to the player and a few bots however, the charm is glazed over by all the flaws of the AI and the online availability issues. 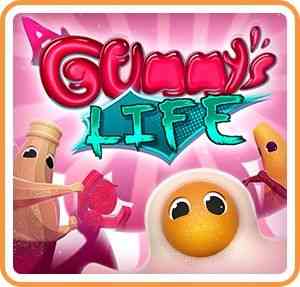 
Gang Beasts Gets Crossplay Between Xbox and PC, but Not PlayStation