Next month, the chaotic brawler Gang Beasts will be coming to Xbox Game Pass on Xbox and PC. With this arrival, developer Boneloaf is activating a crossplay update for the game. It allows players on PC and Xbox to play together.

They would gladly have PlayStation gamers join in on the fun, but PlayStation gonna PlayStation. If you’re in the dark about crossplay with PlayStation, they basically demand a fee from many publishers to allow PS4 and PS5 to support crossplay for their titles, which many are unwilling to do. 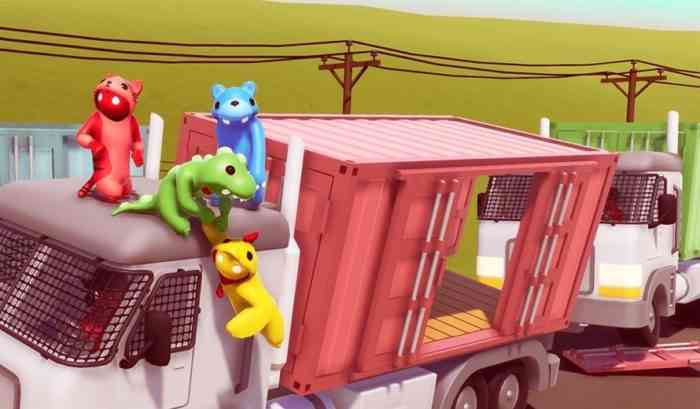 As more and more titles begin allowing crossplay between platforms, PlayStation owners are becoming increasingly more alienated. It’s like these games are a bunch of birthday parties and PlayStation gamers are kids who aren’t allowed to go. Not because they aren’t invited, but because PlayStation is like the parent that isn’t willing to drive their kid to the party, the parent who demands compensation for gas money from the party host.

Meanwhile, the birthday boy is asking, “Why isn’t PlayStation showing up to my party? Does PlayStation not like me?” Good analogy? Bad analogy? I can’t tell.

It’s something we want to do, but it’s no feasible at the moment. Sorry.😕

Not all hope is lost though. Apparently, PlayStation may be in the process of changing their ways about how they do crossplay, which may allow them to support more crossplay titles. We’ll see about that though.

If PlayStation keeps up with this behavior, they may have to face the wrath of their fans. Gang Beasts is available PC, Xbox One, and PS4.

What platform do you play Gang Beasts on? Let us know in the comments below.

Borderlands 3 Ultimate Edition Discs Heading To Next-Gen Consoles
Next
Grime Looks Like Tim Burton Had a Baby With a Platformer
Previous
Smash Bros. Ultimate’s Latest DLC Character and the Art of the Tragic Villain Protagonist