E3 2017: Total War: Arena Impressions – All Out Brawl on the Battlefield

Total War: Arena is an All-Out Brawl on the Battlefield

Wargaming revealed new gameplay for Total War: Arena this week at E3 and we got a chance to witness the alpha in rigorous detail. It’s difficult to describe what Arena is exactly with a single genre, but it certainly reminds me of MOBAs the most and an RTS in a close second. Players choose their commander and three units to take into battle. Commanders are like the hero unit: they have 2 basic abilities and an ultimate. While some abilities can be used as a general buff, others need to synergize with the units you take with you. For example, the Roman commander Germanicus has special defense abilities for infantry but grants no special bonus for cavalry or siege engines. Playing to strengths of the commanders and strategizing over the composition of your army before every match are the half the battle. The other half is asserting total dominance over the other team.

Two teams enter onto the battlefield, each shrouded by a fog of war. Each team is vying for one of two win conditions: to eliminate all of the opposing team’s units or to capture the opponent’s base. I believe a well-organized team might find it feasible to go for the base capture, but in the limited gameplay on display, I witnessed that an all-out assault on the enemy units is a perfectly viable strategy. In fact, there are plenty of perfectly viable strategies depending on your ability to balance between micro and macro commands. A more novice player would likely build a strategy around taking three units of the same type with a commander that synchronizes with those units. This relieves some stress from needing to micro three units with completely different skills. A more experienced player, however, could take three different units into a battle and skillfully use the extent of their abilities. Seeing this in action certainly looks like mass chaos but it’s actually a beautifully orchestrated attack on an unsuspecting legion. 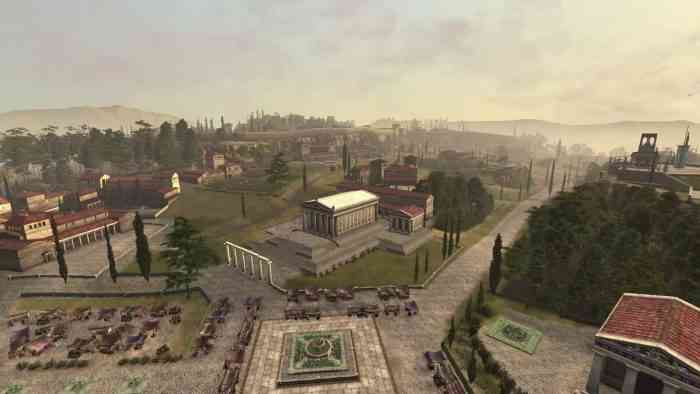 The number of strategies continues to grow when you consider all of the possible skills to spec into for each of the factions as well as talents for the commander abilities. I was told that it will be possible to unlock every skill, but it will take a very long time to do so. The more important thing is to focus on a couple of skill lines in your favorite faction to realize their full potential.

Total War: Arena still does not have a confirmed release date and seems to be a way off, but be on the lookout for a beta in the coming months.