The Unliving Has the Potential to be an Undeadly Good Time

For one reason or another, Necromancers seem to be all the rage right now. Because of that, I’ve actually gravitated more toward the class as of late, and The Unliving gave me the perfect opportunity to harness my undead prowess. While The Unliving played into my inner desires to lead an undead army, the game still has some work to do while in Early Access.

Although I like to focus on gameplay, the first thing I noticed in The Unliving was the quality of the game’s pixel art. Sure, the character portraits feel a bit out of place compared to the remaining aesthetics of the game, but the pixel art quickly caught my eye and never lost my attention. While the game looks great in images, it also performs well in action.

At its core, The Unliving is a rogue-lite action RPG in which you play a Necromancer. There are also aspects related to strategy, especially as you lead your army against the living. The core gameplay loop does revolve a bit around killing enemies and destroying structures, turning their corpses into your minions, repeating until death, all the while upgrading your skills as you go on 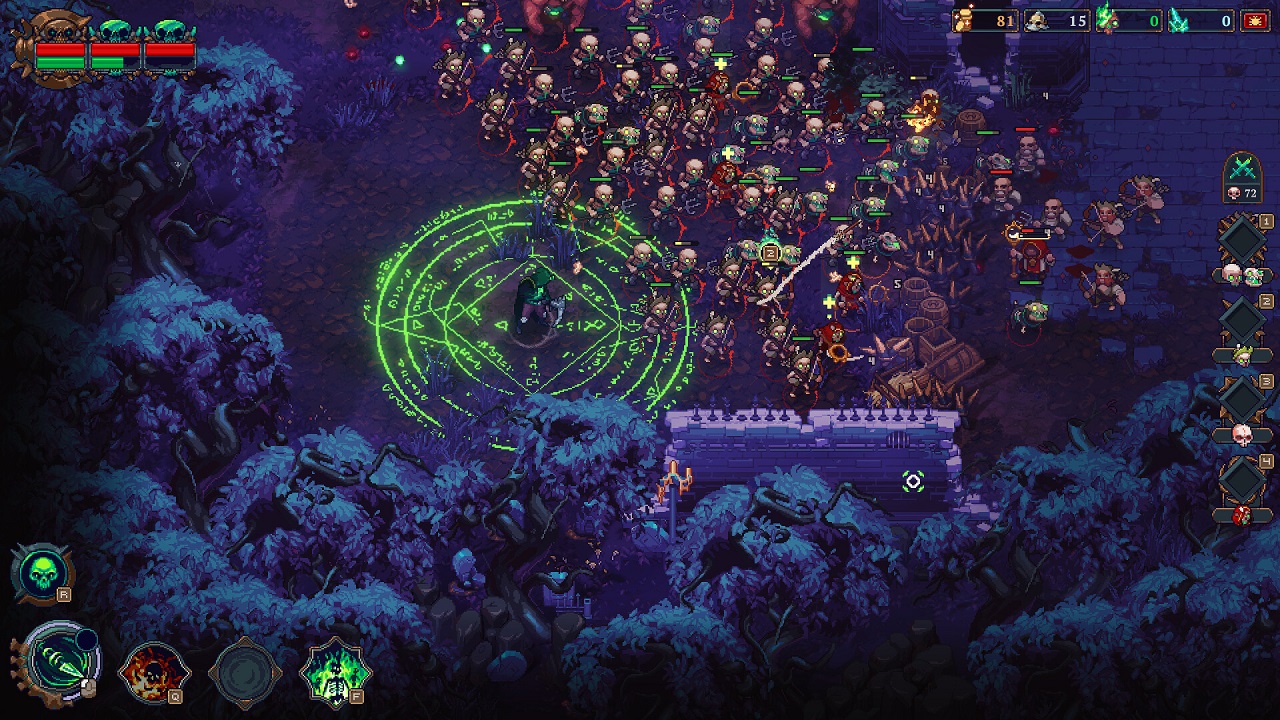 While the primary gameplay loop is fun, the game still faces its issues. Keep in mind that The Unliving is currently in Early Access. Problems that may be present at the time of writing may no longer be an issue as the game continues to be patched and updated. My biggest issue was that I had minions that would get stuck on various parts of the environment. I actually never notice this in real-time. But as I backtracked through some levels, I found some minions waiting for me behind a wall. Additionally, although the game does have partial controller support, it doesn’t work too well. I would recommend sticking with a mouse and keyboard.

As a whole, The Unliving gives us a glimpse of a very solid Necromancer-based game. While some minor glitches and “janky-ness” did plague us, this game will remain on our watch list as it goes through Early Access. For anyone into the Necromancer wave at this time, I would definitely give The Unliving a try.

They Are Billions Review – The Horde Arrives on Consoles