I’ll admit, I went in with low expectations. To me, The Falconeer didn’t exactly scream day one purchase. Especially for those looking for a true next-gen experience on their shiny new Series X consoles. I’ll shoot straight with you. It’s a little rough, has some bugs, I am still fighting with some of the controls but when you factor in that the game was made by one person, The Falconeer is without question an impressive little indie game.

So what is The Falconeer exactly? Well, it’s almost like it sounds. It’s a third-person air combat game where you play as a Falconeer in control of a huge bird. It plays out like many other dogfighting flying games we have seen over the years. You’ll fly to various objectives, battle against other Falconeers, and encounter a variety of enemies, like flying beetles and manta rays.

The build I was given access to was near final. There will be some patches and other bug fixes over the next couple of weeks but overall it looks as close to finish as it could possibly get.

Visually, it looks decent. It definitely reminded me of Sea Thieves with its stylish cel-shaded art style. Granted, other AAA games will blow it out of the air. In fact, it falls short in the visuals department compared to other games I have previewed on the Series X, like DIRT 5 and Yakuza: Like a Dragon. It clearly doesn’t have the budget or manpower like other big publisher games, but when you consider Tomas Sala made this all by himself, it’s an impressive feat. 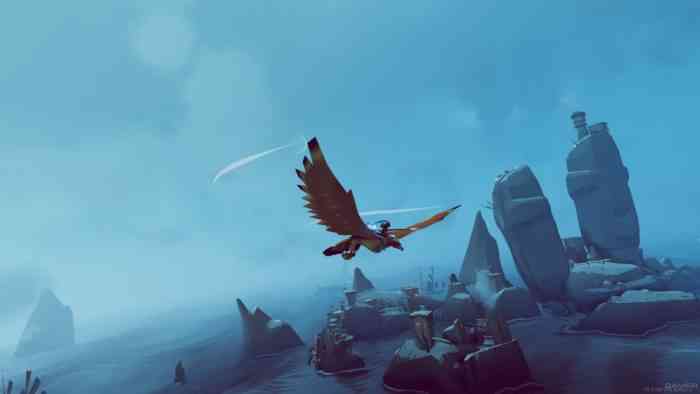 I’ve only scratched the surface so far, as I am still wrestling with controls a little. Flying games have never been in my wheelhouse. So for the first hour, I kept going back and forth between inverted and regular controls. Yet it wasn’t long before I hit my stride and in no time, I felt like I knew what I was doing. Well, mostly.

The Falconeer doesn’t seem to hold your hand in any way. There are many times, I wasn’t quite sure what to do. So I would just fly around. Which in and of itself is actually quite enjoyable. Cruising along at a high altitude, checking out the scenery below is relaxing. Diving towards the water or trough a wind tunnel can be exhilarating as your speed (and energy) increases. Yet it is in those moments of exploration, the Falconeer shines.

The combat certainly has potential but the targeting system is confusing as all hell. Like I mention, I am not far in, so I am still learning but admittedly I am far from feeling comfortable engaging in aerial attacks. As can be expected shooting enemies from a bird in the sky is no small chore. For a simple aim and shoot kinda guy, I found it a bit of a struggle. There are times the camera seems to have a mind of its own, which was inevitably messing me up.

There is a compass system in the game that acts as your navigation system. Like the combat, it can also be a bit confusing. And there is a lot bit busy. But I am sure, the more I play the more I’ll get use to using it.

Also a word of caution, the text is very small and hard to read. The white text blends into the game a little too much. For my old tired eyes, I found it struggle, but maybe you young bucks won’t have a problem.

The Falconeer does run brilliantly on Series X. It loads in a flash, features steady frame rates and as far as indie games are concerned it’s a decent looking title. I am looking forward to continuing my journey and seeing what kind of tweaks and updates arrive in the days before launch. 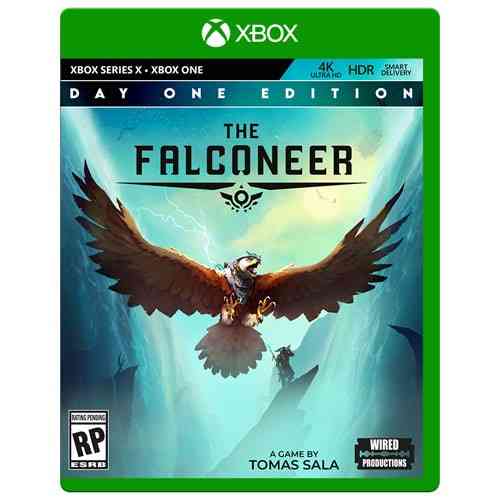 The Falconeer: Warrior Edition Coming to PlayStation and Switch
Next Tetris Effect: Connected on Xbox Series X is Exactly What I Expected
Previous Mars Horizon is Slick and Educational