TemTem on PS5 is Pokemon For The Hardcore Crowd

Sometimes an homage is a subtle thing, a shadow on a firelit wall. Sometimes it’s as blatant as a bullhorn, screaming in your face. TemTem falls neatly into the second category. Which is totally fine! When you’re cribbing from a gaming behemoth like Pokemon, there’s nothing wrong with a little flattering imitation. Is this game for a more challenge-oriented Pokemon player/monster battler? Absolutely! Even so, TemTem is an admirable send-up of a storied franchise. Especially if you’re one of the aforementioned challenge seekers.

As someone with Pokemon etched into my bones, I can appreciate the need for a tougher, more complex approach to the traditional framework. Who wants a breezy campaign that only gets good at the very end? Me, it turns out. Decades of leisurely strolls through Game Freak’s many grass patches have softened me right up, it seems. You’re thrown into the fire after barely grazing the pan, with constant team battles and scarce resources keeping your focus taut. To be fair, I haven’t actually lost many fights. I just always feel like I’m about to. Matches come down to the wire with reliable frequency, all of my money is spent on healing items, and my party members feel like absolute punching bags. Even if you’re mindful of type matchups, it’s dead easy to get your clock cleaned.

Beyond the difficulty, there are a lot of commonalities between TemTem and its progenitor. The type matching system, monster evolution, capture mechanics, narrative premise, combat basics, and encounter rules all feel extremely familiar. But if you’re coming to this game from Pokemon, that’s almost certainly what you’re looking for. The writing is a bit more self aware, and the pre-battle banter is more robust, but this is definitely a Pokemon game. Depending on what you’re looking for – a remix or a brand new beat – this could be a big part of the appeal. 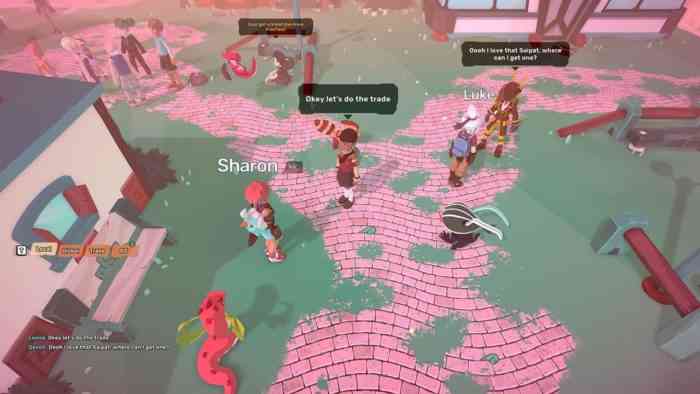 On the subject of type matchups, I had forgotten what a chore it is to memorize those. Walking into a brand new set of monsters, having no idea who’s weak to what? Not a good time! I’m tempted to keep a notebook open beside me, to track who’s good at fighting which type. This is to say nothing of the synergy system, which gives you bonuses for teaming up likeminded types on the same battlefield. Expect to stumble and struggle until you figure out the matchup mechanics. At least the game will tell you if an attack is going to be worth it or not, based on the color of the selection ring that pops up.

Another big difference between TemTem and Pokemon involves your stamina for moves. Unlike your health, this meter refills after every battle. Think of it as an incentive to go all out in every fight. The downside here is that moves will deplete your health once you run out of stamina. You can choose to rest and recover your energy on some turns, which adds a strange new rhythm to combat. I’ve even won a few battles after an opponent knocked themselves out from stamina depletion. So long as you’re choosing your attacks carefully, you can maintain a fairly high damage output at all times.

While the game is in Early Access at the moment, TemTem is set for a full release sometime in 2021. There’s couple of things I hope they address before then. For example, if your stamina is going to refill after every fight, your health should as well. Why not break the constant cycle of health recovery and running away in terror? Make this all about those intense, fast-paced battles, and eliminate the arbitrary walls put in place by rapidly depleting health! You can always just buy more health items, but battles with other trainers don’t make you much money. So far I’m always just about broke, with barely enough recovery supplies to get me through the next segment. The game is always online, which makes the Early Access element a little fraught with danger. Sometimes you just get booted from the system. Thankfully, the game is good about picking up exactly where you left off. Finally, you’re certain to run into sections that are walled off, with signage informing you that this content is under construction for the time being.

Even in Early Access, the content available right now is robust. If you’re looking for a more complex, challenging pokemon-style game, TemTem is right in your strike zone. Although it lacks the exhaustive set of features and side dishes associated with its predecessor, the intricate fights and extensive exploration should be more than enough to whet your appetite. Once you’ve burned through the available content, you can team up with other players for some co-op battles. There’s also a whole set of customization systems that I’ve barely scratched the surface of, which is perfect for that endgame grind. Monster battler enthusiasts would be wise to keep TemTem on their radar, even while it’s still in Early Access. 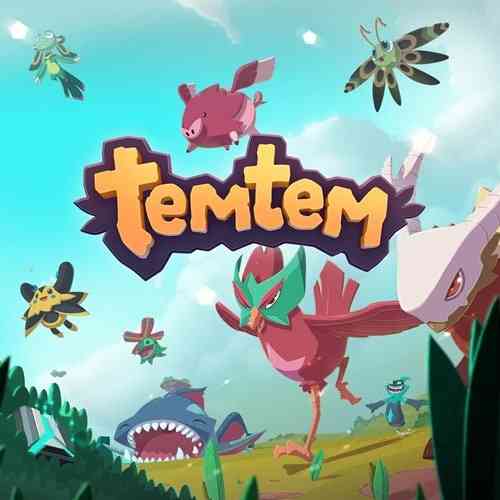