Developed by Headup Games, Tinkertown is a delightful example of taking a familiar formula and presenting it in a fresh new way. One part Minecraft and one part classic Dragon Warrior, Tinkertown gives players a charming outing into crafting/ survival gameplay. You’ll slap together your starting character, select a randomly generated world (or enter a four digit code for one) and jump in. You can play single player or on a shared file with your friends where you can work together to carve out a little piece of home for yourselves.

I was fortunate enough to check out Tinkertown during PAX Online and I was excited to see what kind of progress the game had made. Much as it was then, you drop into the world in nothing but your underwear and it’s up to you to start gathering and fighting to survive. You’ll know the core recipes for crafting to begin (axe, pick axe, crafting table, etc) which each evolves the next process of crafting and terraforming. The axe chops down trees needed for wood flooring, walls, doors, furniture, and the pick axe. The pick axe lets you smash rocks to build a furnace which can refine ingots and make stone walls and flooring, etc. The recipes have a steady and natural flow of progression where the more you craft, the more you learn to craft.

Create Your Own Adventure Either Solo or With Friends!

Tinkertown suffers from that deliciously terrible condition of making the player want to do “just one more thing” before you stop. Just a few more trees and I can build another room on my house. Just a few more stones and I can make a furnace. Just a few more ingots and I can make an iron sword. It just keeps going and can’t help but offer that addictive gameplay we crave. Tinkertown isn’t heavy on narrative because the point is to make your own. You choose where you go, what you do, what you build, where you build, and what you mine. It also offers that nostalgic isometric view from the classic NES games when characters could only move in four directions. The art style is incredibly evocative of this but of course with modern upgrades such as lighting effects and a much greater resolution.

I do find understanding how to get recipes can be a bit of a challenge. Experimentation is the name of the game for sure, and a full recipe list would be incredibly daunting to say the least, but not knowing what items are good for what or how to unlock/upgrade gear was a little cumbersome. I could see new players feeling stuck because there isn’t much in the way of guidance at the beginning of the game. I had mentioned previously that I wasn’t sure what to do with items I no longer needed and I was told there would be a method of disposal, but until then items can be thrown into any body of water. In my time so far I have yet to come across any means to get rid of an item other than the water, but it could also be behind a recipe I simply haven’t unlocked yet. 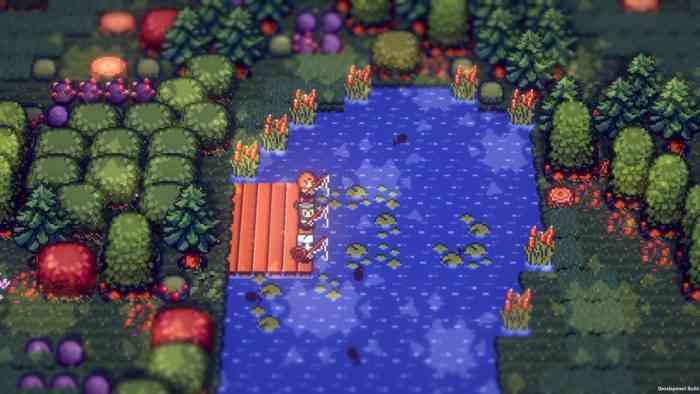 Construction is a ton of fun and I love building and decorating rooms. It’s a core feature of the game, and after a few hours I had an entrance way, a bedroom, an alchemy room, and a forge. It’s great to plan and build and decorate, and it is just so satisfying to see a room start to come together from your hard work, but I wish there was a better way of rearranging items or replacing walls. To change the floor you need to get a shovel and dig up the panel, which makes sense, but should I need to move a bed/table/furnace I have to attack it until it breaks, put it in my inventory, and move it. I guess this is the norm for these kind of games but I would love an option to simply move or pick up something without having to attack it.

I have encountered a few bugs here and there – small quirks, really – but nothing that broke the experience. Sometimes damage numbers popped up but my target took no damage, or I would hold down a direction to walk and suddenly be jumped several spaces forward (often dropping me into the water) but there is plenty of time yet to get the kinks out. At the end of the day there are a few small quality of life updates I would like to see in terms of being more noob friendly and addressing these bugs, but it’s still the game that gets stuck in my mind when I think about having a great, relaxing session with my friends and just working together to build this little community. For some gamers, Tinkertown will be their first foray into survival/ crafting gameplay and once these are addressed it could be the perfect starting point. 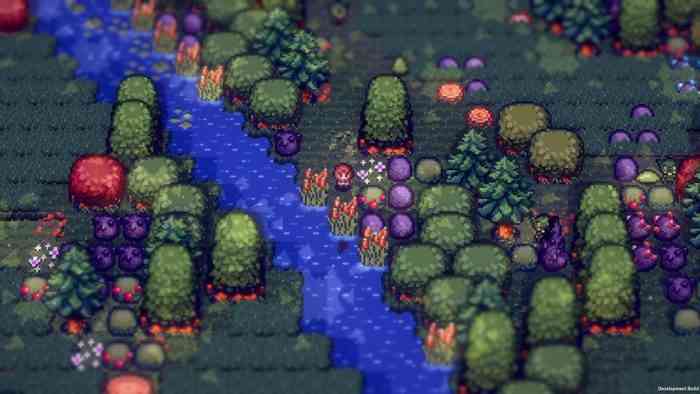 Tinkertown is a charming, enchanting experience with an upbeat and adorable soundtrack, excellent visuals, and an incredible amount of addictive replayability. It’s easy to get lost for hours in the game without realizing how much time has gone by and it really is a nice way to stop worrying about saving the world and taking down the big bad villains and just enjoying a simple and unique experience. Tinkertown is currently in Early Access on PC, and hopefully, these small quality of life changes will be fixed up before release so everything can enjoy the game as much as I do. 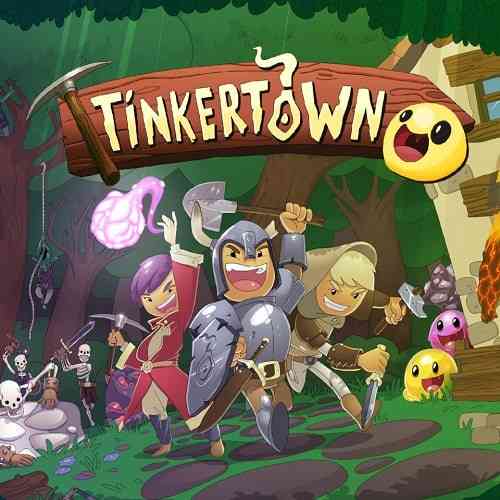