Space Life is Messed Up in Starmancer

The premise of Starmancer is as simple as it is awesome: you are the AI in charge of a space station that had a bit of an accident during a warp jump. Now you’re stranded in unknown territory, trying to figure out what happened to the rest of the fleet. To that end, you must clone the colonists whose templates you have stored, expand the station, research new technologies, and gather resources from other celestial objects. Just make sure to keep an eye out for zombie plague, alien monsters, and the potential for your colonists to mutiny against you.

Yes, all of those things can happen in your playthrough. Hell, the first two hit me hard while I was playing, and I’m pretty sure the only reason my colonists didn’t rise up against me after the second time I got them all killed by accident is that they all had the memory of a goldfish. Fortunately, in this game, death isn’t the end. After all, more cloned colonists are just a quick tap to the incubator pods away in Starmancer.

A Fun and Addicting Exercise in Playing God

First things first: this game is gorgeous. Smooth animation, beautiful pixel backgrounds, and an otherworldly soundtrack combine to make an enchanting and eerie vision of the future. The background even pauses scrolling when you pause the game. It really does make you feel like you’re in space, watching the stars, asteroids, and shattered wrecks of planets orbit around you.

The story is pretty great, too. It’s nice to have an in-universe explanation for who and what the player is in a management game. You aren’t just the mysterious hand of god, reaching down from on high–you’re an AI giving directives to a group of human clones that you yourself have created. Your creations can be quite industrious, too. The number of things I could get done in a single day gave me a real sense of accomplishment. 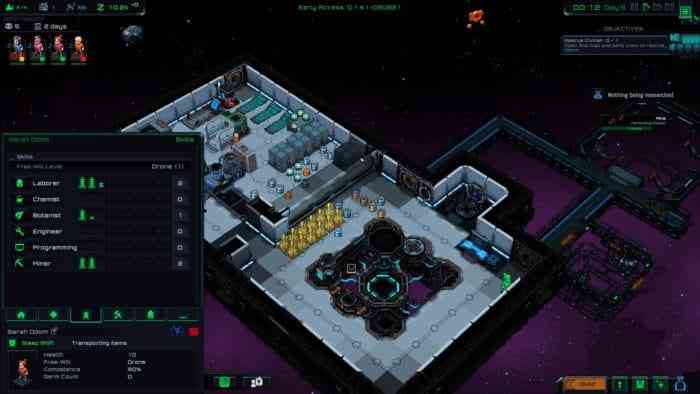 That said, you should definitely be careful when playing. It doesn’t take a lot for one colonist to lose it and start murdering everyone else, and then where will you be? In a desolate station, surrounded by corpses, forced to clean it up and start all over, that’s where. I suggest keeping a morbid colonist on standby because they won’t be traumatized from cleaning up a massacre and trust me, traumatizing your colonists is a bad plan. If they’re too angry, scared, or needy, they won’t do what you tell them to.

It took a bit of trial and error to figure out the mechanics, but anyone who likes this genre shouldn’t have too much trouble. It’s easy to screw up while figuring out how to do things like place specific items or build new rooms, leading to a certain omnipresent tension. Fortunately, the colonists can fix some of your mistakes… but only some of them. Interestingly for a management game, expanding my station was never really a priority since there was always a more pressing need to focus on. Or one of my colonists was going on a killing spree. One of the two. 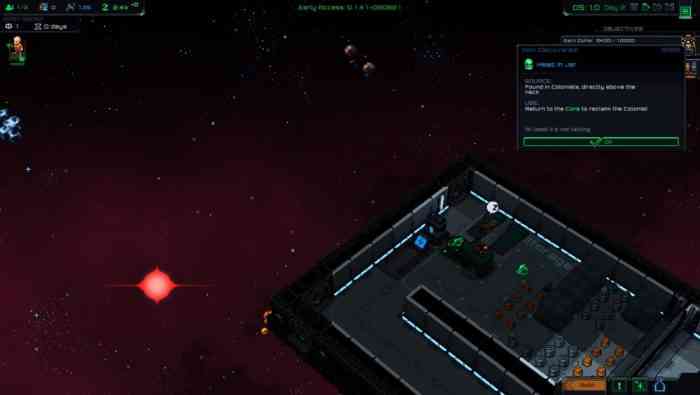 There doesn’t appear to involve a lot of micromanagement at first, but that soon changes. While this game is definitely lighter on it than other, similar titles, you still have to make sure you know what your colonists are up to at any given time. Otherwise, you’ll be greeted with an unpleasant surprise, ranging from alien intruders to your colonists selling all the food they need to survive.

Ironically, Starmancer’s biggest drawback at the moment is its AI, which leads to colonists doing really bizarre things for no reason. Mine kept putting the wheat seeds out on the external walkway next to the shuttle. This part did make me feel like a confused AI watching strange organic creatures do strange organic things, but other issues are less easy to handwave. Two of my colonists became stuck in an airlock and wouldn’t respond for ages, no matter what I tried to command them to do. I ended up having to carefully instruct them to walk out individually and they both nearly died of sleep deprivation. 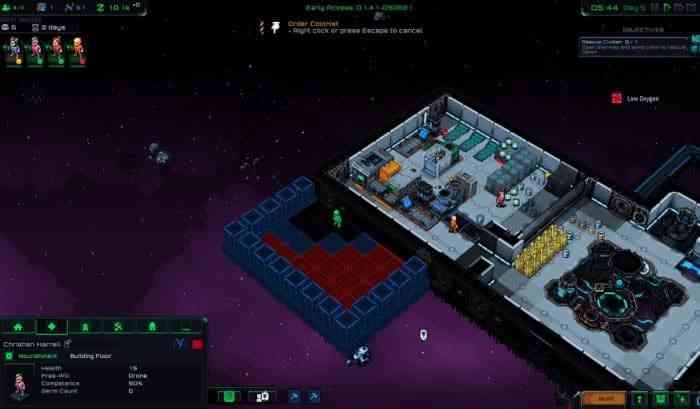 Teaching your colonists new skills is interesting, especially on lower ego levels. Drones are especially mindless. Half my time was spent making sure they weren’t defaulting to old patterns, like selling all the ore when metal sells for higher prices and there’s a perfectly good ore smelter right there. Though maybe I shouldn’t talk, since I also caught myself making very poor decisions sometimes.

Pro Tip: pay close attention to which order you build things. Creating a door before a room—or an air vent before walls—can have dire consequences. Also, be prepared for the game to crash. Repeatedly.

All in all, Starmancer is a very fun game, but it’s clear that it’s still in Early Access and the devs are still ironing out all the kinks. If you don’t mind constantly monitoring little AI characters to keep them from self-sabotaging, you’ll have a good time with this title. Hopefully in future updates, they make it so that colonists remember which items they aren’t supposed to sell. 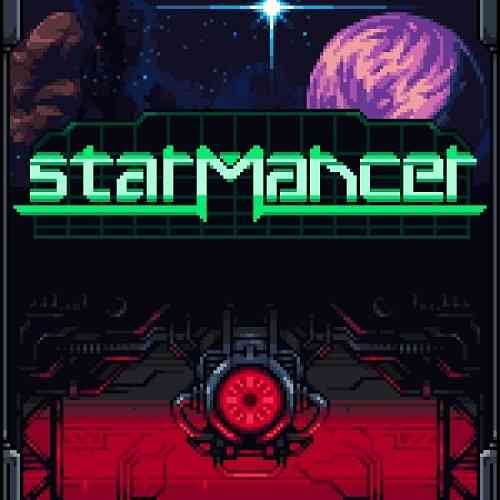 3D Platformer Lunistice Will Release In September On Multiple Platforms
Next Astria Ascending Has a Beautiful and Fantastical Setting
Previous Diablo 2: Resurrected is Choppy But I’m Ready For The Gates of Hell