Sniper Elite 4 on the Nintendo Switch is an impressive port for Nintendo’s hybrid platform that Sniper Elite fans from other platforms should consider getting. Being able to execute snipes with pinpoint precision on the TV is one thing, but that experience anywhere I want. The portability factor is among the best when it comes to Switch ports, running fluidly at home and on the go with very few noticeable hiccups in my gameplay. Going into Sniper Elite 4, I didn’t know sniping was something I needed on the go, but the tactical elements of the game make it an important FPS to consider above the action-oriented FPS games on Nintendo Switch such as Crysis or Overwatch. Considering the diverse nature of Sniper Elite 4, gamers can easily transition from running and gunning on the TV, to a slower more methodical sniping gameplay on the go, making this FPS port rise above the others.

The campaign of Sniper Elite 4 kicks off with San Celini Island during the events of World War 2 and the missions can be played solo or through co-op. The missions I played through were based around World War 2 and the Italian front that showed me a new perspective on things. I wasn’t able to experience the co-op aspect of Sniper Elite 4, but the solo experience was positive beyond a few spawning hiccups. Spawning issues can be fixed through updates and the team at Rebellion Developments is already hard at work fixing it. The beginning of San Celini plays like a tutorial, introducing crouch, stealth kills, environmental mechanics, climbing, and a lot more, but it isn’t long before you’re set loose on a vast open area to complete objectives in whatever order you see fit.

You start with an arsenal of weapons in any given Sniper Elite 4 mission, but there are also lootable weapons, equipment, and collectibles scattered across the vast environments. Much of the storytelling is done through narrative voice-over, but some of it is told through the environment and cinematic moments while exploring. There are multiple ways to execute enemies with the vast tool kit and arsenal, but my personal favorites beyond sniping them are environmental kills and assassinations. Environmental kills require precision sniping but can take out multiple enemies, while assassinations can keep things quiet if you’re able to single out enemies. The stealth of Sniper Elite 4 isn’t as refined as the sniping, but it’s something that continues to improve with each installment. 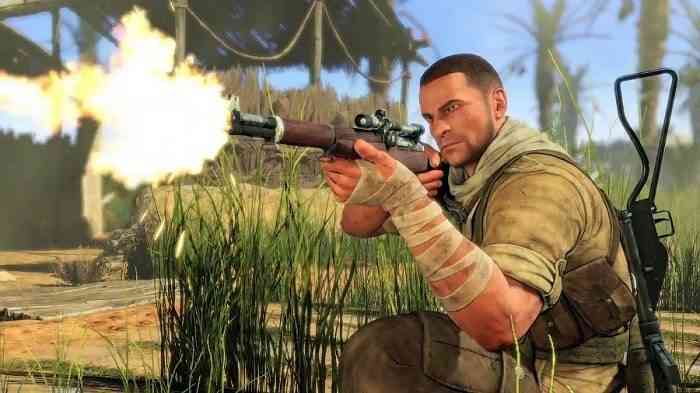 When things open up in Sniper Elite 4, some spawning problems presented themselves, but after utilizing the environment to my advantage, it isn’t long before I was able to progress from one objective to another. FPS fans who haven’t played a Sniper Elite game may not be aware of the environmental kills, but they’re a key tool in the vast arsenal of this latest sequel. The award-winning X-ray kill camera continues to be an extremely satisfying climax to any conflict I found myself in when playing Sniper Elite 4 and it’s easily comparable to Mortal Kombat’s X-Ray moves. Landing a perfect headshot in Call of Duty or Fortnite is satisfying, but it doesn’t even compare to an X-ray kill cam of a headshot in Sniper Elite 4. While running and gunning is a feasible strategy in several parts of Sniper Elite 4, people who enjoy sniping in FPS games will delight in the attention to detail and satisfaction of X-ray kill cams. If you like the Sniper Elite series on other platforms, this Nintendo Switch port is worth checking out. 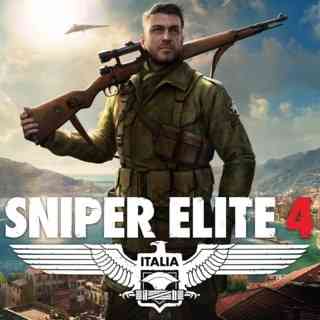 PAYDAY 3 Will Feature The Original Gang In New York And More
Next In Death: Unchained’s Latest Quest 2 Update Makes the Afterlife Beautiful
Previous Tetris Effect: Connected on Xbox Series X is Exactly What I Expected