Sniper Elite 4 Is Shooting up the Switch Next Month

The Sniper Elite series is the perfect anti-Call Of Duty. If you like the idea of war-based games but prefer to take a stealthy approach, picking off your foes from a distance or laying booby traps, then you might be well aware of what the franchise does differently, and why we’re so excited to see it firing onto a new console next month.

Set in World War 2, the series puts you in the shoes of Karl Fairburne, an American Sniper as he attempts covert missions against the Axis Powers. Sinper Elite 4 takes you to the Italian island of San Celini and tasks you with assassinating Tobias Schmidt and his cohorts, who’ve been working on a secret weapon that might just turn the tides of war in their favor.

Of course, plenty of other games have sniping sequences or options, but it’s rarely the focus in the same way as the Sniper Elite franchise. Sniper Elite 4 has received great reviews from fans for implementing more verticality into the maps and making Karl more agile, making it easier to find the perfect vantage point. It also takes full advantage of the Switch’s hardware, including using the console’s in-built gyroscope for motion aim. This may not make aiming easier for a lot of players but it’ll certainly add a new spin and could be a great feature if you can get the hang of it. 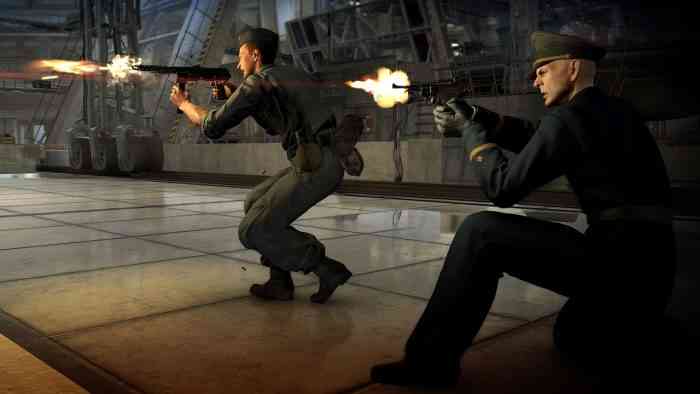 The trailer shows just some of the environments you’ll traverse over the course of the game, from overgrown aqueducts to snowy mountains to quaint Italian villages – or, at least, as quaint as a village can be under Nazi occupation. Given that Sniper Elite 4 features the largest maps in the franchise thus far, that’s a lot of exploring to do, and a dozen different ways to pull off the perfect kill.

What do you think of Sniper Elite 4? Let us know down in the comments.