Coffee Stain’s Satisfactory is a city builder sim with several intriguing twists. The 2020 game, still in Steam Early Access, keeps growing its substantial fan base with a vigorous streaming and YouTuber community. Supported by frequent content updates, Satisfactory just keeps getting bigger. For the uninitiated, Satisfactory tasks the player with building elaborate production facilities on a sometimes hostile world. Of course, there are machines for gathering resources and converting the raw materials into components for ever more elaborate constructions. But there’s more! Satisfactory also has a combat component, mostly aimed at eliminating hostile planetary flora and fauna.

Update 6 includes new goodies for every aspect of the game, but seems to focus most heavily on expanding weapons and the environment. The game’s wicked weapons — the Rebar Gun, Nobelisk Detonator, and Rifle — get a slew of new ammo types. These include things like the ability to stun enemies, use homing bullets, nuclear weapons, and cluster bombs. Like everything about Satisfactory, controlling resources is the key to progress, including developing new types of ammo. The update includes an expansion of body slots for equipment, allowing specific gear on the head, body, arms, and legs.

The planet’s diverse array of hostile creatures (and farmable animals) have received an A.I. upgrade. I’m no expert, but they seem more reactive and deadly. Speaking of variety, Satisfactory has always focused on the challenge of building a base with sometimes limited resources and environmental challenges. The puzzle-like fun comes from taming the swaps, arid deserts, and vertical cliff faces. The environments look great, and with Update 6 the world gets even bigger. 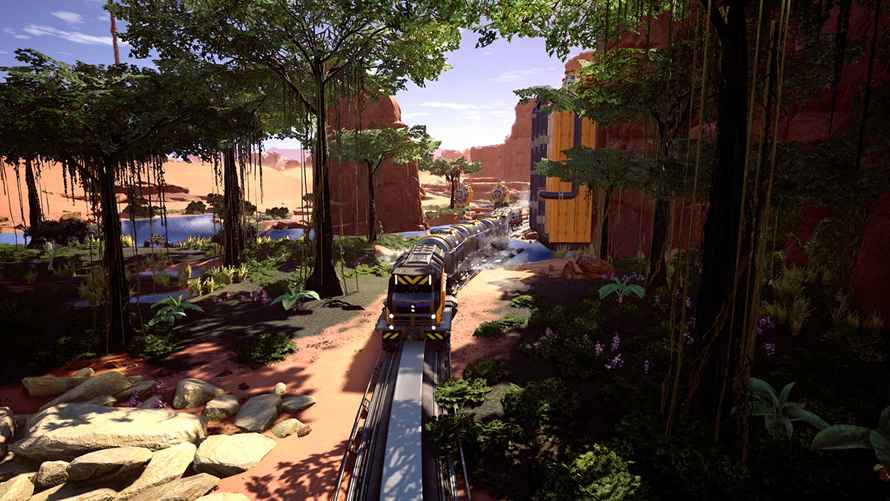 The poisoned Swamp gets a makeover, the weather is even more dynamic, and there’s a whole new tropical-themed zone called the Spire Coast. In a slight mechanical redesign, players can now place Map Markers, replacing the older Beacons. The Radar Towers still work as before, revealing the map in detail once unlocked.

I don’t know about you, but for me, any kind of repetitive manual labor goes by faster when listening to music. Coffee Stain agrees, because new in Update 6 is the Boom Box. I know, it sounds like a weapon but it’s really just a music player and you can find cassette tapes out in the world to add to your playlist. The Boom Box also includes a Turbo Bass feature, which has nothing to do with music at all. We won’t spoil the fun.

The list of less obvious upgrades, changes, and fixes is a long one. There are changes to the skill tree, codex, and in-game To-Do list. The save-game system has been fine tuned and as expected, there’s a lot of bug fixes. 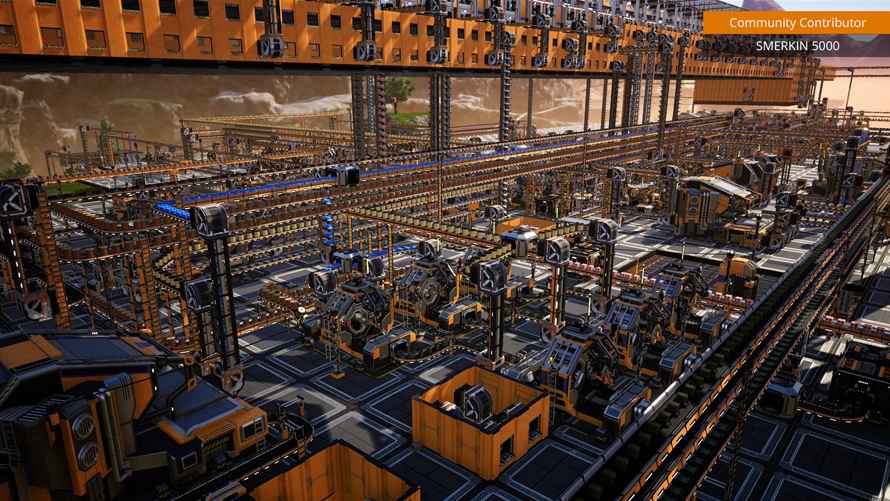 Satisfactory — like the best sims — encourages creativity, as witnessed by YouTubers like Let’s Game It Out, who’s built ridiculous structures by essentially breaking the game. Satisfactory remains endlessly engaging, whether your focus is combat or simply building efficient and elegant assembly lines. It’s also one of those games that has added several games’ worth of content as it moves through early access. Update 7 is rumored to be coming as Satisfactory nears version 1.0 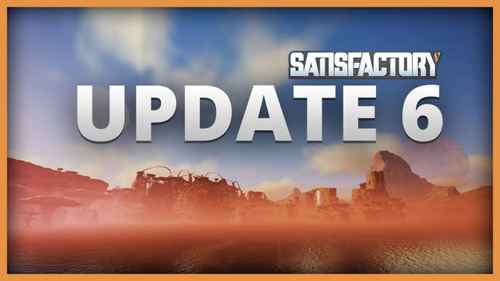