Mato Anomalies is one of those titles I wish I’d heard of earlier. I had no idea this game even existed before last week. That is a real tragedy because Mato Anomalies is shaping up to be something really interesting. Half cyberpunk detective drama, half urban fantasy dungeon crawler, it combines solid RPG mechanics with a comic book-style presentation. And while I only got to play Chapter 1 in this preview, the story itself feels ripped from the headlines. It does a great job of making the fantastical down to earth and the horrific feel uncomfortably plausible.

The game tells the story of Doe and Gram, two very different men with similar goals. Both of them wish to save the neo-futuristic city of Mato from falling into chaos. Private detective Doe fights by gathering information and solving cases. Driven exorcist Gram fights by plunging into the interdimensional rifts all over the city and slaying the demonic creatures within. When the actions of greedy capitalist Rich begin empowering the devastating Bane Tide under the city, the pair must team up. And they aren’t alone. When your back is to the wall, the enemy of your enemy is your friend.

To make a long story short, the demonic abominations known as the Bane Tide are leaking into Mato through subspace pockets called Lairs. Unfortunately, Lairs tend to appear near locations full of human suffering… and Mato is a capitalist hellhole full of human suffering. In order to stop the monsters, our heroes must also save the people.

A Detective and an Exorcist Walk Into a Bar

For some reason, I was unable to play through the Prologue—this preview build plunged me right into Chapter 1. Fortunately, the summaries and accompanying lore explained things well enough. I still spent the first few minutes being very confused, but I figured things out. The structure of Mato Anomalies really helped here. Doe and Gram have very different gameplay mechanics, but their lore is connected. The story transitions smoothly between them both, which let me pick things up on the fly.

Gram takes the lead whenever you enter a Lair. This creepy and antisocial exorcist is the team’s main fighter, so I saw a lot of him. He navigates through Lairs, fighting Bane Tide, solving puzzles, and uncovering shiny lore nuggets. All the actual combat is handled by him. In the real world, Doe explores Mato, navigates social interactions, and uses Mind Hack to interrogate people. This takes the form of a tense card game with the subconscious of your target. Different decks of cards have different rules. The minigame is way more complex than you’d expect as a result. I found Mind Hack to be far more difficult than any of the Lairs. 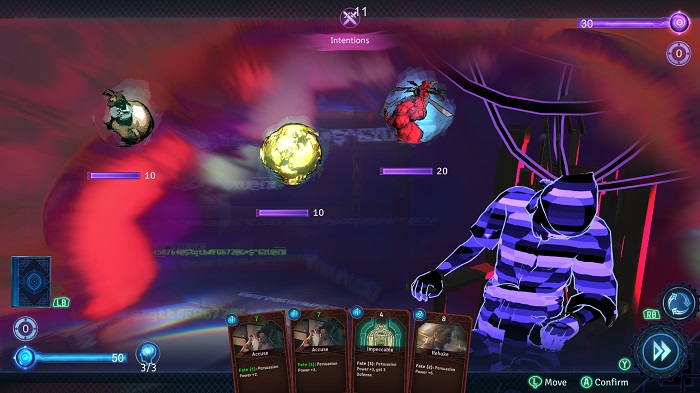 In this demo, Doe and Gram team up with the Butterfly Fairy, a Robin Hood-style thief for justice. Once, she was a legend who helped keep corporate giants in check. But after an incident in the past, she became stuck in a dimensional pocket—a Lair—full of Bane Tide monsters. Gram freed her and Doe is investigating her final target, Rich, so she’s determined to team up with them. The result is a high-octane caper that makes stock fraud interesting.

The dungeon layout and battle system remind me of Shin Megami Tensei and its spinoffs. This is a compliment. Meandering maze-like dungeons full of hidden items and surreal sights? Yeah, that’s the good stuff. Mato Anomalies adds a third dimension to its dungeon layouts by placing emphasis on stairs and varying heights. This adds a flair of uniqueness to the design of its Lairs. Also, it lets me peek ahead at the correct path even if I went down a dead end. The backgrounds do get repetitive rather quickly, though. 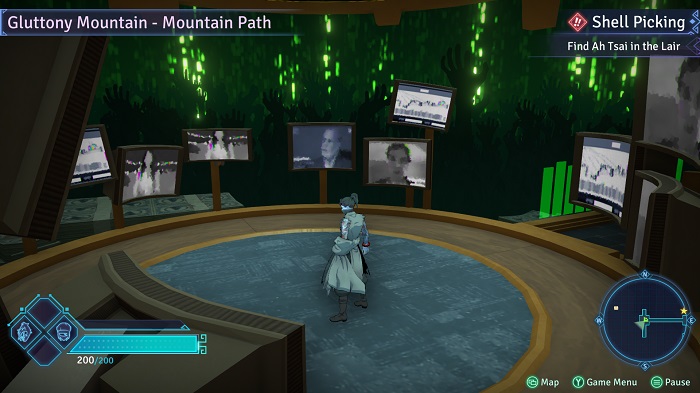 Alongside the main quest are a number of side quests. This lets the demo show off its side Lairs, which offer optional risks for optional rewards. Random Lairs offer even more rewards with a few unique twists, like a sanity meter and level-specific buffs. I enjoyed the opportunity to level grind and experience new mechanics, but this didn’t help with the repetitive visuals. Meanwhile, the enemy designs are bizarre and symbolic. I won’t call most of them remotely threatening, but I do like how outlandish they are.

This game features cooldowns rather than a mana system. Cooldowns remain unchanged between battles, which adds a real strategic element. Of course, you can also just autoplay your way through Lairs. That’s not always the best decision, though. As a general rule of combat, I found that it’s hard to go wrong with Butterfly’s traps. 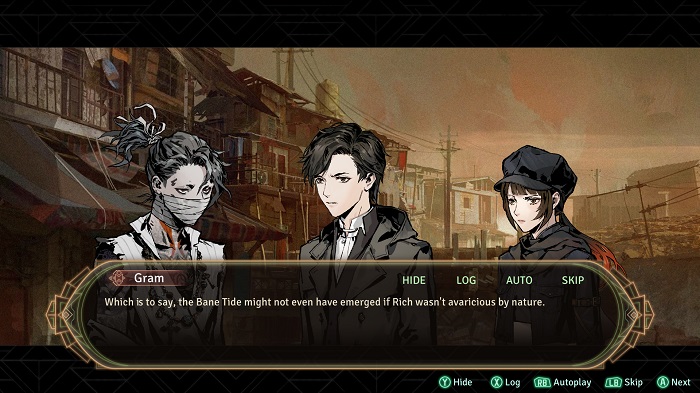 I’m really fond of the character designs. They hit a nice balance between stylish and plausible. Gram and Doe are anchored in the supernatural and mundane sides of the world, and they definitely look at home in their own gameplay segments. Butterfly does a neat job of looking stylized enough for the Lairs and subdued enough for the streets of Mato.

The Human Side of Dystopia

I really like the experience of wandering around Mato and taking in the sights. Watching passerby chat with each other as cats and dogs wander the sidewalk is very immersive. The city has its share of hologram advertisements, but it all feels unusually grounded for a cyberpunk setting. Some cyberpunk cities feel exploitative or divorced from reality. Mato feels like it was modeled after a real place. This makes it hit harder when you venture into the slums and hear the stories of the destitute. 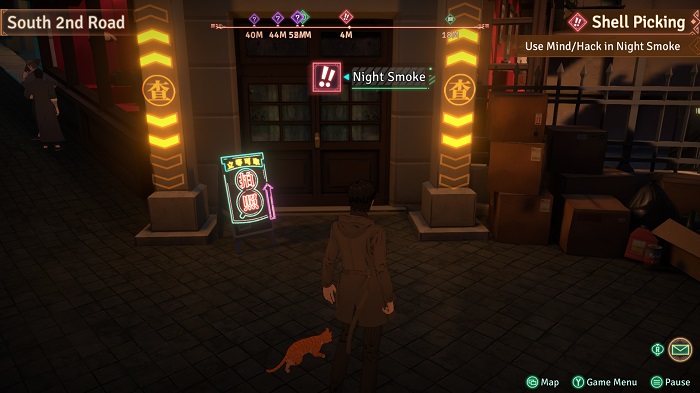 It’s clear that Rich’s Lotus Consortium is basically strangling the life out of Mato. Every element of the demo hammers in how rampant greed is killing the city and everyone in it. To save the day, the protagonists must fight back against Rich and the Bane Tide his actions empower. Every main story beat, side quest, and even lore-building conversations reinforce the connection. To slay the demons, Gram and Doe must fight capitalism or the human misery it generates will only create more Bane Tide.

Needless to say, I had fun with this preview. However, I do have a few criticisms to make. To start with, the controls are still a little finicky. I found a few chests I couldn’t open and it could be a real pain to enter Gram’s base. Some of the transitions in battle are jarring. The sudden shift of camera angles when multiple enemies attacked could make me faintly seasick. And while the graphics are pretty solid, some of the cutscene animations are a bit unnatural. And the mouth movements rarely match the voice acting. But there’s voice acting in three languages—English, Japanese, and Chinese—so I’m not holding the lip flaps against the developers. The English voice acting is serviceable. Butterfly and Gram are noticeably the best, while Doe sounds kinda wooden.

Mato Anomalies is definitely not a perfect game, but it’s a compelling one. I can’t wait to see where the story goes next. Hopefully, the next set of dungeons has more interesting visuals. 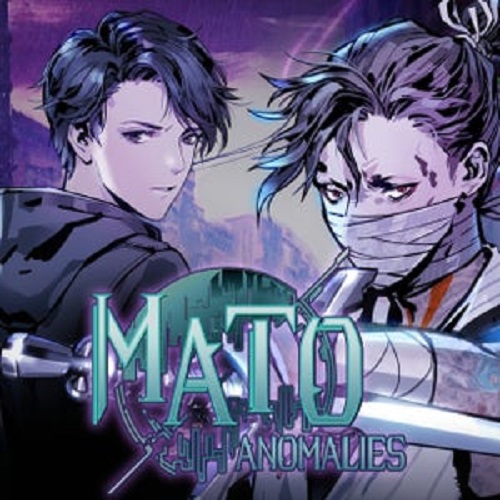 
You Can Wishlist Payday 3 on Steam Now