There are lots of games about flying a spaceship. There are even some games about building spaceships. But no game has quite the divide of building and flying that Cosmoteer does. With robust construction tools, gamers will doubtlessly be making X-Wings and Fireflies and Federation Starships in no time. But step beyond the constructor and you will find a pretty decent little space management game.

The big gimmick in Cosmoteer is the spaceship making. You place walls and corridors down, tile by tile, and fill your ship with different systems. You’ve got a bunch of different statistics to mind, so you’re going to want to make sure you have enough power being generated, that you have enough crew, and that your cargo space is big enough for any extra ammo or supplies you may need. Then you fly around a little galaxy from a top-down perspective, bump into space stations (often literally in my case), and claim missions.

The basic loop of the Cosmoteer campaign is pretty fun. You may have a dream design for your ship, but you are limited in how fast you can add upgrades. So you grab a mission, spend your spoils on repairs, and crew, and bits for your ship. And you repeat. While there is something of an arc to the increasingly difficult missions, I wouldn’t go so far to call it much of a story.

Though you can peacefully trade, it’s clear that this is a game about pew-pew lasers. There are three different sizes of cargo hold, but there are over a dozen different weapons you can graft to the side of your vessel. Zoom in and you will see your guys running from the engine room to the main gun battery and all over. This is probably the freshest element of the game. Once you figure out the rules, it becomes a game of efficiently. How can you minimize the distances crew need to travel to do their jobs? How fast can you make your ship’s operation? 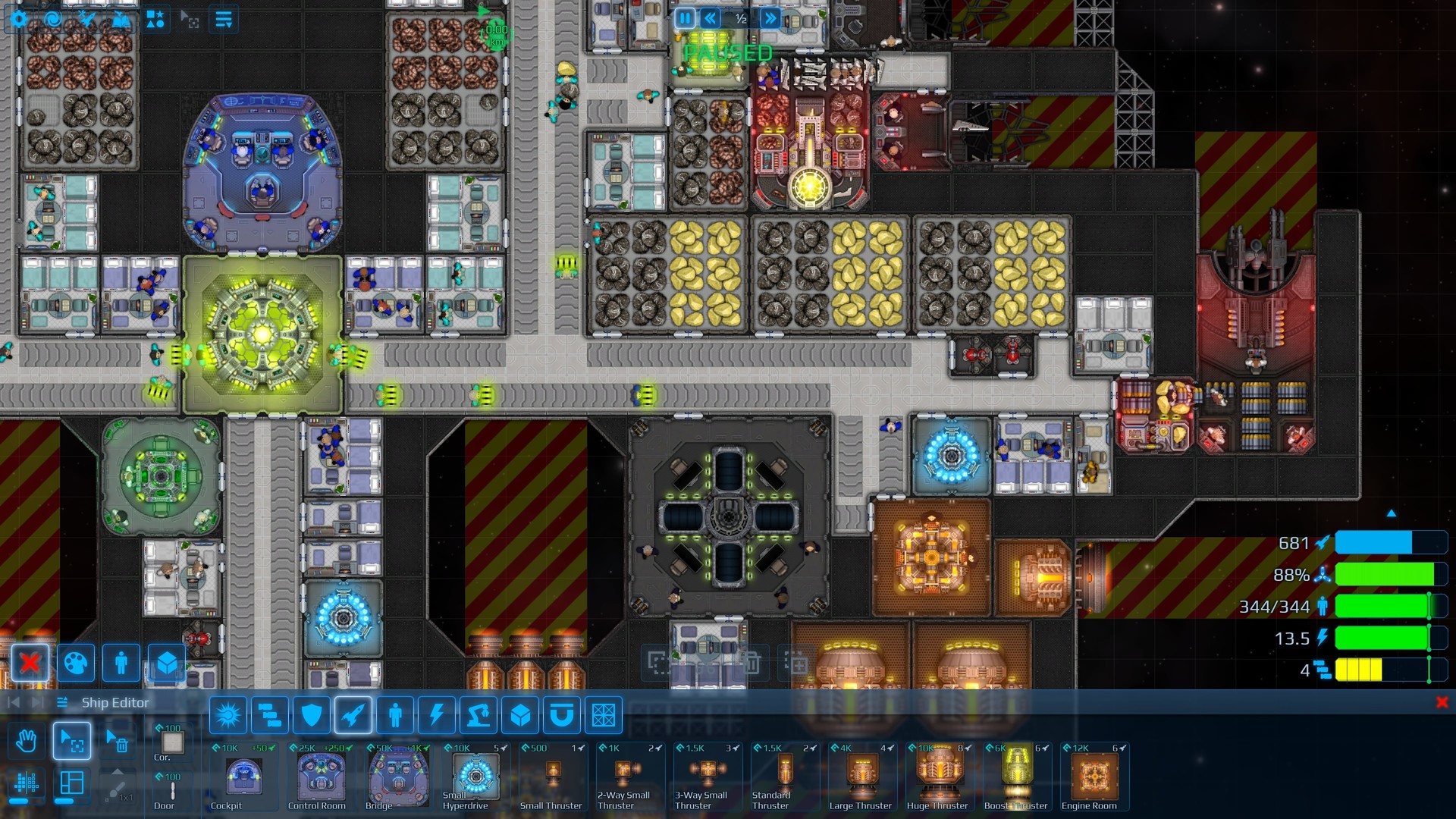 While you have some control over space battles, it feels kind of limited. You can target individual parts of the enemy ship, sure, but in all likelihood you are going to hit the outer-most components of the ship first, and slowly blast your way to the juicy reactor core. Then you can build paths for your identical lemmingslike crew, but you can’t really command them effectively. There’s enough control that you can pick what direction you are flying in, but there are no fine-controls for maneuvers.

Boundaries of the Universe

I grew pretty sick of the space combat pretty fast. It feels a lot less tactical than a game like say, FTL, which came out in 2012. That game gave you finer control over your weapons, your crew, and your utility gadgets. What it lacked though was a ship designer. And as I said, the Cosmoteer ship designer is pretty sweet. It ultimately becomes a matter of scale.

Bigger ships will almost always beat smaller ships, but only if they can figure out how to manage an increasingly complicated vessel. This isn’t really a game that offers multiple play-styles. The way to win is to constantly scale up, ensuring you have more firepower than your enemies. I wish that there was a little bit more to Cosmoteer. 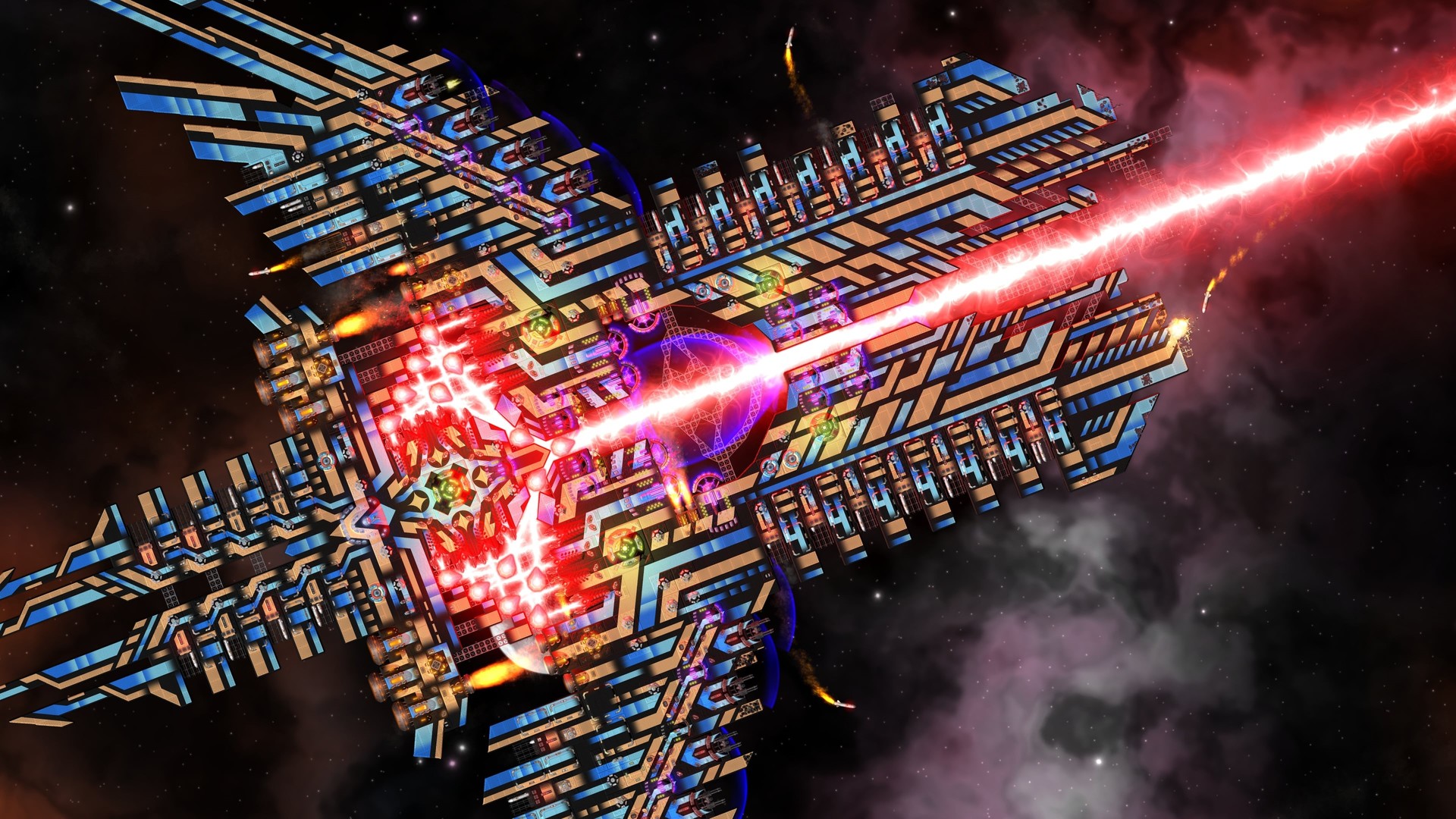 One Size Fits All

I love the central conceit, I just wish there were more successful designs. There’s a version of this game where small maneuverable fighters, or skilled pilots, overcome the biggest guns. Without those options though, it simply becomes a matter of more bigger guns. It’s essentially an autobattler. Space combat plays out like an RTS with only one unit, and the winner is always the person who brought the biggest army. 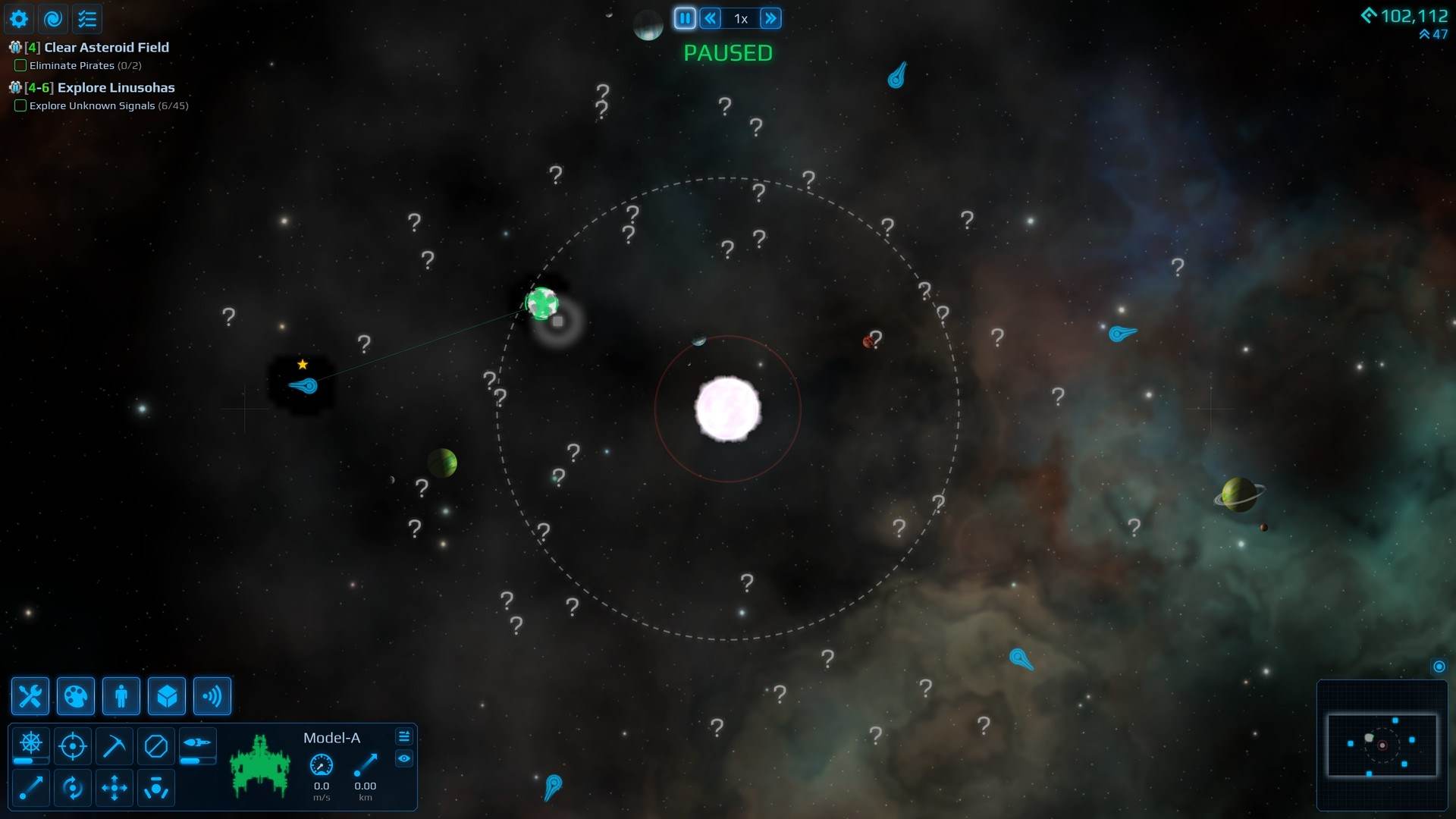 Where I think Cosmoteer will really come to life is in the mod scene. I relish the opportunity to see what much more talented shipbuilders than me come up with. And all of those copyright unfriendly ships I mentioned? I want to fly those. Once I can download the Rocinante, I don’t think I will ever go back. There’s also the potential of a very deep and involved total conversion. How cool would this game be if they reskinned it into Star Trek? Then we can really see who would win in a space battle between Klingons and Romulans.

I like Cosmoteer. It sort of relies on one simple mechanic, but it’s a really good mechanic. There’s the chance that as the game moves through early access, it will gradually scale up in complexity. It’s happened before. Currently, Cosmoteer feels like a smaller version of itself. But if No Man’s Sky can have a redemption story, why not Cosmoteer? Once this game gets a dedicated community, it has the potential to grow into something really special.

Snowrunner’s Latest Trailer Shows Off Upcoming Season and Content
Next Gungrave G.O.R.E Blasts Away the Decades
Previous Mato Anomalies is About Slaying Demons and Fighting Capitalism