To those gamers lucky enough to get their hands on a PS5 by now, congratulations. You’ve probably already fired up your new next-gen machine and are well into exploring some of the amazing game titles it has to offer. But you might want to put your DualSense controller down for one second. There’s still one important component you need to think about: connecting cables. The right connecting equipment is must if you want to get the most from your new PS5. And the PowerA Ultra High Speed HDMI Cable is made exclusively for the PS5. I’ve had the chance to check it out over the last few weeks, and I’ve definitely been impressed.

First off, the PowerA Ultra High Speed HDMI Cable supports up to 48Gbps bandwidth. Why is that important? Well, first of all because it means greater framerates and resolution. On a 4K display, it promises a smooth 120fps (60fps if you’re lucky enough to have an 8K). I tested it out on my 4K TV, hooked up to my PS5. Playing FPS games like Call of Duty: Vanguard, there was a small but noticeable upgrade in framerate from my regular HDMI cables. Screen tearing was a non-issue and image quality maintained a high level even when I moved quickly and side-to-side. 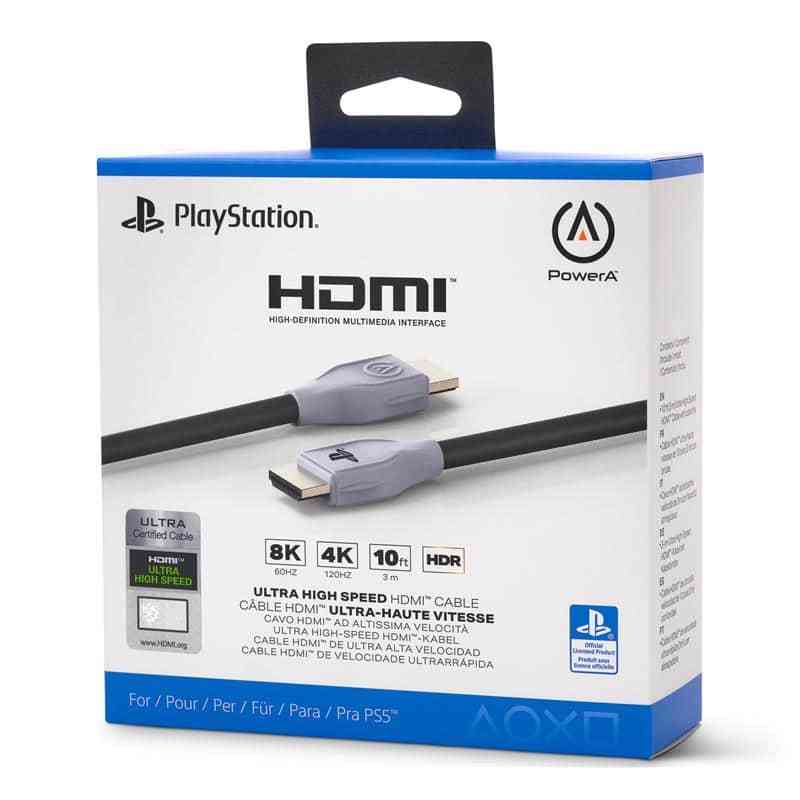 In visually stunning games, like God of War, it brings visuals a new pop and sparkle. You really notice this in close ups of faces. Kratos’s grumpy mug never looked better. And in cut-scenes with a lot of action, the cinematic polish really gets a new boost with the PowerA Ultra High Speed HDMI Cable’s heftier bandwidth capacity. It isn’t a night-and-day difference, but for games you’ve been playing a lot, you’ll see a bit of crisper look to your favorite titles.

Take Ghost of Tsushima (my current addiction). This game is one of the most visually stunning titles ever, and a big part of that is the use of shadow. When I played using the PowerA Ultra High Speed HDMI Cable, Jin Sakai’s face was more visible and detailed under the shadow of his samurai helmet. What had been mostly a uniform black patch of shade was now more defined and I could make out his features more distinctly.

Campfires were another good example of what this new cable can do. It was subtle, but individual flames were more pronounced than before. There was also more of a range of reds, oranges and yellows. It’s not so much that more colors were displayed. It’s that within the colors, more detail was visible, more like a photograph might look. Like I said above, it’s something that you might miss if you weren’t looking for it. 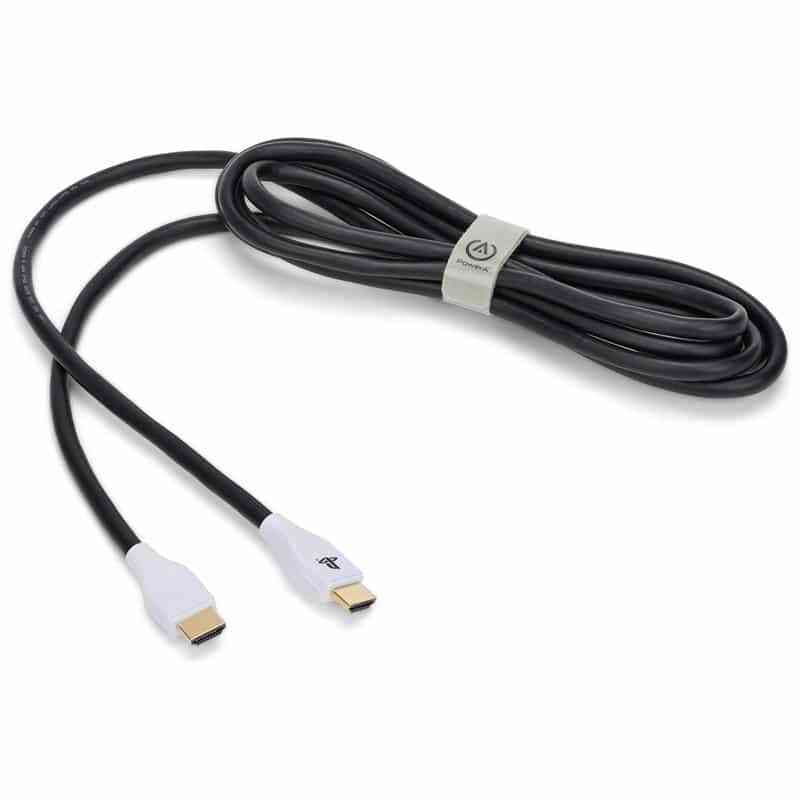 For those of you into sound quality, the PowerA Ultra High Speed HDMI Cable is an upgrade in that area, too. It supports eARC, or Enhanced Audio Return Channel. This really comes into play with Ultra High-Def media like Blu-ray, which are 4K. If you use a soundbar or receiver, you’ll notice a truer sound quality due to the higher bandwidth and speed. Playing a game on a TV like I do, though, you may not hear this difference. I didn’t sense as big of a sound boost as I did with the visuals.

Overall, the PowerA Ultra High Speed HDMI Cable is an easy way to boost your PS5’s visuals and maybe even sound. As I mentioned, this isn’t a massive difference. It’s more of an extra polish, a fine tuning. But if you play fast-paced shooters, or you appreciate the visual details on some of today’s AAA PS5 games, this cable upgrade is worth the $40.00 investment.

GIANTS Software to Partner with Volvo CE in Farming Simulator 22
Next Spicy Strategy Comes to PC with Dune: Spice Wars
Previous Diplomacy is Not an Option is a Surprisingly Deep and Engaging RTS