Diplomacy is Not an Option Preview

It’s the Middle Ages. You’re a king, and you’re bored. You spend your days counting geese in the sky, day drinking, and handing out bags of gold to your wife and daughter. One day, instead of a pile of tax money squeezed from your people, you’re greeted with news of a revolt. It’s time to act, to defend your castle and put down the rebellion. Diplomacy is Not an Option. Might is right. Right?

Now in Early Access on Steam, Diplomacy is Not an Option is a classic real time strategy game. You have a castle, some surrounding resources and a few workers and soldiers. Your goal is to build your castle’s economy and defenses and prepare for an onslaught, either by rebel citizens or invading armies. At some point you will need to expand, build distant strongholds and defend them.

Simple and Complex in Equal Measure

If you’ve played RTS games like Age of Empires, you’ll have a pretty good idea of how to get started. Diplomacy is Not an Option has a clean and simple interface. It never overwhelms the player with too much information. At the same time, it’s easy to find what you need to know. As with every good RTS game, there are a lot of choices. You can focus on resource production. Or, you can build up massive defensive structures and forces, and even use magic. Visually, Diplomacy is Not an Option may fool you into thinking it’s a pared-down strategy game. It isn’t.

In fact, Diplomacy is Not an Option can be pretty demanding. For one thing, physics, line of sight and other battlefield considerations play a big part in success. Building placement is critical. Some of the more tedious aspects of management have been streamlined. You don’t need to assign workers to gather resources, for example, once you build the appropriate structure. I really liked the balance of accessibility and complexity in Diplomacy is Not an Option. There is a pretty good tutorial, as well. 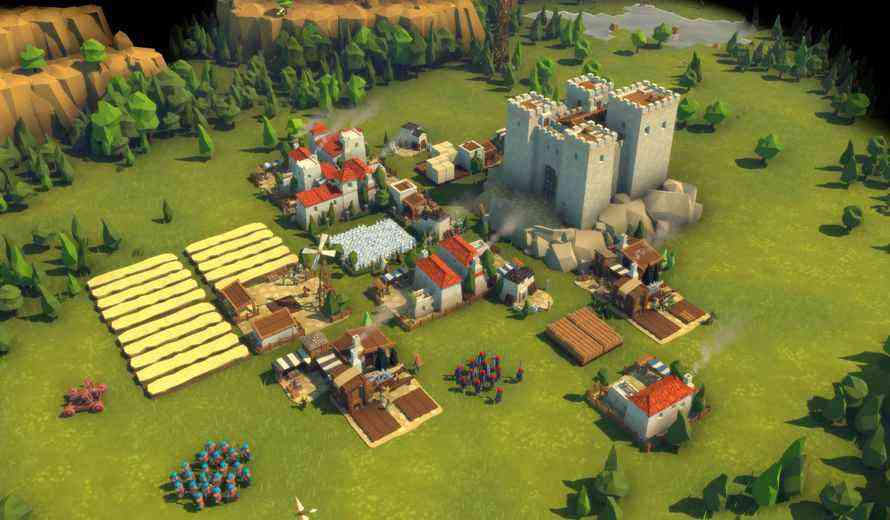 There are two ways to play Diplomacy is Not an Option. The lengthy campaign starts you with a basic castle and a taxpayer revolt and expands from there. If you prefer to just build without constraints, there is also an Endless sandbox mode that gives access to everything from the start.

Diplomacy is Not an Option has a couple of other tricks up its medieval sleeves. For starters, invading armies can be massive. The game claims forces of ten thousand soldiers but I didn’t count their little heads. There is also a lot of emphasis on social structures. If your people aren’t fed, they will starve and die. You’ll need to build cemeteries and hire gravediggers, because unlike in many games, dead bodies don’t simply vanish. Your people can also be visited by plague and other diseases.

Unlike many RTS games, Diplomacy is Not an Option is single player only. Happily, its AI enemies are pretty capable. The normal difficulty setting provides more than a decent challenge. 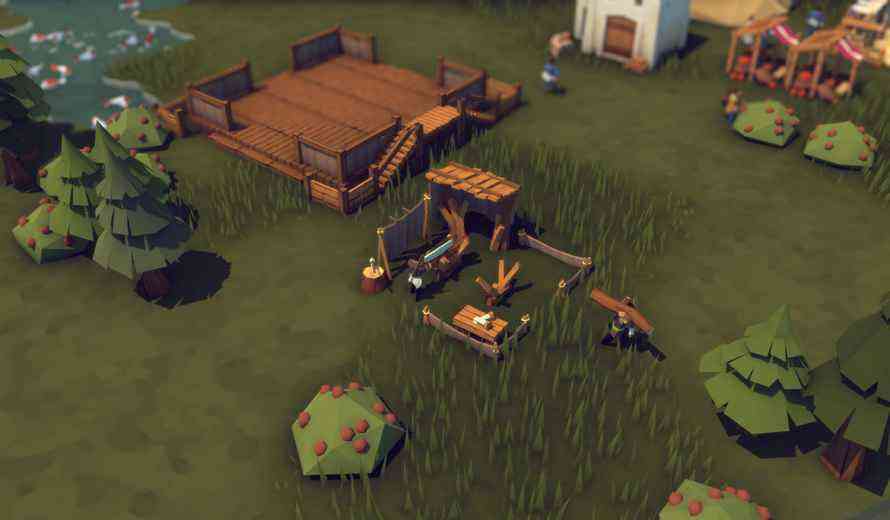 The game’s audio is pretty minimalist. There is a narrative voice announcing important events and each unit type has a short, associated sound. Environmental audio is pleasant. Battle effects are a little underwhelming. 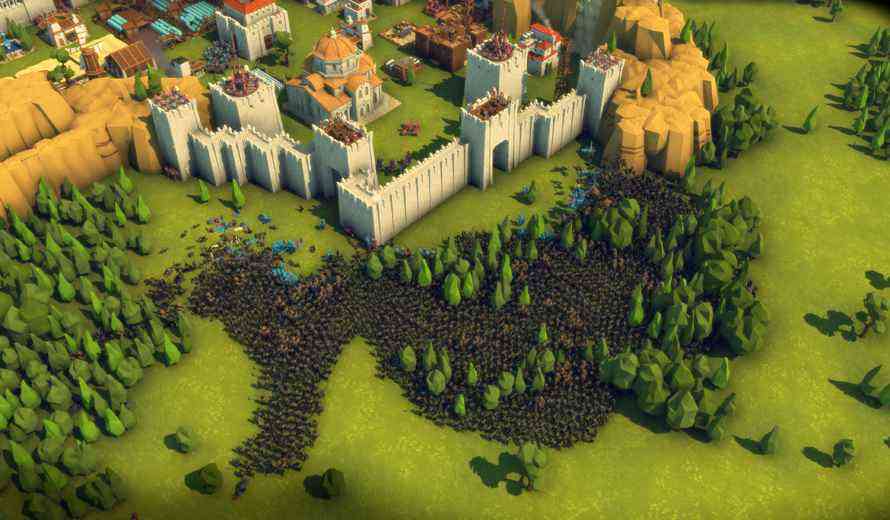 Given its cartoon aesthetic, I was pleasantly surprised by Diplomacy is Not an Option. It has engaging gameplay and more strategic depth than I expected. It’s a simple game to understand but not an easy one to master, which is a winning combination. Diplomacy is Not an Option is not just about building military forces. Economics, morality, magic and greed are all part of the equation as well. I look forward to following Diplomacy is Not an Option as it moves through Early Access to full release. The developers have a lot of cool features, additions and improvements on the roadmap, including a map editor.

** PC code provided by the publisher **